Hit enter to search or ESC to close
Culture & Travel

By The Sundial PressJanuary 29, 2016 No Comments

This week began with very satisfying news coming from our BDA: a Tarantino retrospective was to be organized both on campus and at the local cinema Opéra. From Pulp Fiction to Reservoir Dogs, from Inglorious Basterds to the most recent The Hateful Eight, you have had – and still have ! – plenty of occasions to satisfy your cinematographic hunger. For you, the Sundial Press has interviewed three members of the Bureau and now disclose their Tarantinian preferences.

The Sundial Press: What was the first Tarantino movie you saw? Can you tell us more about this experience?

Rita Kadaoui: The very first movie I watched was Inglorious Basterds. I had already got glimpses of the Kill Bill movies from when my father or brothers watched them but was not allowed to watch the movie with them supposedly because of all the blood and violence. When I finally got my hands on IB, I just binge-watched it an entire afternoon and night non-stop. This also happens to be the movie that first triggered my love for cinema.

RK: Keeping in mind that I still haven’t seen The Hateful Eight, I would say Inglorious Basterds, very closely followed by Pulp Fiction.

TSP: Do you have a favorite line that particularly stuck with you after you heard it?

RK: There are soooo many of them… I would go for either “The night of the fight, you may feel a slight sting. That’s pride fucking with you. Fuck pride. Pride only hurts, it never helps. Fight through that shit” or “It’s unfortunate what we find pleasing to the touch and pleasing to the eye is seldom the same”, both quotes from Pulp Fiction (the entire script of this movie is a chef d’oeuvre, i really struggled to pick only two).

RK: I don’t know if it’ll be as great as the others, but I know it’ll be very good for sure. Tarantino just couldn’t possibly make a bad movie, even if he wanted to.

TSP: What was the first Tarantino movie you saw?

TSP: Can you tell us more about this experience?

AL: I encountered through this movie an exceptional dialogue writer, a king of digression but most of all a pop culture master. Just like Mélanie Laurent, we all dream of killing Hitler since we were five years old and Tarantino offers us this revenge on History in the most inappropriate, primal, exhilarating way. The bar scene and the cards scene are in my opinion nonsensical, tension-filled peaks of this Occupation western.

AL: To me, Pulp Fiction goes way beyond the easy title of “Tarantino’s best movie” in the sense that it has become the epitomy of a generation, not his movie anymore so to say. Therefore I’d answer Reservoir Dogs, which gathers the whole essence of Tarantino’s cinema: its theatricality, its relation to pop culture and its mise en abyme.

TSP: Do you have a favorite line that particularly stuck with you after you heard it?

AL: “We’re gonna be doin’ one thing and one thing only… killin” Nazis ” (Aldo Raine in Inglourious Basterds). That’s how I think Tarantino pitched his movie. Who wouldn’t have gone for it?

AL: A good Tarantino, without much novelty but very efficient. Two, three memorable scenes. I am too into it to be reliable on the matter.

AL: What makes Tarantino’s genius for some and dullness for others is his immense passion for cinema. He feeds on genre cinéma; each and every one of his movies are first and foremost about cinema itself. A pop Kubrick who was constantly fed “B” movies and hemoglobin.

TSP: What was the first Tarantino movie you saw?

Chloé Fournet: Kill Bill (the first, then the second).

TSP: Can you tell us more about this experience?

CF: I really fell in love at first sight with this movie. It allowed me to discover Tarantino’s universe. I lovede everything, every single thing. The story, the plot, the soundtrack really got into my skin, I was really into Kill Bill.  I was surprised that I actually liked this kind of movie; I don’t usually like violent and bloody films, nor mangas such are the ones used to tell O-Ren Ishii’s childhood. It really changed my way to watch movies and most of all to think about the role played by the soundtrack. I watched it again the week after. Then I just watched all of Tarantino’s movies in the following ten days. I am not an expert but I definitely fell in love with his work.

CF:  Pulp Fiction is definitely a masterpiece. It’s the movie above every other one, in my opinion. It’s pure Tarantino, that is to say incredibly well thought; narrative flashbacks and flashforwards keep us on tenterhooks and allow us to plunger in Tarantino’s universe. I loved the moment we come back to the first scene right at the end. The cast is great, the soundtrack really fits the movie and makes it take on a new dimension (just like in every other movie to be honest). Anyway, nothing wrong in this movie, it’s definitely the best one. Okay, I hesitated between Pulp Fiction and Jackie Brown. The latter is less famous but just as great as the others. I also thought about Pulp Fiction because as Adrien said, it became the movie of a whole generation. Way more than “only” a Tarantino movie. It has gone beyond its mere director. Yet my favourite movie is still Kill Bill – I cannot bring myself to choose between the two of them, that is why I say “my” favourite movie, singular -. Everything in Kill Bill is perfect: first and foremost the actors (Uma Thurman, David Carradine…) but also the soundtrack, the plot, the stageplay, the martial arts, the scenery… Maybe it’s because it was the first movie I saw from him – but I can rewatch it endlessly.

TSP:  Do you have a favorite line that particularly stuck with you after you heard it?

CF: I don’t have the exact quote but the most impressive moment for me was the one where Aldo Raine (in Inglorious Basterds) carves a swastika on a Nazi soldier’s forehead (so that he keeps the “Nazi” label forever and is never allowed to be an Average Joe again). I found this image and thought process so interesting. Tarantino’s genius at its acme, once again.

CF: Still haven’t watched it… I knew we were going to organize the retrospective, so I decided to wait. Talking about waiting, I am looking forward to Friday… I know that critics have been quarelling and that people are globally disappointed compared to his previous one (Django Unchained, a brilliant one by the way) but I love his closed-door movies. It is almost like getting back to the very roots of his movies, with his first (Resevoir Dogs) for instance. Yup, I love all his movies, I’m kind of annoying, heh? Even though The Hateful Eight does not seem to be the one movie we were all waiting for, I am way too much of a fan and will certainly not be objective about it.

What about non-BDA members, random people who might – or might not – have attended the retrospective? Madeleine Jacomet, second year student enrolled in the Euro-American program. “I really wanted to go and watch a movie,” she told me. “Great initiative. But I have a very messy schedule… I really wanted to watch Inglorious Basterds. I’ll watch it at home, though it will definitely not be the same experience. I’ve heard a lot about it; it was one of the first movies to ridicule the Nazi regime even though it was still a very sensitive subject in Germany. I think it shows how cinema can express certain things that are in real life still very offensive”. A great deception for Madeleine, who will have to wait for a sympathetic friend to join her to watch one of Tarantino’s greatest.

On the other hand Lou Tribout, second year student enrolled in the Euro-African program, got the chance to attend one of the screenings over the week. She was really enthusiastic about the whole event. Even though it was far from being the first Tarantino movie she had seen, Reservoir Dogs was really enjoyable. To her it was apparently the atmosphere during the screening that was important. Watching it on one of the biggest screens available on campus in good company was definitely a great experience.

Amazing performance, then, for the BDA. Minor problems could have hindered the week but did not manage to cloud the great mood everyone was in. It is hard work to organize such a hectic week, book rooms and gather enough students for each screening – yet our advice, seeing how well it went, would be to do this again and hopefully… ASAP? 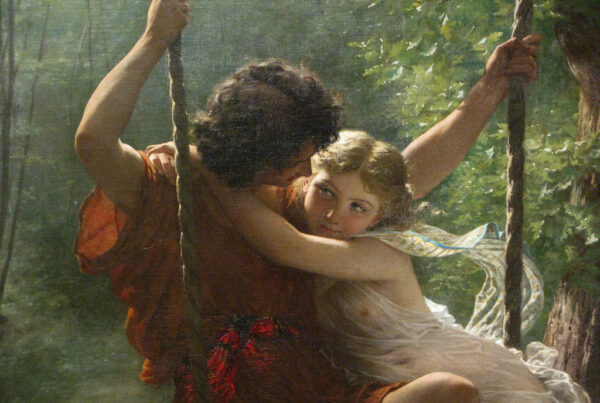 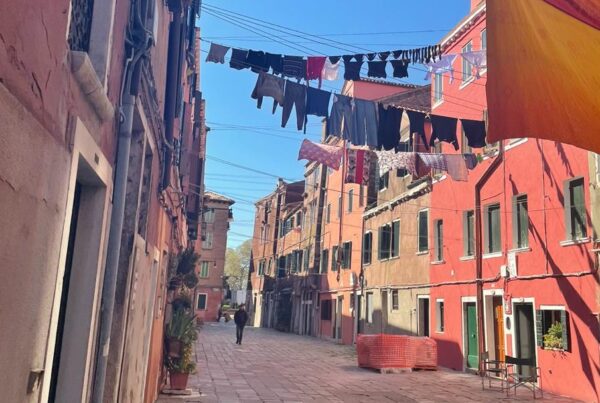 Experiences in Venice for Under 10 Euros 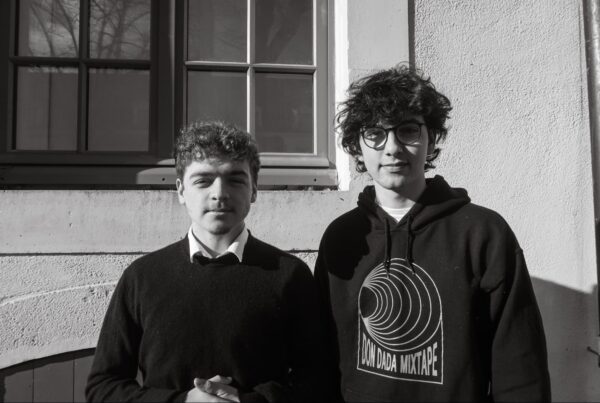