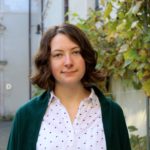 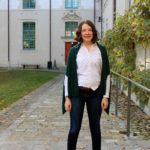 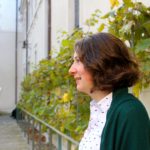 First off to introduce yourself, three facts about you.

My name is Emily Beiser. I come from Philadelphia. And I am running for Student Rep !

Why would you like to be a Student Rep?

I would like to help students by representing them. I think that I have quite a few ideas about the ways institutions should be run so that everybody is better off. I also generally like helping people, not in an altruistic way, but I think I’m good at listening to people.

Yes, I was Student Rep in my High School for a year. I didn’t run for re-election because thankfully, I felt we were not needed. We did BDE kind of stuff (social event planning), which I didn’t find all that interesting, but our administration was very flexible. Everyone who had a problem could directly deal with it. What I did (as student rep) which was interesting was interviewing candidates for the new head of  school, and then giving recommendations to the committee who oversaw the selection of the head of school. I was also stage manager of the theatre, which consists of scheduling, resolving conflicts, solving issues… Lots of thing a Student Rep does!

What would be your main aims and missions as a Student Rep?

I would say I’m one of the most suitable, I’m very excited to work with other students. I think my experience in leadership in the past has really well prepared me. I do not escalate things, I think I treat people with a lot of respect and dignity. I think I’m aware of the different roles of administration and students. And I’m prepared to serve the students.

Miscellaneous question: If you were a famous political leader, who would you be and why?

I hope I would be Emily Beiser. I guess you’re talking about who I look up to. I think I would say Ruth Bader Ginsburg, because she’s awesome. She’s a Supreme Court Justice, not a politician, but certainly a great leader.