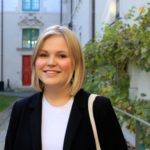 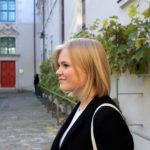 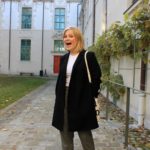 Introduce yourself and three facts about you:

My name is Teresa Artjoki, I’m eighteen years old, I come from Helsinki, Finland, but I lived in Brussels for fourteen years of my life. Three facts about me; the first one would be that I have a very deep interest in economics. Second fact about me is that I’m vegan. Third fact about me is that I like jazz music a lot, just because I feel that my internal monologue if it were to be a music would be jazz; there’s both chaos and order in it.

Why would you like to be a student rep?

I am a very community-oriented person; I feel that partly comes because of my Finnish culture and we have a strong sense of responsibility towards each other and our environment and living in this union where we all support each other. And that’s something I want to implement in the Sciences Po community as well, because I feel that I’ve integrated here very well and I want to give back to that community.

I was on the student board at my last high school, I was representative of the union of upper secondary students in Finland, which is basically a union for students’ rights in all high schools across the country. So my task was to make sure that during the reforms that were happening around that time and the budget cuts in education, our student rights were not jeopardised. I feel I can draw a parallel between the situation we had there and the situation we have now with the reforms, because in these processes of transition you need to have the strong stance that novelty of the reforms is not going to jeopardise the rights of those that are still studying within the old programme.

What would be your main aims and missions as a student rep?

I want to work within the frameworks of what is already in place but that isn’t working well. One of them is the administrative side of our academic life. So first of all I would like to establish a shared platform for reviewing courses, because I know that students do that already but it would be nice to have a centralised platform for us to know what the courses are about. The same could be done for mid-term and exam preparation material to make it accessible to everybody.

I feel that I have a very strong network of people here – I’m a very sociable person. Already during the integration week, I would go up and talk to everybody, mainly because I speak English and French. So I feel like I personally know quite a large population of our cohort and as a student rep I feel like that would be very useful for me, because I would be an approachable person for everybody.

If you were a famous political leader, who would you be and why?

I would say Tarja Halonen, she was our first Finnish female president. I feel like she was a very strong figure without me knowing it, in my feminist upbringing in the sense that I grew up having this very strong woman leading my country and from that point onwards it was very obvious [to me] that women should have the equal opportunities, should be in charge, should obviously be presidents if they had the competence and if people vote for them. So I feel she definitely was a key person in this paradigm shift that I went through as a kid.