France’s Election is a Referendum on Western Civilization

By The Sundial PressFebruary 24, 2017 No Comments

One weekend earlier this month, Lyon was transformed into the political capital of France. The partisans who filled sports arenas and exhibition centers across the city could not have been more different in their mannerisms, identities, and political affiliations.

Lyonnais “marcheurs,” apparently older than their Parisian counterparts who flocked to see their candidate speak in December, leisurely strolled through an intricate maze of deliberately constructed barriers to reach their seats. They were greeted with a fantastic array of colorful pastel signs and French and European flags, undoubtedly provided for by a large budget. These not only made for wonderful souvenirs but also an eye-catching display on camera.

The next day a throng of “insoumis” joined a line in front of the Eurexpo hall on the outskirts of Lyon, where vendors hawked Heinekens and Marxist quotidiens. Though people of all ages were assembled, the crowd was notably young and could easily be caricatured as hippies. When organizers started turning fans away from the auditorium due to room capacity limits, they rushed a momentarily unguarded door. Their candidate, a true man of the people, soon came out to personally placate the agitated crowd.

As he spoke, supporters of the nationalist right gathered across town to hear from their champion. This reporter could not be in two places at once. However, the general feeling there might well be characterized by the defiant On est chez nous chants that rocked the convention center.

There seemed to be a certain electricity to each cohort, a sense of urgency and the realization of an outlet for deeply held passions about the direction in which France ought to be headed for the next five years. If in the off chance these supporters did not seem to express the unique nature of this election, the candidates certainly did. In a twist, the spotlight shined almost exclusively on the three outsiders in the presidential race for a weekend.

What we consider to be an outsider candidacy is a fickle thing. Are we to say that anyone operating outside of the traditional party structure is one? Or is this label earned by specific policy positions?

Emmanuel Macron leads a movement that has irrefutably disrupted the French political party system. He has torn centrists who would have otherwise gone for Juppe and Valls from the grips of their old parties; neither of the left, nor the right, he says. Those on the left flank of the Socialist party say his anti-system credibility is nullified by his tenure in President Hollande’s government; they say that a former Rothschild investment banker can’t possibly be a disruptor, that he embodies the status quo.

Then there’s the pugnacious Jean-Luc Melenchon. That weekend in Lyon he was ever the rabble-rouser, reciting lines about his opponents that led the crowd to boo and jeer. He condemned France’s “monarchical presidency” and made his case for the implementation of a sixth republic. The end of his speech was punctuated by the crowd’s chants of “Resistance!”

This is Melenchon’s second run for the presidency and his first at the helm of his own personalized political movement, France Insoumise (Rebellious France). He’s been in politics longer than Macron, but his policy agenda is significantly more radical, even in the context of this exceptional election.

From an ideological standpoint, Melenchon is the clear disruptor when comparing the two. Macron has simply repackaged the elements of French liberalism (not to be confused with American liberalism) and progressivism and presented them to a new and dynamic, if unstable, political coalition. But Melenchon is the expected disruptor, and his campaign’s attitude is more predictable (unless he chooses to bow out in deference to Hamon). Macron, who has run laps around the major party establishments, is the wild card this time.

Marine Le Pen’s success is also surprising despite her representing a party which, no matter the anti-establishment stances it adopts, has competed in electoral contests for decades. Her father reaching the second round of the presidential in 2002 was a shock to Frenchmen across the political spectrum. The FN is an institutional fixture of French politics which can trace its ideological roots back not just to the Vichy government, but also to the “legitimist,” counter-revolutionary strain of the French right wing. And indeed, the FN of 2017 leads the counterrevolution against globalization–the point that Mme Le Pen hammered hardest that Sunday in early February–on behalf of old supporters, and now also disaffected left-wing industrial workers in Alsace-Lorraine.

But the current state of the FN is one stage of a gradual evolution. This evolution will continue in its current form under Le Pen lieutenant Florian Philippot or take a sharp detour toward the social conservatism the party recently put on the backburner, under her niece. If the elder Le Pen doesn’t manage to win this time, a different FN with a new group of energized supporters could potentially take it into 2022. There’s tumult and dissent bubbling below the surface of this apparent monolith, even as it narrows the gap in second round polls.

However, there is agreement within the party on the issue of Europe, and in this regard Melenchon and Le Pen are very similar. To resounding applause, Melenchon declared at his rally in Lyon that progressive policies are incompatible with the European budget treaty. As president, he’ll leave the European Union if France is unable to extract appropriate concessions from the bloc (but this is his “plan B”), a quasi-Frexit. He also opposes the creation of a common European defense force and favors increased cooperation with Russia in Syria–stances he says will prevent wars. Doesn’t sound too different from Le Pen, does it?

But Melenchon is different, if only in the way he justifies a proposal very similar to Le Pen’s. She paints the picture of a nation besieged by Islamic terrorism brought to France by the same winds which carried McDonald’s and the iPhone. To the FN, Euroscepticism is about retreating into fortress France, one of the West’s final bastions against a dangerous world by limiting migration and preserving the core of a common French culture. It’s also about the nation’s ability to determine for itself the path that it will pursue, without pressure from Brussels.

His Euroscepticism is motivated by opposition to the free movement of goods and capital, not people. He comes from the perspective that the election in May is not only about how France chooses to define itself as a country, but rather how it will maintain its leadership as a contributor to human progress. National pride is less important to him than crossing new scientific frontiers and leading the worldwide fight against climate change.

Macron on the other hand sees France’s role in the world as a manifestation of the progression of liberal values. He surveyed French history that weekend and invoked figures from Victor Hugo to Charles de Gaulle to Philippe Seguin in his speech. For him, this election is a civilizational referendum on the future of western democracy–will it be won by the likes of ventriloquists who claim to speak au nom du peuple or those who stand for the values of the French Revolution?

He sees France’s new mandate in the world in relation to the United States’s abdication of the “mission of world peace” it pursued before Trump. France in Macron’s view is not only the birthplace of modern liberal values, but also one of the few nations left capable of filling the global leadership vacuum left behind by the United States. Possibly the most memorable, and most loudly cheered, line of his speech was one about inviting American scientists to continue research in France that they fear might be blocked under the new White House. Likewise, he pledged to boost French military spending to the two percent of GDP benchmark required for NATO membership.

Each of the candidates places his or her campaign in the context of the broader sweep of not only French but also human history. This battle isn’t a colloquium on the policy differences held by members of the political establishment; it’s a proxy for a civilizational struggle most visibly waged outside of the traditional party structure. 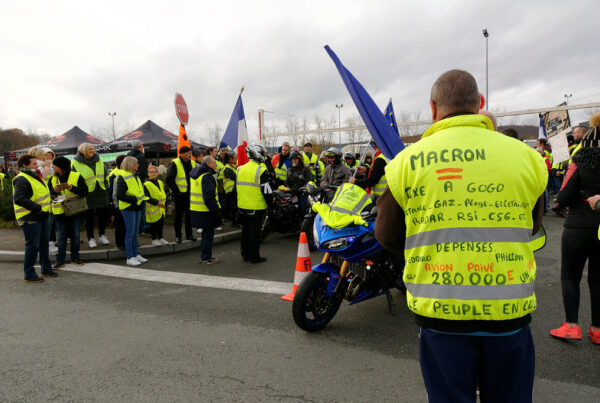 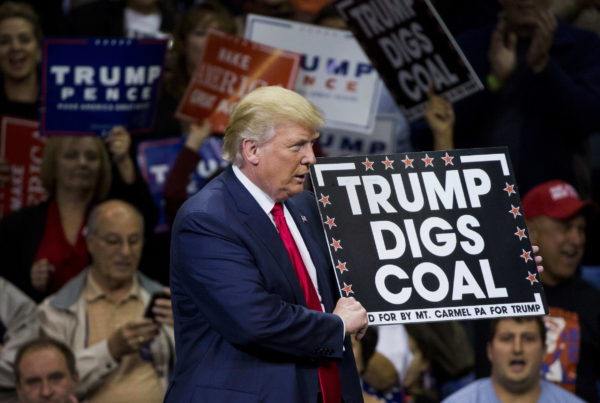