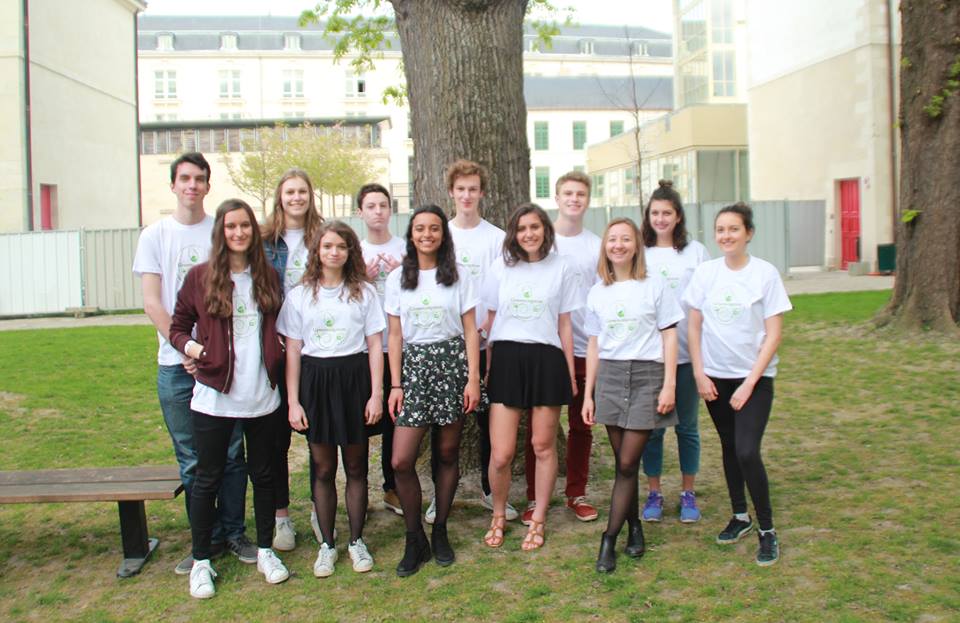 The debate that took place on the 19th of April between the two lists running for the leadership of the Sciences Po Environnement bureau — Greenception and SPEcimen — proved to be substantive, non-confrontational and informative.

Cyrielle Goldberg, the president of the Greenception list, declared that the main priority for the list would be “being a stronger bureau in Reims”[1]. She elaborated: “Our main points are to develop the panier bio, especially for those who benefit from bursary funds; to do another COP simulation, because the COP 22 worked really well. Regarding the city itself, we’d like to be further implanted inside the city with more partnerships, more deals with restaurants, and more initiatives to have a greener city and be more present.” Grégoire d’Allest, Co-Head of Communications, added that for Greenception it is also important to impact other bureaux, “to make them more responsible, to make them greener.” He elaborated: “Rather than buying plastic cups all the time, to buy large amounts of eco-cups– say 300– and share them at the beginning of the year.”

Answering the question of which single project they would implement if they could, Cyrielle stated that her list would prioritize the Cop-23 summit: “Cop 23 would be the most important. This year when they did it, it was really difficult to organize. But we’ve seen just how much of a success it’s been, and how people can get more involved in the environment on a political level. For COP 23, I think we’d like to go farther, and implement it as a tradition.”

Asked about whether their list was based on friendship or other criteria, Cyrielle said: “We asked everyone from the association this year what they expected for next year. We drew in a mixture of motivated old people as well as new people, based fully on personal motivation as well as the fact they must be environmentalists. Friendship ties played a minimal role, which is what makes it really diverse”.

I decided to ask Greenception a question that would allow their representative to directly address the differences between the two competing lists.

Why should people vote specifically for your list? How are you different from SPEcimen?

As we’ve seen in the debate, in our vision of ecology in general, we are quite similar. We have different ideas in our programs and how to do what, but I don’t think that if, for example, [president of the SPEcimen list] Anton was to give me one of his ideas I would refuse to do it. I think I would be interested just as much. What I see our difference is mainly is experience. We have half of our members who have been in the association. Of course, you could tell me that, well, it’s exactly the same for other bureaus — there is one list with what we call “the babies”, and the other one with new people, and why shouldn’t they be just as legitimate to be elected? I think it’s really different in Sciences Po Environnement because first of all, you don’t have to be part of the bureau to be part of the association. You can be part of the bureau and you’re just here to ask some questions and propose projects, and you have people in the association working with you, and they can give you just as many ideas as you have in the executive or in your bureau. In the other bureaux you have to be part of the bureau to work on its projects. What I think is very important for SPE is that there is a very specific way of dealing with money, dealing with partnerships. We didn’t have much money this year. We didn’t even have a treasurer because it was an association and not a bureau. I think it’s very different. For example, the member of our list who was in the paniers Bio pole this year is head of the pole in our list. She knows exactly what kind of vegetable and stuff goes here, how you get them and so on. And also, just technical stuff, like the panier bio. I think it’s really necessary. I learnt this year what could or couldn’t be accomplished, particularly in regards to the administration. For example, Anton talked about the compost, which I think is an excellent idea. The thing is, we have tried it this year, and the administration is really strict about what they will let us do on campus. Being in SPE for a year showed me how I could solve this problem and have [the administration] be a bit more welcoming towards green initiatives.”

[1] The quote is from a transcription of the debate that was written by Zak Vescera and published in the Sundial (https://www.sundialpress.co/2017/04/20/spe-debate-april-19th-2017/)