Hit enter to search or ESC to close
CultureTravel

The exhibition that will change the way you look at art

By The Sundial PressOctober 24, 2017 No Comments

Luxembourg’s Museum of Modern Art (MUDAM) is currently host to a fascinating exhibition focusing on the work of American abstract painter and illustrator, Ad Reinhardt. Featuring a range of` mediums from film to satirical prints, the exhibit includes pieces spanning from Reinhardt’s earliest days in New York (1930s/40s) to the peak of his career in the 1950s/60s.

Tucked away in the Kirchberg borough of Luxembourg City since the turn of the 21st Century, MUDAM has been one of the small nation’s cultural icons. Only two hours away from Sciences Po Campus of Reims, the museum warmly welcomes those studying across Europe: Present your student card at the front desk and you will get free entry. However, the cultural status and student perks of the venue serve as only a baseline for its current appeal.

Indeed, at the heart of MUDAM’s present charm is the Reinhardt exhibition, entitled ‘Hard to Picture: a Tribute to Ad Reinhardt’. Set up following a collaboration between MUDAM and the Ad Reinhardt Foundation, the exhibition seeks to showcase over 250 of the artist’s original illustrations, many of which possessing a distinctly satirical flavour, stemming back to his earliest days as an illustrator.

It is clear on entry that Reinhardt’s strong personal convictions were central to his artistic endeavours. The first display to be encountered consists of numerous witty illustrations, with a handful boldly advising the spectator on how they should best approach any observation of art. A particularly striking design firstly shows a typical American ‘Man on the street’ mocking a piece of art, created in an abstract fashion, similar to that which Reinhardt produced. The man states ‘Haha, what does that represent?’ The image below (a retorting painting, aggressively demanding what the man ‘represents’) undeniably shows Reinhardt’s distaste for those who approach art with a closed mind. From the outset the spectator knows to approach a Reinhardt piece with a receptive, imaginative attitude.

Complementing this bold piece are several illustrations surrounding it which serve as ‘instruction manuals’, formerly published in American newspapers of the 1940s, on how best to take in certain schools of art. The drawing entitled ‘How to look at a Cubist painting’ is not only impressively intricate but again bold in its statement that ‘if you think that every painting should look like something real, then you live in that century (long gone) that believed that the real world was a matter of what things looked like’. Here, Reinhardt explicitly offers guidance on how to study modern art which, for some, is just as relevant and useful today as it was when this opportunity first began to emerge.

Moving on from his ‘instructive’ pieces, on display at MUDAM are many of Reinhardt’s politically-motivated illustrations. Particularly interesting given the context of the time in which some were produced (amidst the rise and fall of Hitler and WW2) and still relevant today in many cases, it is evident that, for Reinhardt, art was a way of communicating bold political messages to mass audiences. Particularly captivating is a cartoon in which Reinhardt underlines the ignorance of many at his time with regards to fascism. He adopts the culturally symbolic ‘three wise monkeys’ to convey how whilst fascism is an ever present, known danger, people are reluctant to discuss it in many cases. Of course, this piece was perhaps more relevant at its time of production but it points to a clear lesson to be remembered today: do not be afraid to speak out against injustice.

Continuing the theme of combatting injustice, an abstract short film on display at the exhibition perpetuates this notion further. Intriguing from the outset, the film explores sexism, the dangers of excessive consumerism and a mixture of other areas, combining stills and short clips to present the spectator with various symbols, to tell a multidimensional story of pertinent issues in the world. This production is definitely worth watching for a thought provoking experience, whilst also providing an insight into how Reinhardt was able to successfully convey his political convictions through engaging mediums other than satirical illustration.

Amongst the politically-driven elements, some more aesthetically-pleasing pieces are on display. A dynamic, large scale monoprint (around the corner from where the film is played) is very stimulating without an overt political message. Indeed, every time you look back at it you will see a new detail, given its incredible intricacy.

After enjoying the exhibition, MUDAM has several other areas to explore. Whether it is having a drink at the beautiful in-house restaurant, going upstairs to a gothically styled, stained-glass esque room to take some edgy photos or going to look at the fascinating Su-Mei Tse ‘fountain of ink’ (1973), the experience does not have to end with the Reinhardt exhibition, as stimulating as it is.

Hard to Picture: A Tribute to Ad Reinhardt runs until 21st January 2018. MUDAM will also host a new exhibition, opening at the end of October. 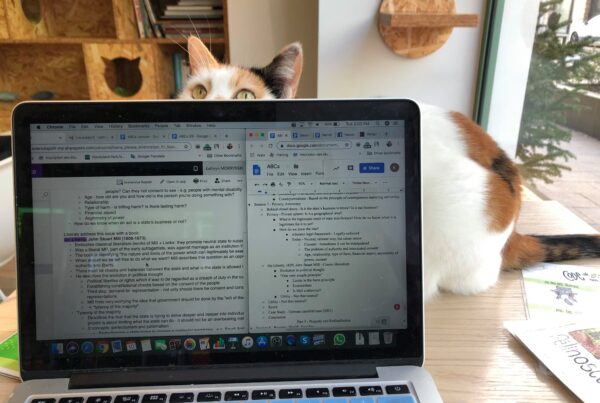