Are Sweatshops All That Bad? 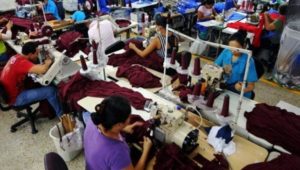 The first situation was the Triangle Shirtwaist Factory fire in New York City in 1911. The second, the Rana Plaza disaster, took place over a century later in 2013 in Bangladesh. The parallels between the two tragedies are haunting — safety precautions ignored, consumerism prioritized over workers’ lives, with both cases eventually serving as landmarks for reforms and humanitarian calls to action. Yet one must also question how we reached this point — why do sweatshops exist? Is the fashion products produced in these factories ethical? Who is to blame for these tragedies? And how does globalization play into this?

There’s no simple answer to any of these questions, including the one on ethics. If anything, further reading makes the issue seem even more complex. Companies such as Zara and H&M have been dragged to the forefront of these issues, as they have been held increasingly accountable for poor conditions in their factories. Yet, as proved by the protests that surrounded the Triangle Shirtwaist fire, the debate about sweatshops is not a new one. Rather, it’s newly non-Western.

“Nothing captures the difference in mindset between East and West more than the attitudes towards sweatshops”. Nicholas Kristof, a human rights columnist for the New York Times, has repeatedly argued that “the campaign against sweatshops is harming the very people it is intended to help.” While making clear that he is not praising sweatshops (an important distinction made by many scholars who are not anti-sweatshop), his logic endorses both the “step to prosperity” and the “better than nothing,” arguments for sweatshops.

“I don’t know what she would do if the factory closed,” Kristof recalls an older man saying of his daughter. For many Thais, sweatshop work is ideal because of its good pay (around $2 a day, 6 to 7 days a week), and because the long hours are seen as a bonus — a chance to earn more money. This is largely the rhetoric of the “better than nothing” argument which sits on the assumption that a sweatshop boycott would increase unemployment in Least Developed Countries (LDCs).

Many supporters of the of this position claim that wages such as $1 a day are oftentimes the only path to prosperity within these countries. However, a study conducted by Chris Blattman and Stefan Dercon in Ethiopia shows that this might not be entirely true. Ethiopia, which is an increasingly attractive country for low-wage factory manufacturing, has long lines for factory jobs, yet Blattman and Dercon found that not many people stayed in their jobs (two-thirds of the sample quit within a year), indicating that these jobs were not in fact “better than nothing.” Furthermore, when they gave a group who had not received jobs 300 dollars and five days of entrepreneurship training, the majority ended up earning significantly more than those who had been offered jobs in the factory, often via the creation of a business.

Additionally, the “better than nothing” argument raises the question of where blame must fall for the working conditions of sweatshops. With wages only costing fractions of a percent of the costs of products, do we blame the company or the consumer? Once again, there is no easy answer to this. One author suggested blaming the country itself. For example, Bangladesh, known for the Rana Plaza disaster as well as hosting arguably the worst factory conditions in the world, has neglected to provide basic protection to its workers, such as safety goggles. On the other hand, if labor standards are raised, it is possible that countries such as Bangladesh won’t be able to compete, and companies will likely move their factories to more capital-intensive countries such as China where wage raises are not an issue.

While the “better than nothing” argument is focused on present survival, the “step to prosperity” argument focuses on the future, operating on the reasoning that most developed countries have moved through a sweatshop phase on the path to development. The apparel industry began in Britain following the enclosure movement and the Industrial Revolution, and expanded to the US which served as a source of raw cotton. Today, the “sweatshop belt” includes countries such as China, South Korea, Malaysia, Indonesia, Thailand, Bangladesh, and India. In many ways, the globalization of the apparel industry is unsurprising. Paul Krugman, a professor at Princeton, defines globalization as “the transfer of technology and capital from high-wage to low-wage countries and the resulting growth of intensive third-world exports.” This transfer has happened almost naturally, as the apparel industry, being standardized, labor-intensive, and requiring low-skills, has made it prime for adoption within LDCs.

The “step to prosperity” argument also functions on a micro level. As countries are becoming more developed, wages have risen in a matter of years from $50 to $250 a month. Furthermore, working conditions have significantly improved. So why are people still vehemently against sweatshops?

Unfortunately, the “step to prosperity” argument is not without its own significant faults. For all the success of the Asian Tigers, which is often used as evidence, it seems possible that education and U.S. aid may have been mediating factors in these countries’ rapid growth rates and ability to largely move past the sweatshop phase. Moveover, regulations on sweatshops would only create better wages and working conditions for garment workers, which Krugman argues might create “a privileged labor aristocracy” at best, and would not improve the lives of the rest of the country’s inhabitants.

Abigail Edwards is a Foreign Affairs writer and photographer for The Sundial Press. Originally from Charleston, South Carolina, Abby is part of the Dual BA program between Sciences Po and Columbia University and hopes to pursue a career in international law or diplomacy. She is particularly interested in the legal issues surrounding genocides, war crimes, and humanitarian intervention which she briefly studied at Stanford. Outside of Sundial, Abby is a certified yoga instructor and a part of the BDA, Expose, Sciences Portraits, and AIESEC.