Reflecting on Integration Week So Far

By Maria LinaresSeptember 1, 2018 No Comments

Wednesday night kicked off at the Kilberry Bar where many Sciences Po students gathered together to pregame before heading off to one of the most anticipated events of the night: Take My Breath Away at Atrium. The bar was full of students throwing darts, trying their hand at foosball and claiming their titles as champions of beer pong. 1As, 2As and exchange students mingled with ease, enthusiastically discussing the year to come.

The many exchange students hailing from around the world mentioned how welcome they had felt throughout Integration Week. They expressed that the methodology seminars were quite difficult since it was an abstract method that they had not seen before.

“We’re really looking forward to starting classes since we will probably get to meet more of the Sciences Po students outside of the exchange group,” one exchange student said.

Many 1A students expressed appreciation for all the hard work the associations put into creating an Integration Week chock-full of events. Some of the favorite events among the students were DiscoveReims and 300. There were many long nights full of events and drinking followed by very early mornings with methodology seminars, but it was an enjoyable experience. 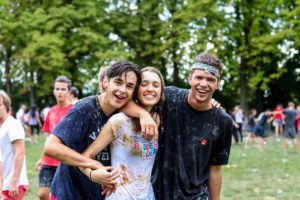 “We were just thrown into college all of a sudden and we’re surrounded by people we don’t know, but getting to know them has been really fun,” stated Euram 1A student Clément Streiff.

For most, the friendly 2As made the student ambience warm and welcoming, which helped students quickly feel at home in the City of Kings. Even if they bumped into people they did not know at an event, it was easy to start a conversation.

Atrium night itself was greatly enjoyed by all who attended, as they partied away well into the early hours of the morning. From techno music to reggaeton, everyone joined in on the dancing regardless of where they came from. It was truly a night to remember.

“I’ve loved all of the events organized so far, it has helped me meet more exchange students that have become a great group of friends that I know will be down to go to any event with me,” stated exchange student Carlos Martínez from Canada, “There are also a lot of different activities for all tastes, though my favorite has been 300.” 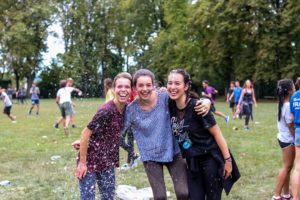 “It has been very fun but also very tiring since it feels like we’re doing a second Campaign Week and we often get confused between the two,” stated Echeverri, “But it’s very rewarding to see everyone getting to know each other and having a great start to the year.”

“We’ve made a few mistakes along the way but we’ve learned from them and hope they will help us improve future events,” expressed Edouard, “we really hope that everyone can find at least one event that they enjoy.” 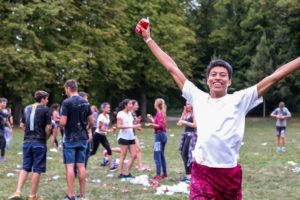