By Aurore LaborieSeptember 20, 2018 No Comments

Integration Weekend is one of Sciences Po’s yearly traditions that enables new students to get to know each other outside of campus. Each year, the Bureau des Elèves organizes a trip to a camping site where hazing (bizutage), a lot of drinking, and parties occur for a whole weekend. It allows new students, as well as 2A volunteers, to create unforgettable memories.

Here is a brief reflection on this weekend’s integration trip for those who did not go:

At 5 am last Saturday staff members were already whispering in the dark on Rue Gambetta as they busily piled up packs of beer, rosé, and other beverages on the side of the street. Bright red shirts discernable in the night, they seemed to be waiting for something. Suddenly, three BDE members appeared with Carrefour shopping carts screeching against the pavement which ended all attempts to be discreet. As the staff hastily transported all their supplies to Sciences Po, 1A students began to appear, with duffle bags and clear excitement in their eyes. The WEI was about to begin.

This year’s staff was made up of 2A students who volunteered, as well as six BDE members. Most of the 2As who attended the event had been to the WEI the year before. The overwhelming presence of UVs was clear and there was only one member of Afrobeat, something that the few Euraf 1As at the WEI lamented on. 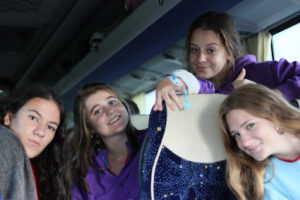 There were 50 spots available for 2As but only 20 2As paid the 90 euros to staff. About 100 1As paid th 125 euros to come to the WEI and most told the Sundial that they thought the WEI was too expensive. So what makes the WEI so expensive? The Sundial Press talked to the BDE and got answers to this popularly raised question.

The expense comes from a previous BDE’s decision a few years ago to sign a three year contract with Planet WEI, an organization that helps plan and prepare integration weekends. The BDE this year had to go along with the contract and Planet WEI only organizes what some may consider  “elite” WEIs. For example, Planet WEI proposed a list of only 4 star camping sites in France for the BDE to choose from.

“We chose the closest camping site that Planet WEI proposed to us”, stated Juliette Cappuccio, member of the BDE.

The BDE did not get to choose a closer camping site because the closest place Planet WEI suggested was Normandy. 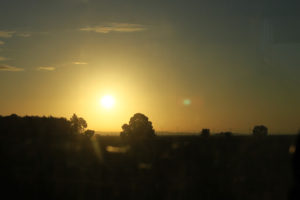 The contract is a burden for the BDE because Planet WEI demands that the BDE buys at least 150 spots at around 110 euros each. The BDE was unable to sell all these spots and had to pay for the remaining ones with part of the BDE’s budget. As a result, the BDE lost a lot of money with this year’s WEI.

Some students complained about the food, saying 125 euros for a weekend of pasta and tomato sauce was disappointing. The BDE also answered to this criticism by stating that they had cancelled the meal planned by Planet WEI for Saturday night, and brought the cheapest food they could in order to avoid a more expensive trip (which would have been a whopping 150-160 euros per person). The purpose of the WEI was not to eat at a restaurant, but rather to make good memories with new people. 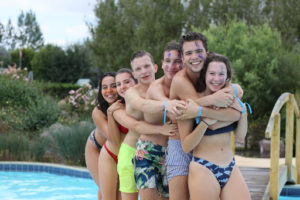 This year there was also less hazing (also known as bizutage) compared to last year, which was notably intense. Although Sciences Po’s hazing is considered light in comparison to most schools in France, last year’s students had to wait for an hour in the bus with their hands on their heads and staff yelled at them if they let their hands down. Students then left the bus and had to face 30 minutes of more hazing in the pouring rain. Some students found it to be hilarious, but many people did not enjoy the experience.

As a result, the BDE chose to eliminate this tradition and replace it with softer hazing. Instead, students played games where they ended up with ketchup and mayo in their hair. The 8 am wake up call by the “anti-sleep brigade” — where students were awoken by 2As screaming through a megaphone, bell-ringing and staff members dancing the Harlem Shake on the front lawn — was another way to haze students without them ending up with dog food all over their faces. 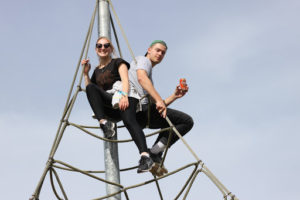 The Sundial Press reached out to participants of the WEI to ask for their overall experiences of the intense weekend.

“We didn’t get bored a second, we could feel that a welcoming…atmosphere reigned in the camp, everyone was happy to be [there], and the huge efforts of the staff to make this trip amazing really did pay off”, stated Paul Vignat, “j’ai kiffé. Keur sur Vous. Vive la Normandie” (I loved it, hearts to all, go Normandy).

“I loved the alcoholic games, obviously, and the group spirit at the beginning of the WEI,” stated another 1A student. “We could feel the staff wanted us to have fun safely and it was really good.” 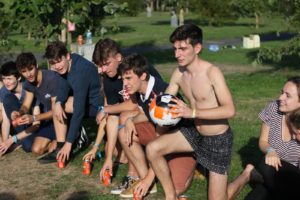 Another student, Elena Pougin, mentioned she had hesitated to go to the WEI because of the rumours of last year’s hazing. She only showed up because she had won her spot and did not have to pay. However, Elena said she had an amazing time and emphasized to The Sundial Press that she always felt at ease with the activities and was never pressured to do anything.

It was clear through our interviews that the WEI achieved what it was made for: integration through fun and games. Obviously there is always room for improvement but that is for the future staff members to decide.

Editor’s note: The Sundial reached out to Afrobeat members in order to understand the lack of Afrobeat presence at the WEI, and Ruth Mumbela explained that the event is not a UV or Afrobeat event, but a BDE one, meaning that their presence is not required. Staff members come as individuals and not necessarily to represent an association. However, Afrobeat deeply regrets that some students did not feel represented during the WEI.