By The Sundial PressOctober 13, 2018 No Comments

I Love Reims Campus is an annual event organised by the city of Reims and its partners to welcome students at the start of the new year. The event features a range of activities and participants include students from each of the regional universities. This past Tuesday was the varsity sports competition, with university teams hailing from the Euraf programme, the Euram programme, as well as Université de Reims Champagne-Ardenne and NEOMA Business School. The event was vibrant and packed, with students from each of the universities showing up in droves to support their teams. The sports being played on the night ranged from volleyball and basketball to the likes of futsal, with support from cheerleaders and Afrobeat performers as well. In the end, as expected, Sciences Po was victorious, winning the coveted Challenge Sport overall, despite some hiccups along the way.

Diego Poli, captain of the Euram basketball team, was positive overall despite failing to achieve a high position in the basketball ranking. He said he was “happy for the team and for the intensity that they played.”

He specified that he was proud of the fact that the team played against “older people who were physically superior to us, but we still only either won against all the teams or lost by just one.” 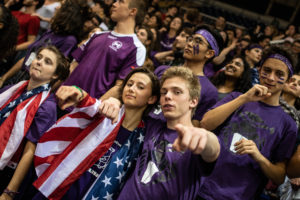 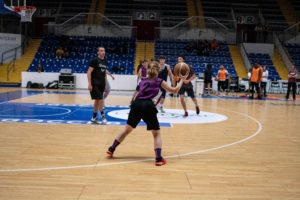 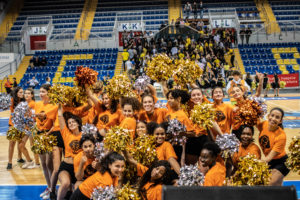 Offering a similar viewpoint, Delia Tebani, captain of the Euraf basketball team stated “I Love Reims Campus was a good way to play as a real team against real opponents (…) the 1A had the experience of a first competition.”

She also stated that “…I know we can (and we have to) improve our results.”

There were, however, some issues with the event. Poli cited the lack of referees as a big reason his team struggled. This meant players had no idea how much time was left during a game, and no one was there to decide who should play first when games went overtime. Generally, Poli also stated that “it was difficult to communicate between the team and the board.”

Despite these setbacks, unanimous praise was given to the event as a whole, with most agreeing that it exceeded last year’s standards. Most students also concurred that the highlight of the evening was the cheerleading performances.

“We were really proud of what we did,” said Euram cheer captain Hanaë Le Hir, “since it was our first competition, everything went well and we’re really looking forward to show our campus what we’ll do at Minicrit.” 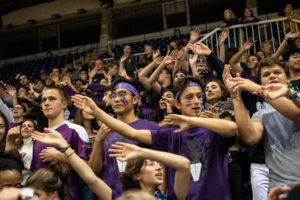 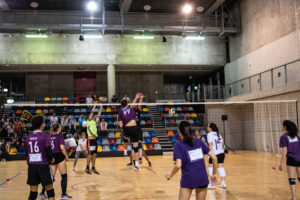 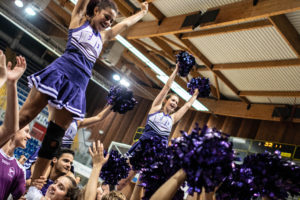 For Sciences Po teams, all energy will now be dedicated to upcoming events, including Minicrit and the Weekend Inter Campus Games. Some are preparing for the I Love Reims Campus event yet to come, the so-called Culture Challenge, in which the Afrobeat team from Sciences Po will compete.

“I can’t wait for the Culture Challenge of I Love Reims Campus,” says Cecile Cordonnier, captain of the Afrobeats team, “with Afroyalty, the Euraf dance crew, we are working hard to make the Euraf family proud.”

Stay tuned for The Sundial Press’s coverage of the Culture Challenge taking place on October 17.