Hit enter to search or ESC to close
HomepageOpinionUncategorized

Brazil, Bolsonaro and a Tale of Extremes

By João Victor BlackOctober 22, 2018 No Comments 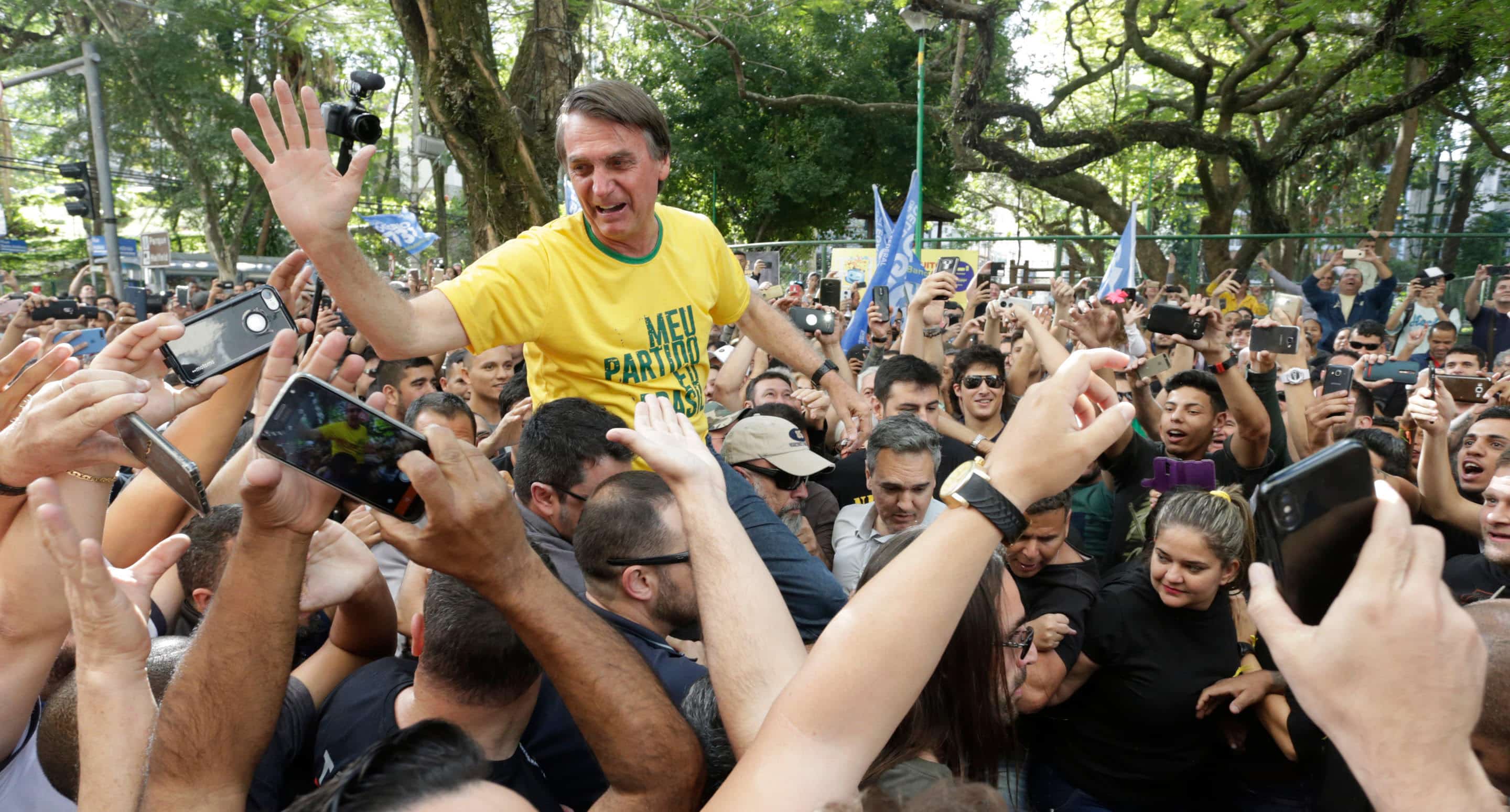 The return of the military dictatorship, fears of becoming the new Venezuela, persecution of minorities —  these are just some of the fears expressed by Brazilians in 2018. With never-before-seen polarization, friends and family members with differing political views are fighting on social media and the whole nation is becoming more involved in politics, which is  unusual for Brazil. So how did it all begin? The answer lies back in 2014, when businessman Hermes Magnus reported a money laundering scheme to the Federal Police.

Initially a small-scale investigation, Operation Car Wash plunged the Brazilian political establishment into chaos when the allegations implicated the state-controlled oil company Petrobras. The investigation revealed that corruption had become a method of governing and running public companies. The ongoing operation has culminated in over 160 arrests, all with the aim of ascertaining the extent of a money laundering scheme worth more than U$ 9.5 billion.

Once viewed as untouchable, the operation managed to implicate those in the highest echelons of politics and business, exemplified by the arrest of former president Lula in early 2018. He is currently serving a 12-year sentence for corruption and money laundering. Although corruption has existed much throughout Brazil’s history, Operation Car Wash revealed that, in the 13 years of the Worker’s Party’s rule, corruption was a major component governing the country.

Since corruption is so normalized in the country, many of Lula’s supporters say that although he was corrupt, at least he got things done. It is ludicrous to think of supporters so blinded by a cult of personality as to encourage a politician to escape justice. Furthermore, there is in fact proof that Lula is culpable, as the judicial proceedings for his case demonstrated. He was tried by a total of 15 judges  — 1 in the lower court, 3 in an appellate panel and 11 in the Supreme Court — with all majorities, including a unanimous ruling in the appellate court, finding him guilty. Yes, he may be partly responsible for raising millions out of poverty. And yes, he was and still is, a prevalent figure in the country. However, he is also a criminal, and thus needs to face justice just like any other citizen.

Up until a few days before the first round of national elections, held on October 7, there was still hope that a moderate contender would gain traction to counter the other two candidates with more extreme positions, who were leading the polls. This did not happen. Instead, although he failed to win the required-majority by a mere 4%, far-right candidate Jair Bolsonaro was announced the winner of the first round. The second round, to be held on October 28, will play out as a clash of polar opposites as Bolsonaro runs against PT’s (the Workers’ Party) candidate Fernando Haddad, the former mayor of São Paulo and Lula’s puppet.

Jair Bolsonaro has managed to attain support from diverse sections of Brazilian society, especially those frustrated with systematic corruption and those who view him as the only solution the country’s calamitous economic and social problems. With oftentimes inflammatory, “Brazil first,” pro-gun, anti-abortion rhetoric, Bolsonaro also finds massive support in the socially conservative sectors of Brazilian society. At the same time, he aligned himself with Paulo Guedes, a University of Chicago neoliberal economist who is set to become Brazil’s next finance minister. To gain the support of the financial sector, the candidate has promised reform and deregulation.

In a country where mainstream political parties are corrupt to their core, Bolsonaro brings hope for change to many Brazilians. He portrays himself as an outsider coming to “drain Brasília’s swamp” – or the savanna, as is the case for the nation’s capital. Although Bolsonaro has been a member of Congress for 24 years, he belongs to a minority who have never been implicated in any corruption scandals. In this sense, he is indeed an outsider. At the same time, he has been able to find support across parties. Bolsonaro has had over 300 people from centre or centre-right parties pledge their support to him and his crusade against corruption and the disastrous economic policy enacted under the Workers’ Party.

Whoever becomes the next Brazilian president will find a country deeply in debt and in urgent need of reform. The political climate in the country is a very delicate one, as polarization has never been so intense and many fear for the well-being of our democracy. An eventual Bolsonaro presidency will face significant opposition in society and Congress. Still, after 13 years of PT rule, citizens are craving change. In the first round, Brazilians elected the most conservative Congress in the nation’s history, and Bolsonaro’s party went from having only eight representatives to becoming the second largest in the Chamber of Deputies. This figure clearly illustrates what is coming on October 28: with a 70% chance of winning and an 18-point advantage just a week ahead of the second round, Bolsonaro is poised to become the next president of the republic.