By Sophie HarringtonNovember 5, 2018 No Comments 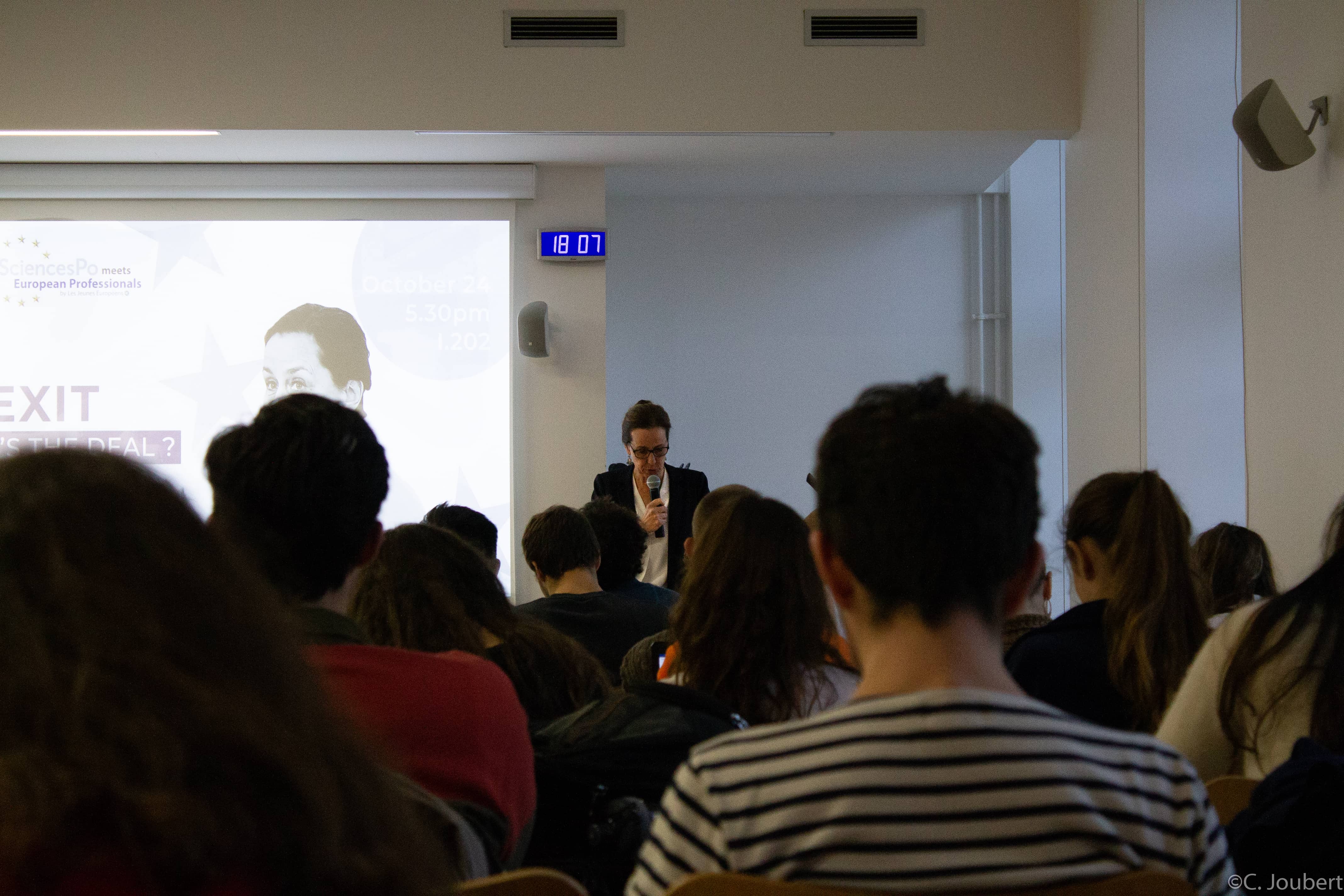 On Wednesday, October 24 at five thirty, classroom I202 was filled with more than 40 students who came to listen to Fabienne Keller, the Vice-President of the Brexit Senate commission. Keller is also the former mayor of Strasbourg, one of the largest cities in France, and the Co-founder of Agir, a new pro-European party. The conference, “Brexit: What’s the Deal?” was hosted by the associations Think Liberal in conjunction with Les Jeunes Européens.

After a quick fix to a technological malfunction, the conference started with a brief and professional opening remark and an introduction of Keller from the president of Think Liberal, Tiédel Sow.

The goal of Think Liberal, according to Sow, is to “foster debate around themes related to liberalism. It’s not to take a stance on issues but have guests that will be able to have positions that will spark an intellectual debate on campus and make people think.”

Once in the spotlight, Keller jumped right into explaining “Brexit” and her personal experiences on the issue. She started with the basics and explained that “Brexit” is a portmanteau meaning “British exit”, referring to the United Kingdom’s 2016 decision to leave the European Union.

Keller shared with students that this year marks her fifth of working on Brexit and how arduous the process has been thus far. She then traced the history of the situation presenting the statistics of the UK Referendum held in 2016, explaining her role, explaining the responses of other European leaders involved, and listing the consequences of the decision. While Keller spent time explaining the basics of the situation, the bulk of the conference was dedicated to explaining the current negotiations that have been going on up until last week.

A point that was stressed multiple times by Keller was that “nothing is agreed until everything is agreed.” The current stage of the tension is that neither party, Britain nor the European Union, can come to terms with an agreement that will satisfy both. So for now they are in a stalemate. In this situation where no agreement can be reached it will mean that Britain becomes a “third country” in the words of Keller. Then, to the surprise of several students, the Senator began to describe the relationship between Britain and Europe during the Second World War.

With much sadness Keller exclaimed “on the last world war, Britain was the one to liberate Europe with the aid of the United States… it seems impossible to consider England as another country and not as a part of Europe.”

While letting students know the process for the negotiation period, one of the points Keller stressed most in her presentation was the situation with the border between Ireland and Northern Ireland. She even called this issue one of the most complicated factors in the negotiation sessions. 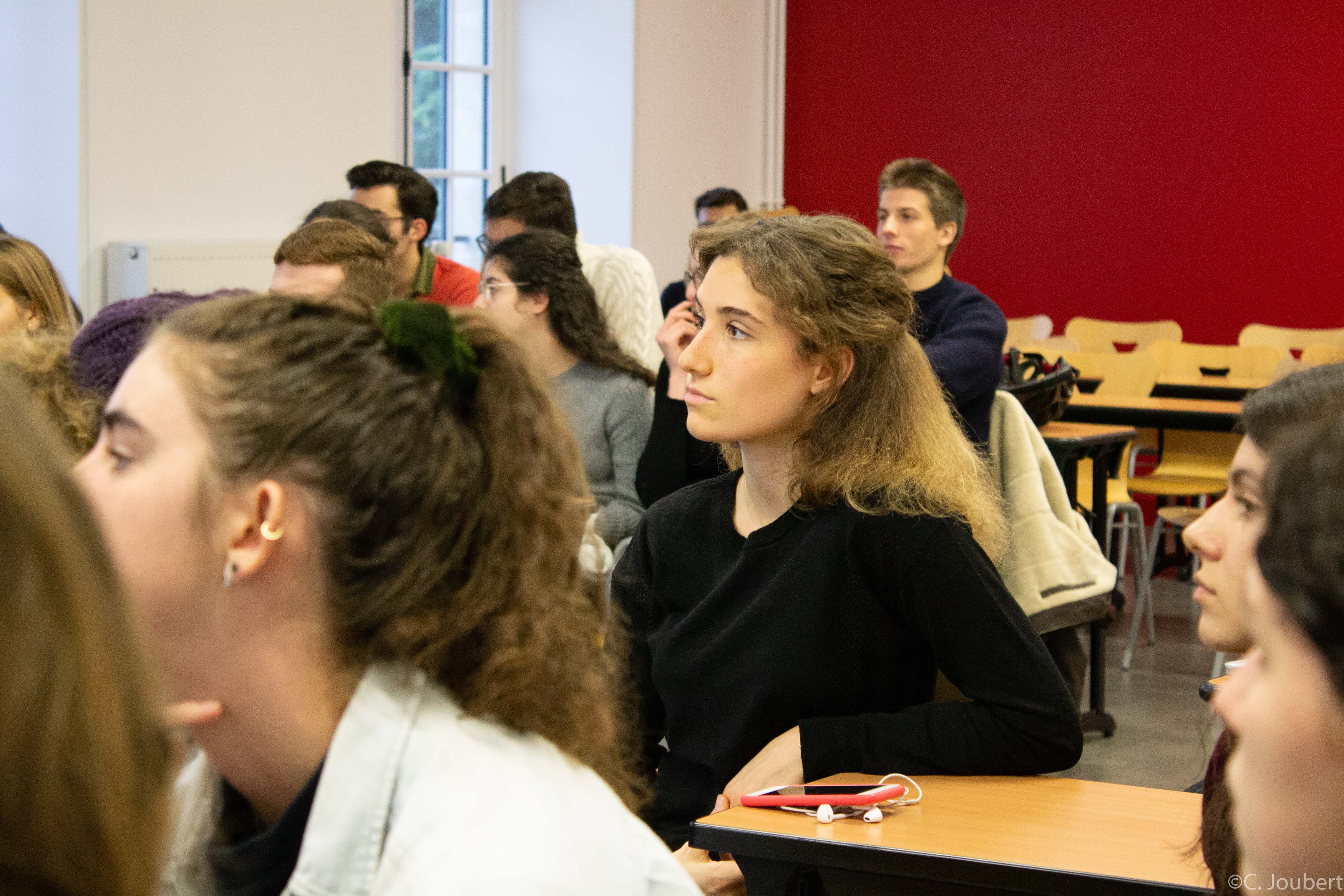 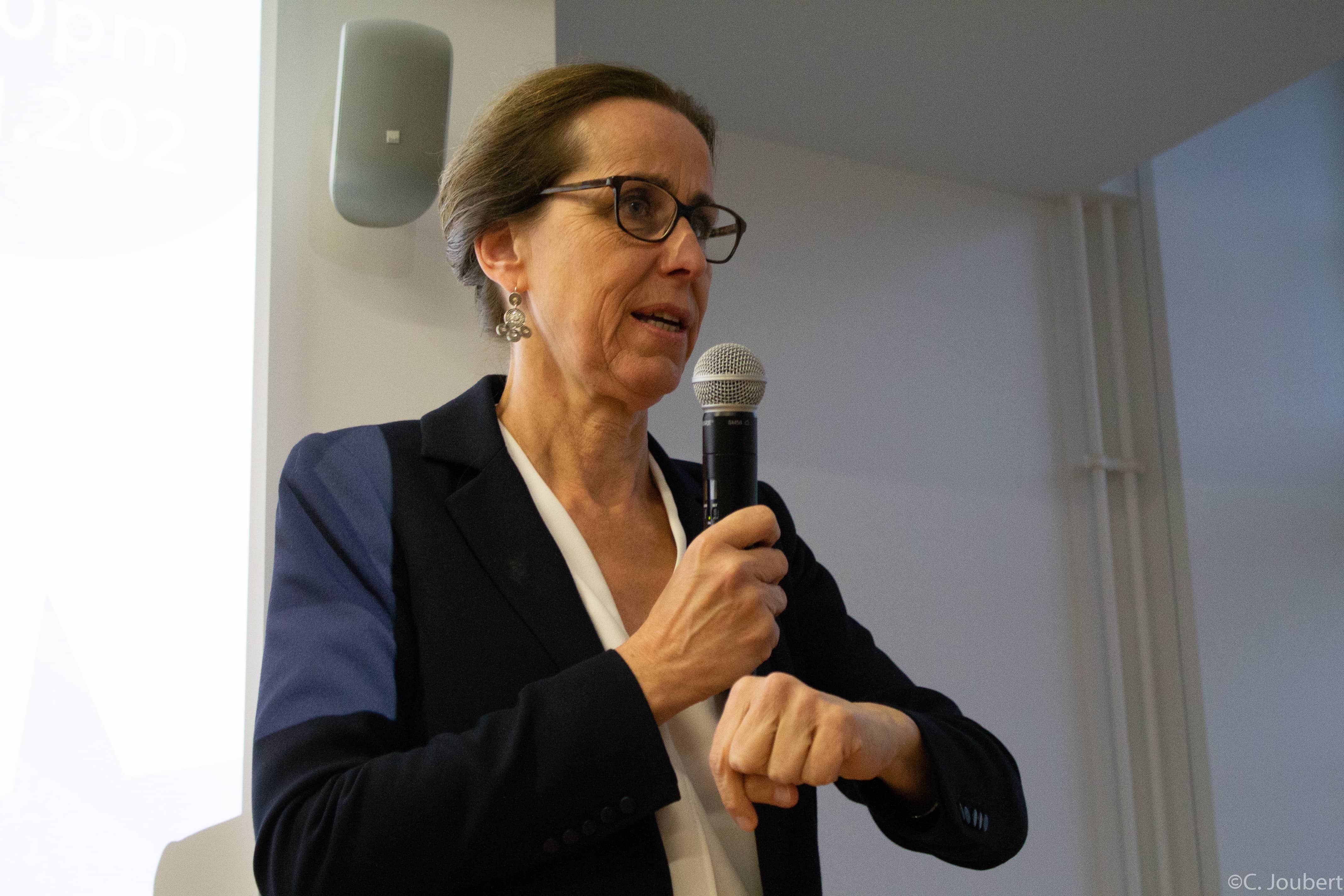 “This border is awkward because it’s the physical boundary between the EU and the UK… there have been propositions to set up border control between the two countries,” Keller explained.

Throughout her talk Keller referred to recent developments, including the People’s Vote March that took place this past Saturday, 20 October, in London. More than 670,000 people showed up to promote a people’s vote, demanding a second referendum on Brexit. The Mayor of London, Sadiq Khan, joined the crowd to march, and in his address to the thousands of Londoners he proposed that citizens be allowed to vote for the new treaty. However Keller stated bluntly that “a second referendum is quite unrealistic…” as it would require a new government and new political system.

To conclude her presentation before opening up to questions from the audience, Keller shared her personal sentiments on the matter, “As someone who is very Pro-European [I think Brexit] is horrible because we are friends for so long… there are so many relationships.”

After a warm applause from the crowd, many students had questions to ask Keller, such as, “Can you tell us more precisely what the senate commission is working on?”, “Is there any feasible/possible way that Britain could leave this negotiation without losing a lot of money?”, and “What could the EU do to make working class people feel included in EU decision-making?” 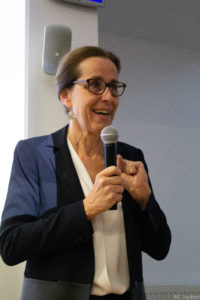 Johnson’s father. She said the event was a “nightmare”. Not only did they have no idea what the outcome of the referendum was until every vote was counted, but on that very same day David Cameron, the former Prime Minister, resigned.

Many students asked about the likelihood of other states leaving the European Union where other countries might feel “inspired” by the UK’s decision, countries like Poland or Hungary.

To combat this notation Keller told students of her long experience with the European Union, “I was mayor [of Strasbourg] when the countries of central Europe and Balkan europe became members of EU. They had just left the Soviet system, but Europe made it possible and helped the country to stabilize as we did for Spain and Portugal and Greece… we must look at history to remember the strength of this [European] possibility.”

The event promptly finished at seven o’clock and all in all the event was a success according to Sow, “We had many people, the guest was very happy and we were able to reach a lot of people and it was a very informative event. Although maybe there could have a little bit more of political debate, like a little bit more of a debate on the whole European strategy.”