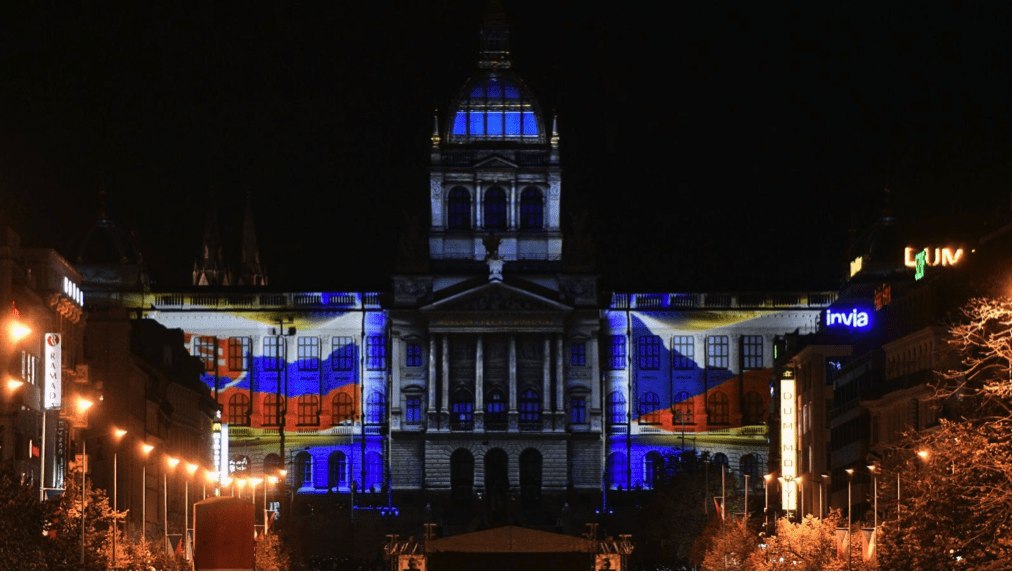 The Czecho-Slovak Century and what it means for Europe today

By Adam HavelkaNovember 17, 2018 No Comments

One hundred years ago a Czech Feminist, a Slovak general serving in the French Army, and a Sciences Po alumni, founded a country as the Austro-Hungarian Empire was falling apart. What followed was somewhat of a miracle in the realm of government.

The First Czechoslovak Republic came into existence in 1918 after continuous lobbying efforts by Czech and Slovak expats in the West managed to persuade the victors of WWI that they had a right to self-determination. Among those were the three founding fathers of the new republic, Tomáš Garrigue Masaryk, a Czech philosopher, Milan Rastislav Štefánik, a Slovak diplomat and astronomer, and Edvard Beneš, a Czech statesman.

The one principal difference between the then newly-formed Czechoslovak Republic and most previous regimes and governments in the region was the commitment to creating a state that was openly multi-ethnic and democratic. After the Treaty of Paris and the adoption of the formal constitution, the rights of minorities in Czechoslovakia were guaranteed by the League of Nations and regions with substantial ethnic and cultural minorities had the right to use their own languages in official communication with the state. The importance of such freedoms cannot be understated as the country was made up of several parts with Hungarian, German, and Polish majorities. This laid in stark contrast to the previous attempts of “Magyarization” of the Slovaks under Austria-Hungary and suppression of Czech sovereignty movements by the Viennese government. All in all, it is fair to say that the First Czechoslovak Republic was one of progressive secular government, a robust federal setup, and distinct democratic innovations, such as a dedicated Constitutional Court.

Over the past hundred years, there have been many events that greatly influenced the trajectory of the republic and its two nations. Be it the Nazi occupation during the Second World War, the Soviet suppression of the Prague Spring, or the Velvet Revolution. These events and many more events have shaped how the two nations in the middle of Central Europe fare today. After the Velvet Divorce of 1993, where Czechoslovakia dissolved into the Czech and Slovak Republics, both have found their way into the EU and NATO respectively. So, what can we say about the current state of affairs in the context of the looming historical anniversary?

The Visegrad Four and the European Union

Both Republics are currently members of the Visegrad Four, as well as the European Union. As there has been a steady slide towards authoritarianism and illiberal democracy in the region with notable examples in Poland and Hungary, the other two members of the V4, Slovakia and the Czech Republic remain on a less worrying path of governance. This is not to say that the current situation is perfect – in fact, it is far from it. The emergence of the ANO Party of Mr. Babiš, a billionaire born in Slovakia, as the Czech Prime Minister has unsettled independent observers amid his highly populist rhetoric and worrying business ties. To the south, the government in Bratislava is headed by PM Pellegrini of the Smer Party after the leader of the same party, Mr. Fico, was forced to step down amidst popular unrest when an investigative journalist was murdered earlier this year.

In European politics, the two countries seem to be straying apart in the last few years. Slovakia is openly pro-EU and “has become a pro-European island in this region” to quote Mr. Fico’s remarks in 2017. But the Czech Republic has kept its distance from the western bloc and with euro-skeptics in power, it is destined to do so further. The two countries have, however, remained in line in energy policy, where the V4 advocates nuclear power. They also agree on a hardline migration policy, with a notable divergence in Slovakia’s thaw in its stance as of late.

The problem of corruption and nepotism is still widespread in both the Czech Republic and Slovakia. So much so that some have pointed out that the famous motto of T.G. Masaryk ‘Do not fear and do not steal’ should rather be ‘Do not fear to steal’. Many regard the problem as a remnant of the bygone Soviet era, and everyone hopes that it will be weeded out in time. In the interim, it has eroded the trust of citizens towards the police and the government and caused a massive brain drain away from the region.

Today, the two republics are modern European states with established democratic principles. One can only hope, however, that the next generation of Czech and Slovak leaders will turn back to the wisdom of the founders of the first republic and propel their countries forward towards the high standards they originally aspired to.

Adam is a Slovak first-year student in the Euro-American program at the Reims campus of SciencesPo. Apart from binge-reading the Washington Post in order to satisfy his constant urge to be up-to-date, he enjoys economics, finance, and political philosophy. While being an avid fan of sports he also loves cinema and existential dramas.