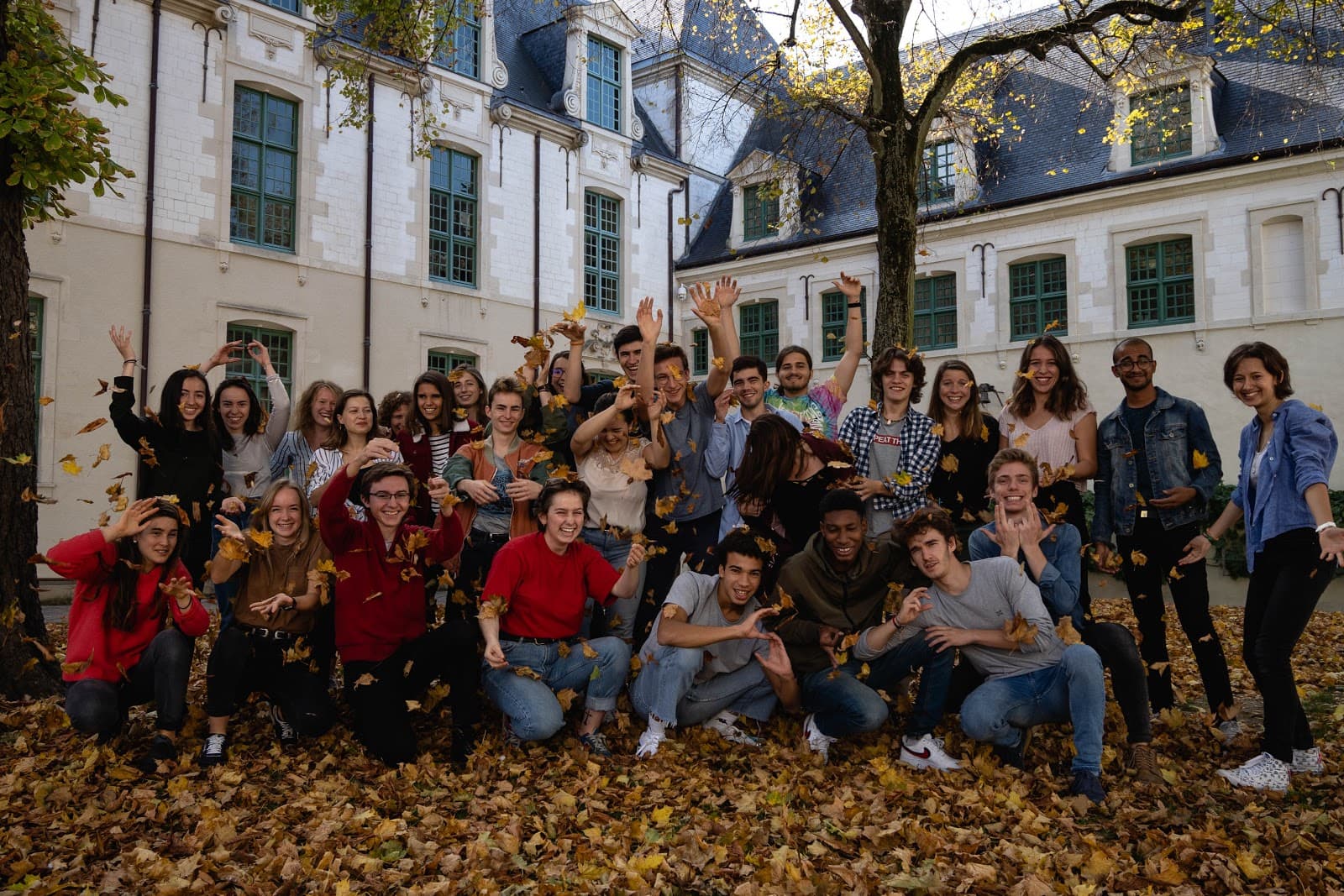 Ecology can be sexy: An interview with the SPE association

By The Sundial PressDecember 6, 2018 No Comments

Disclaimer: This interview was edited for clarity and concision.

Ever craved vegetables and fruit in the middle of December? Ever dreamed of a lunch break with techno music and soup? Thanks to SPE, you can fulfill two needs you might potentially have while in Reims: taking care of the environment and yourself at the same time (“deux pierres d’un coup” like the French say).

The Sundial Press interviewed Laura Tirollois, the President of Sciences Po Environnement, commonly referred to as SPE, and Julien Potié, the association’s Head of Communication. The two members of the executive team were asked a series of questions where they explained what the association does, what they plan to do, and how students can get more involved.

Can you explain what SPE is and what your roles are?

LT: SPE is a permanent bureau on campus, with the main aim being to make campus life as sustainable as possible. To do so, we are an association that cooperates with all the other associations on campus to make life more eco-friendly. We’re also trying to transform the campus itself to make it more respectful of the environment.

JP: The idea is that we are acting at different scales, we are aiming to work with the students themselves at an individual level, and above that, we are working with the associations, and then with the administration. We have different types of missions at all scales.

What are your main goals for this year?

JP: This year, our main goal is to try to open the association and to get more involved with associative life in Reims itself, so outside of campus. The main goal is also to go even further compared to last year and what was done before.

JP: Up until now, SPE was seen as the “last bureau” somehow, because it was the last bureau created, in 2009. It used to suffer from a sort of boring image and we are really aiming to change that image, which is what we tried to do with the campaign last year, and what we will try to do this year. We want to find a balance between a sort of seriousness and awareness raising a form of communication but also trying to show that ecology is not something boring and that it can be interesting. What we are used to saying inside of SPE is that “ecology can be sexy.”

What is SPE’s relationship with the other Bureaus?

LT: We are always encouraging them to be more sustainable, and all of the bureaus organized the integration week together. When they organize events, we lend them material, like the Ecocups, (ecological cups)…we invested in that. The bureaus tell us what they want to do and we try to give them advice, and we are trying to find more sustainable tools for them. It’s still complicated because they are independent bureaus and we can’t be everywhere all the time, but we are all friends so it’s going smoothly. We hope it will be more established over the years and that [the relationship] will be more natural.

Is there a way for people not in the executive branch of SPE to get involved with the association?

LT: Yes! As a bureau, we are forty members with our babies, but we really want to be an open association for everyone on campus because we think that climate change and the protection of the environment today is a priority issue. We want everyone who wants to be involved and who is interested to be able to do so. We are an association that organizes a General Assembly each month so people can be involved with the projects that we propose. People can come to us and carry out their own projects so we can help them with advice and as friends.

What can a student do if they forgot to sign up for the “paniers bio”?

LT: That’s a tough question. You can still sign up for the next semester. We have a partnership with a local producer and we can’t add more people. If you’re interested in fresh local products, there’s a market in Reims every weekend that’s not that very far, at the Halles Boulingrin, at Jean Jaurès (line 6 with the bus, near the train station and 5 minutes from the place d’Erlon). Its cheaper than Carrefour and you can buy organic and local products that better in taste and in nutritional value.

If you had to be a vegetable, what vegetable would you be and why?

JP: A sweet potato, because it’s really smooth. I like it.

LT: Can I be a fruit? I would be an orange, because it’s a fruit in the winter and so it gives people smiles even when it’s dark and cold. It’s also full of vitamins and energy, and it’s my favorite fruit. I can’t live without oranges. It’s beautiful in the South of France, and it makes people happy. 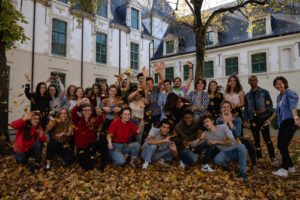