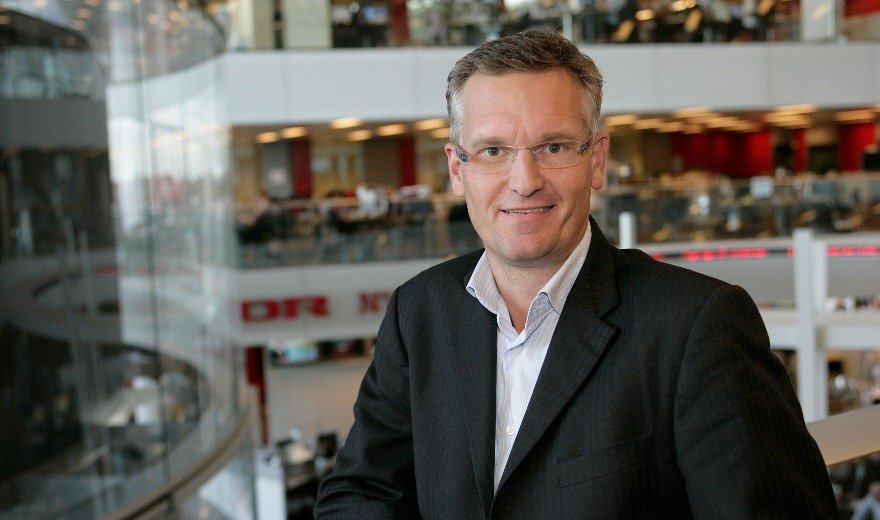 By Charlotte HourdinDecember 21, 2018 No Comments

In 2017, Ulrik Haagerup, a former executive director of the Danish television channel News, quit his job and wrote Constructive News. How to save the Media and Democracy with Journalism of Tomorrow. One year ago, he decided to dedicate himself to his constructive journalism project through an independent NGO called the Constructive Institute.

What dampened your idealistic vision of journalism?

I have wanted to become a journalist ever since I was 13. I thought that it was a good way to do good. I liked to tell stories about important matters and I wanted to enable people to know more about the world, themselves and each other in order to make better decisions.

I was not disappointed with the profession: I loved it. But I found out at some point that my colleagues and I were plagued by a culture where we were more interested in getting the praise from other journalists than doing good for society.

In any profession, when you are stuck at some point, you look at yourself in the mirror. If you are dissatisfied with what you see, you either break it up or shape up a little. I realized that I did not really like what I saw, so I dove into the effect that news culture had on society. Especially with the rise of social media, we have more deadlines and more competition to get the attention of people in order to make money. We think that the more dramatic and full of conflict the article is, the better. This leads us to frame the world in a particular way: worse than it actually is. In return, it affects the way the public perceives the world. People think the crime rate is going up when it is actually going down; their fear of terrorism is increasing while the risk of experiencing an attack has not been that low since the 1970s; they think the world is full of wars and terrible shootings but never have so few people died in wars as right now.

How would constructive journalism answer this issue?

Constructive journalism is the idea that the public debate should also deal with the future, and this is what politics is all about. Cynical journalism is the reason why politics have been so frustrating to watch and participate to. This lack of trust in journalism threatens politics too.

In what ways does the trust crisis also jeopardize democratic institutions?

A recent survey in Germany points out that 73% of the population does not trust traditional media (so not only tabloid media) when they read stories about crime or immigration.

To put it bluntly, in a society where people have nobody to trust, it will be the crudest, and the most liked person that will become president of any country. The gap between reality and the public perception of reality is growing everyday which is why it feels insecure. There are two ways of reacting to this: you either disengage from public debate or you are eager to listen to somebody with easy solution (“Let’s build a wall”). In May 2016, there were 8% Muslims in France but 31% in people’s minds. And if, because of the media, the only Muslim people you know are those who shoot Charlie Hebdo, who do you vote for in an election in France? Societies need authorities but journalism has shut all of them down. We don’t believe in the church, we don’t believe in the banks, in insurance companies, in politicians and all of it for many good reasons. But if people do not believe in journalism, then who should they lean on? We need to reestablish journalism as an authority in democracy.

What is the rhe role and goal of the Constructive Institute in the promotion and spread of constructive journalism?

We want to change the global news culture in five years by helping news organizations reconnect with their audience. They can be more credible by changing their mindsets about what a good story is: a good story does not necessarily have to be a bad story, it can also be inspirational. Journalists don’t have to use their microphone as a dagger to stab someone to death in order to be good journalists (even though sometimes they should), but they can also use their pen and microphone as a conductive stick in order to facilitate the debate, to try and find common ground.

In the process of implementing your initiative, were you confronted with people who opposed your ideas, who argued constructive journalism would not be efficient?

Yes, definitely. When I was editor-in-chief and news editor, most of my colleagues did not understand my claim because I had been an investigative reporter for so long and suddenly I was supporting that there was something wrong with the way we were doing our business. In addition, we are used to everybody criticizing journalism, and we don’t particularly enjoy it. It took a lot of effort to persuade them that what I was talking about was not an alternative to investigative journalism, it was not that I wanted to do ‘positive or happy news’, but it was a mindset change and a supplement to the way we conduct our business. Now that it has been proven that it works, they understand that it is a way to reconnect with their audience. Last week, I visited The Guardian in London. They have tried implementing constructive journalism as an experiment for eighteen months and it turned out that people read these stories more: they read them until the end and shared them more on social media.

How is constructive journalism related to your favorite quote: “stay hungry, stay foolish”?

Those are Steve Jobs’ words. The moment you stop being hungry, you get fat and lazy. In parallel, the world around us evolves so much. We should continuously be hungry to find new ways, be curious about new ideas, experiment more, talk to other people and find out what they are doing. In addition, if we are afraid of making mistakes, we will never dare try something new. If we are afraid of being ridiculed by claiming that we need to do something different, then we will never change. So, don’t be afraid, no matter what age you are, be hungry and be foolish, follow your heart and intuition. It works. The Constructive Institute have been invited all around the world to talk about this. On January 18th, the second global conference on constructive journalism will take place in Geneva.

Here is an exclusive preview of one of the subjects that will be tackled during this conference (it’s free!). For more information, consult the website.

How could journalism help rebuild post-conflict societies?
A lot of countries around the world experience civil wars or rebellions and the press always becomes part of the conflict: it takes sides either with or against the rebellion. We are trained to cover all the bloodshed, the war and the conflict and the fear, but what is our role when peace breaks out? We will talk in particular about a project in Colombia. Now that the peace treaty has put an end to the civil war, newspaper organizations are suddenly confronted to a dilemma: what is their new role? Could they use journalism as a way to build bridges, to de-demonize the other party? How can we use journalism to rebuild schools, to generate a debate about ideas on how to improve our healthcare system, to build up democracy after peace has broken out?

More than we can imagine, journalism still has many roles to play. Bringing their carriers to the foreground, journalists are guilty of the news culture’s trust crisis. News readers either disengage from news reading or elect unqualified leaders that praise easy answers to intricate questions and that benefit from an overwhelmingly wide free media coverage. Or both. Consequently, democracy is hindered.

Journalists can also be actors of the worldwide attempt to extricate us from this crisis. In Ulrik Haagerup’s opinion, they hold the keys that will trigger the necessary changes. The Constructive Institute promotes a type of journalism that should stimulate public debate in order to spark solutions.

Charlotte is the Foreign Affairs Francophone Editor. She is French and accidentally American. She is a 2A Euram at sciences po because it is cheaper than American universities. She is passionate about the environment, cultures, migration, globalisation and many other -tions.