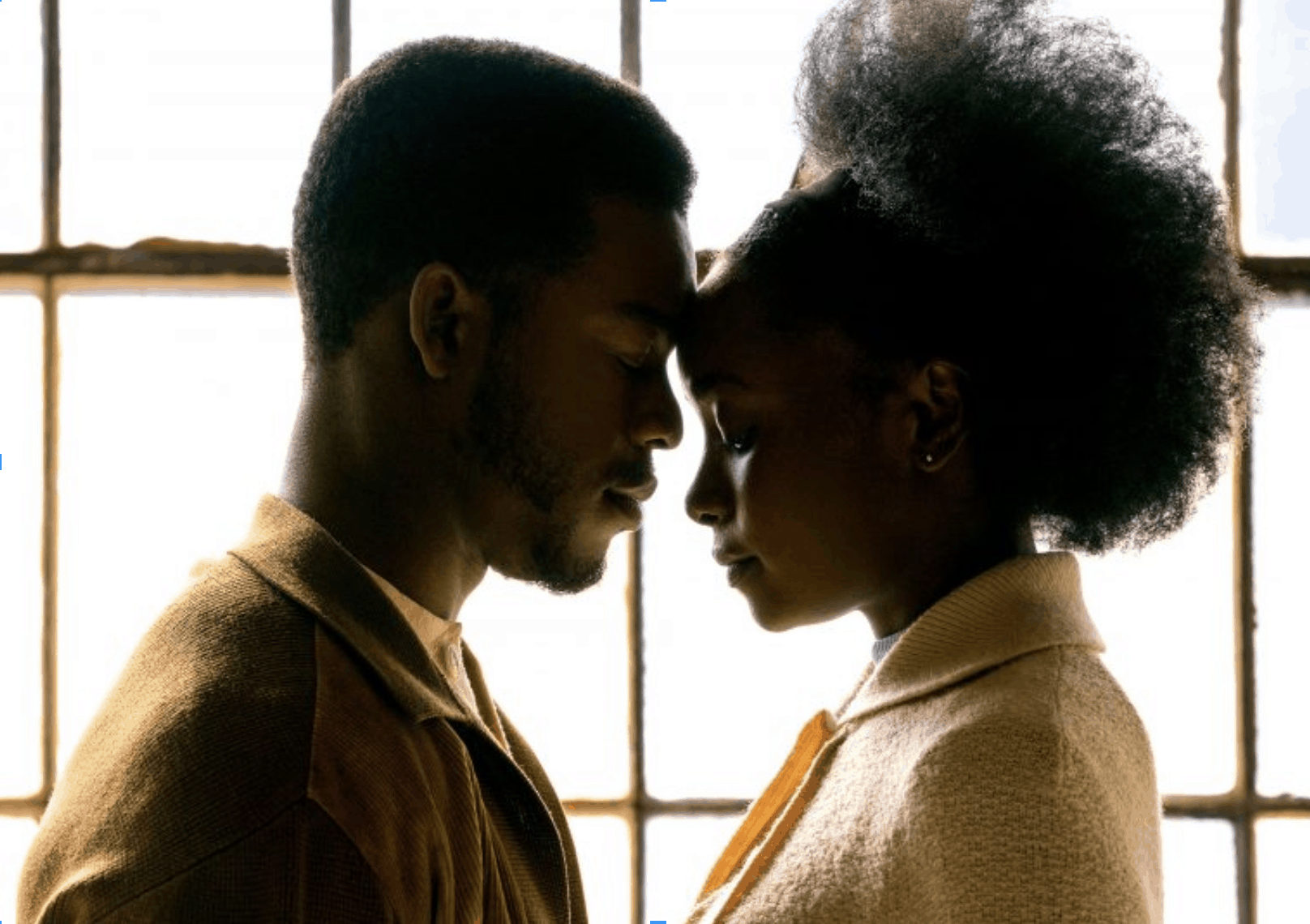 Swathes of contrasting blues and yellows envelop the luminous faces of Tish and Fonny as they stroll through 1970’s New York City, captivated by each other’s presence. A portrayal of a young love that is fresh yet not overly saccharine is a welcome departure from the status quo.

Oscar winner Barry Jenkins returns to the directorial chair with If Beale Street Could Talk, an adaptation of James Baldwin’s novel. Centered around the romance between Tish and Fonny, the book explores topics including racism, poverty, sexual assault, police brutality, and the horrors of mass incarceration. Through all odds and adversity, audiences will find themselves desperately rooting for a happy future for Tish and Fonny.

The love story of childhood friends Tish and Fonny is initially full of innocence and joy, recounted slowly in a non-linear fashion. The film documents their close and supportive relationship, picturing major milestones such as their engagement and first apartment. Yet the tone darkens when Fonny is falsely accused of rape by a racist policeman. The subsequent legal battle mounts as both families pour all their resources into clearing Fonny’s name. The situation further complicates when Tish reveals she is pregnant with Fonny’s child, forcing the families to resort to illegal activities to pay for the lawyer’s fees and prepare for the new baby. Fonny’s family turns against Tish’s, condemning their child born out of ‘sin’ and patronizing Tish and her family for being less educated than them. Tish’s family remains supportive of her throughout her battle to clear Fonny’s name, a portrayal that breaks negative and pervasive stereotypes of black families. The mounting tension is layered and palpable and the breaking point of the pressure leaves viewers heartbroken.

Even when dealing with a serious subject matter, there are lighter moments, such as Tish’s pregnancy reveal, where an evening intended for celebration devolves into a biting exchange of insults between Tish and Fonny’s families. Lightness and poignancy is also found between the intimate domestic moments between Fonny and Tish. They share their dreams, hopes, and fears just like any other couple.

Some of the most tender moments a couple can share together are experienced a bit differently by Tish and Fonny. When Fonny is imprisoned awaiting trial, they are often forced to interact through a thick sheet of glass with a phone in hand. The moment Fonny learns he will become a father, time seems to be suspended in air. Profound joy is coupled with profound fear. Fear that he cannot be free for his child’s birth, or even their entire life. Fear of Trish’s pain as a potential single mother with a child out of wedlock and of a future of poverty for his loved ones.

Complex and often conflicting emotions are dealt with in a balanced, graceful manner.

Fans of Baldwin’s writing need not be afraid of a butchered version of the original novel. Jenkins stays true to the narrative structure and manages to translate the lyricism and sorrow of Baldwin’s words into a visual medium. Although Jenkin’s body of work is still under development, motifs and signatures from his previous films shine through. Detailed universe building, sweeping shots, and deliberate pacing are evident. He brings 1970’s Harlem to life, from the lively streets to the neighborhood children playing on the corner. A kaleidoscopic array of colors and textures give the film a tangible vitality and pulse. Jenkin’s expertise in narrative building shines through, keeping audiences invested for the duration of the movie. A keen eye for detail is also evident in the costuming, as the characters style are both distinct and reflective of the time period.

Another delight of the film is the Oscar-nominated soundtrack composed by Nicholas Britell. Britell shows versatility and subtlety in the way he is able to capture the range of emotions in a cohesive, tonal universe. The music adds an extra dimension to the elements of the film, lush strings and evocative horns illustrate the ebb and flow of Fonny and Tish’s life, leaving the audience tranquil at times while tense in others.

Jenkins intentionally connected the narrative to modern audiences by showing that the struggles in the movie still exist. African-Americans continue to face racism, white supremacy, police brutality, disproportionate poverty, and mass incarceration. Among the most visceral moments in the film is a monologue by Brian Tyree Henry, who describes being hopelessly trapped in a cycle of poverty, where incarceration and institutional violence have ravaged his life.

Work towards reforming a racist justice system can be achieved through education, lobbying, and policy change, but Jenkins shines light on another possible radical solution: love. He gracefully portrays black love through adversity, directly challenging the negative stereotypes that often surround it. This love comes in infinite forms, from warm and constant support of families to the steely strength of a romantic partner. The movie is not naive; love will not overturn decades of institutional oppression or magically correct the injustices of the past, but it can bring healing and progress. Tonally it’s not a question of pure optimism or pessimism, rather a budding and hopeful realism. It is acknowledgement that while the road won’t be easy or quick, we will work towards a day where the tragedy surrounding Fonny and Trish will never again repeat itself.

Sarah Zhang is a 2a student who hails from one of the flyover states in the US. She enjoys everything related to fashion, art, and cinema.