By Carolien Van HoofFebruary 19, 2019 No Comments 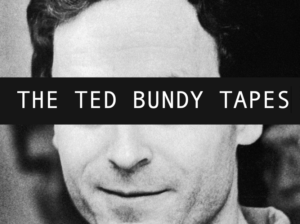 On January 24, exactly 30 years after the execution of the notorious serial killer Ted Bundy, Netflix released a four-part true crime docuseries titled Conversations with a Killer: The Ted Bundy Tapes. The series, directed by Joe Berlinger, uses recorded interviews with Bundy, clips from news outlets, and contemporary interviews with former friends, prosecutors, psychologists, FBI specialists, and near-victims, to masterfully unfold a chronological recounting of Bundy’s crimes, his trial, and his execution.

Ted Bundy, reputed as America’s most infamous serial killer, confessed to murdering, raping, and mutilating around 30 women between 1974 and 1978, but the number is believed to be closer to 100. Bergstein not only portrays Bundy and his crimes in a sobering fashion, but he also smoothly incorporates some of the terrifying aspects of this story, not directly caused by Bundy. Namely, the impact of Bundy’s actions on society as a whole. Including the fetishization of him and the vicious demands for his death. In this way, Berlinger skillfully portrays both a profile of a serial killer and a sobering reflection of society.

The docuseries uses 100 hours worth of tapes recorded by journalists Stephen Michaud and Hugh Aynesworth while Bundy was on death row. Michaud suggested to Bundy during their interviews to talk of himself in the third person in order to separate himself from the story, and hopefully allow him to open up more. For the first time, the journalists delved into the psychoanalysis of something that Bundy called “the entity”, a desire that culminated in the murder of young women in order to be fulfilled. The result is a chilling monologue which dominates the docuseries.

Berlinger expertly incorporates the similarly horrifying impact of Bundy on the public, from the romanticization of him or the excessive celebration of his execution. During his trials, Bundy gained a strong following of young women who were infatuated with him and vehemently believed in his innocence. Their consistent mantra was “I can’t imagine someone like him could have done such things,” citing his clean-cut look and charm as supporting evidence.

Contrastingly, in the hours leading up to his death, the fields in front of the Florida penitentiary where Bundy was held were filled with cheering Americans who demanded the killer’s violent end. Fireworks were shot, drinking songs were chanted, and a resonating “Burn, Bundy, Burn!” could be heard coursing through the crowd. Bundy, hearing the fireworks and the cheers, told an FBI agent “They’re crazy! They think I’m crazy? Listen to all of them!”

Inadvertently, the series also provides a bleak look into the flaws of our society, specifically in terms of the dangers that white, male privilege poses to it. Throughout the series, Bundy is given excessive credit for his abilities. While he was egregious and cunningly manipulative, was he truly that much of an “evil mastermind” to have been able to commit the gravity of his crimes, and to escape twice?

The answer is no.

He was continuously helped along the way due to the excessive privilege he held as a handsome, college educated, Republican, white man. Time and time again interviewees in the series proclaimed how utterly confused they were by how much Bundy, as his lawyer put it, “seems like one of us.” The continuous framing of Bundy as a psychotic genius are means of burying the continuous incompetence of law enforcement that allowed his killing rampage to go on for as long as it did. This is especially evident when Bundy was able to escape by jumping out of a window, because he was unshackled and unsupervised, as he was not considered a threat. This is further shown by the Judge’s parting words to Bundy after he was sentenced to be executed:  “You’re a bright young man. You’d have made a good lawyer […] I don’t have any animosity to you.”

Even after death, his privilege is painfully evident. Would he still be so notorious if he was not “attractive”, white and male? If you believe the answer is still no, I recommend that you watch the trailer for the recently-released movie: Extremely Wicked, Shockingly Evil and Vile. It stars none other than teen heartthrob Zac Efron as Ted Bundy, shown in the trailer winking into the camera, charming the courtroom and playing with his girlfriend’s daughter. We are even indulged with a glimpse of Bundy shirtless!

What the trailer fails to show is Bundy as the heinous serial killer that he is. In many ways, it reflects the newfound fetishization of Bundy and the consequent disregard for his crimes. Curiously enough, the director of this movie is the same director of the docuseries, so perhaps the trailer is misleading, and the film will manage to portray a more courteous recounting of Bundy and his crimes.

Conversations with a Killer: The Ted Bundy Tapes is a fascinating look into Ted Bundy’s psyche, through the recounting of his innumerable crimes. Berlinger masterfully interweaves all crucial aspects of the complicated timeline between 1974-1989, while simultaneously providing insightful commentary. While it is clear that Bundy’s psychopathic tendencies made him a cunning, manipulative figure, we should not over-credit him. This overshadows the incompetence of law enforcement and the dangers of white male privilege that is also at play. So when you binge-watch the four-part series, or go to see the Zac Efron movie, I ask you to keep in mind who Ted Bundy truly was: a painfully average white man, who was helped along the way in every aspect of his story.

Carolien Van Hoof is a second year EURAM student from Belgium. As a culture writer, she makes up for the lack of culture from her home country with her impressive procrastination skills, which has lead her to consume a lot of TV and literature, giving her plenty of material to write on.