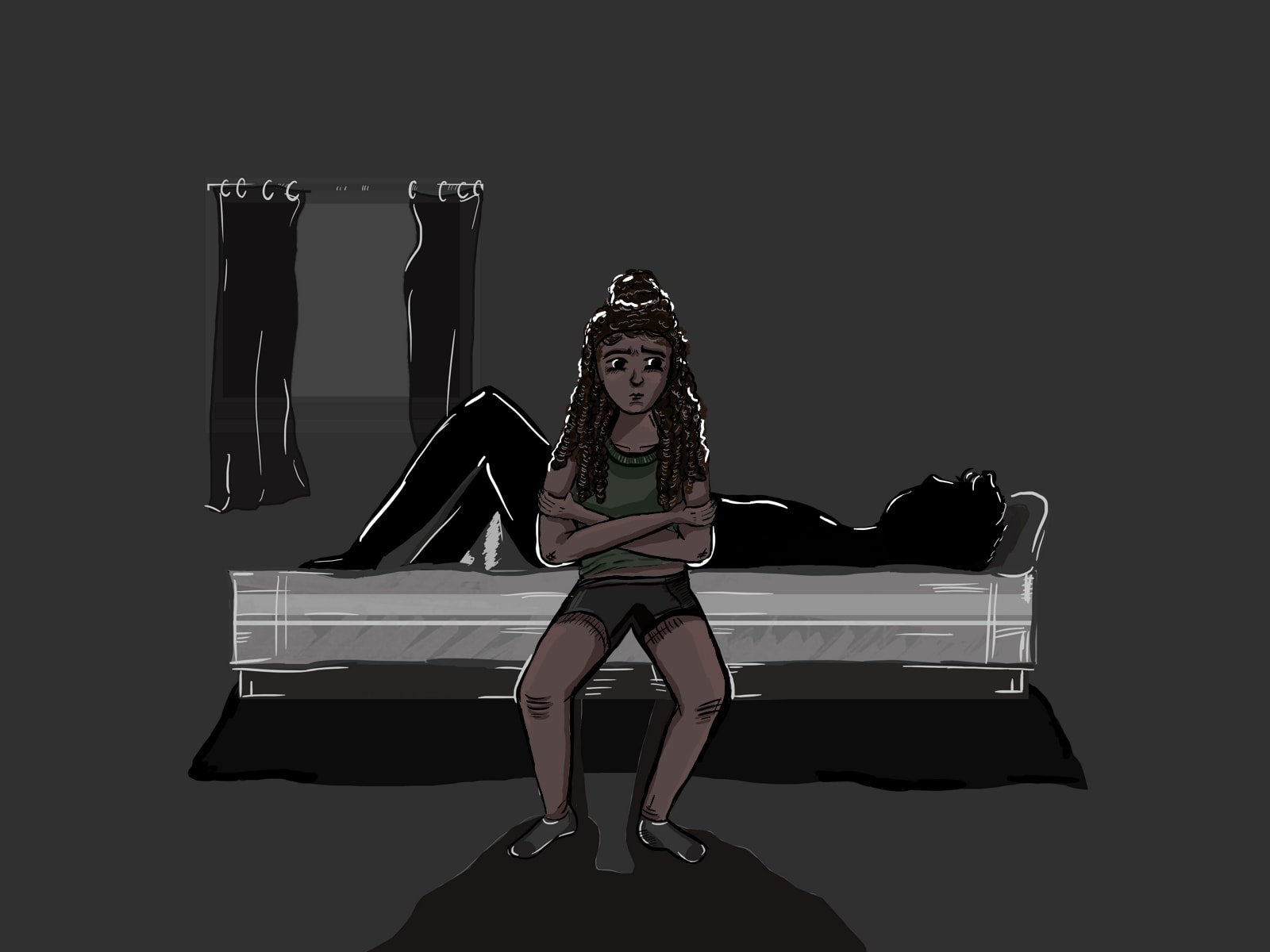 Due to the weight of the article, at the personal request of the author, and in order to protect her privacy, The Sundial Press has decided to publish this article anonymously. The anglophone editor in chief, the opinion editor and the illustrator vouch for its authenticity.

I suffered my first experience of sexual assault during my semester abroad. I am not sure how to best describe it, because it is an experience that lives in a gray area. No violence was used. Everything happened consensually… until it did not.

We were making out – consensually – in his bed. I took my clothes off willingly. He wanted to have sex, but we did not have a condom. I told him very clearly that unprotected sex was not an option for me. Then, while we were kissing, I felt something slip inside me that was not his fingers. I froze.

“What are you doing?” I asked in a surprised voice. He answered, half playful, half defensively, that he was just “trying something”.

I had told him no repeatedly and said that I did not want this. So why did he do it?

“I thought you didn’t mean it.”

But I did mean it. I had told him several times before. What is so complicated about the word “no”, that causes men to often just ignore it? Do they think that if they just try a little bit more, the no will suddenly change into a yes? No matter the cost?

He apologized and proceeded to kiss me again. While I engaged, my brain was still frozen.

What had happened? Was I raped? Or was it just an attempt? What should I do? Eventually,

I bit him strongly on the lips and he told me to leave. I left.

The first time I told this to a friend, on the same night, I asked her if I had been raped. She held me tightly and said yes. He tried to penetrate me without my consent. But you see, up to that point, everything else had been consensual. He did not even succeed in his attempt. He was not violent. In fact, he even reacted coolly. A lot of people would not consider this rape. It belongs in the gray area, they would say.

The second friend I told this to said that while it was not rape, it was some kind of sexual assault. She was sorry and angry at the situation. The third one, while recognizing the awfulness of the situation, played it off more naturally. These things happen, it is not rape, she said. It was what my fourth friend said that stuck to me the most. After I told her, she stayed silent for a while before saying: this sucks, but it has happened to most women at least once in their lifetime.

The fatality of that statement was startling. Even worse, the tone of acceptance in it weighed down on me. It meant that it had probably happened to her too. Moreover, it meant that this is to be expected. I know that sexual harassment and assault are part of women’s reality all over the world. It just had never happened to me before, and for whatever reason, I never imagined it would. All the guys I had been involved with before were respectful of boundaries. I just did not see any reason to believe otherwise. Perhaps I was very naive.

Her comment stayed with me for a long time. So did the thought of other girls and women before me, as well as after me, knowing that something like this might happen to them, if not worse. I thought about all these women, quietly accepting that this is just “one of those things” they have to put up with, a sort of unwelcome “life experience” that is to be expected. They might dread it, or even be unaware of it, like me, but when it happens they have to simply accept that it is “one of those things” that men do. Now I think I should have yelled at the guy, and prevented something like that from ever happening to another girl again. I was frozen and surprised, so I did not do that. But I should have.

Eventually, I told my mom what my friend had said to me. I told her how I was shocked by its implications. My mom pointed out that my friend was right, though. It had happened to my mom too. Not the same thing exactly, but other experiences where her boundaries had been willfully disrespected by men. However, she was always quick to react, and nothing too serious happened in those cases. Here, “nothing too serious” to my mother means that while it was damaging to her core, it was something she could live with and even forget about after some time. For my mother, it was merely something that happens to you once, or twice, or more, as it has happens to every woman. A rite of passage in our misogynist society. Something tacit, accepted and even expected, if you are a woman. A part of this common agreement we have unwillingly been forced into.

I am not sure if this essay has a point. The point perhaps, other than sharing my story, is to reach other women. It is to denounce this practice of men accepted by our society. We cannot stand for this. There is no gray area for the disrespect of a woman’s boundaries.

Men everywhere should listen. We can no longer treat these occurrences as “one of those things”. This can not be the norm. No means no.

I think I did too.