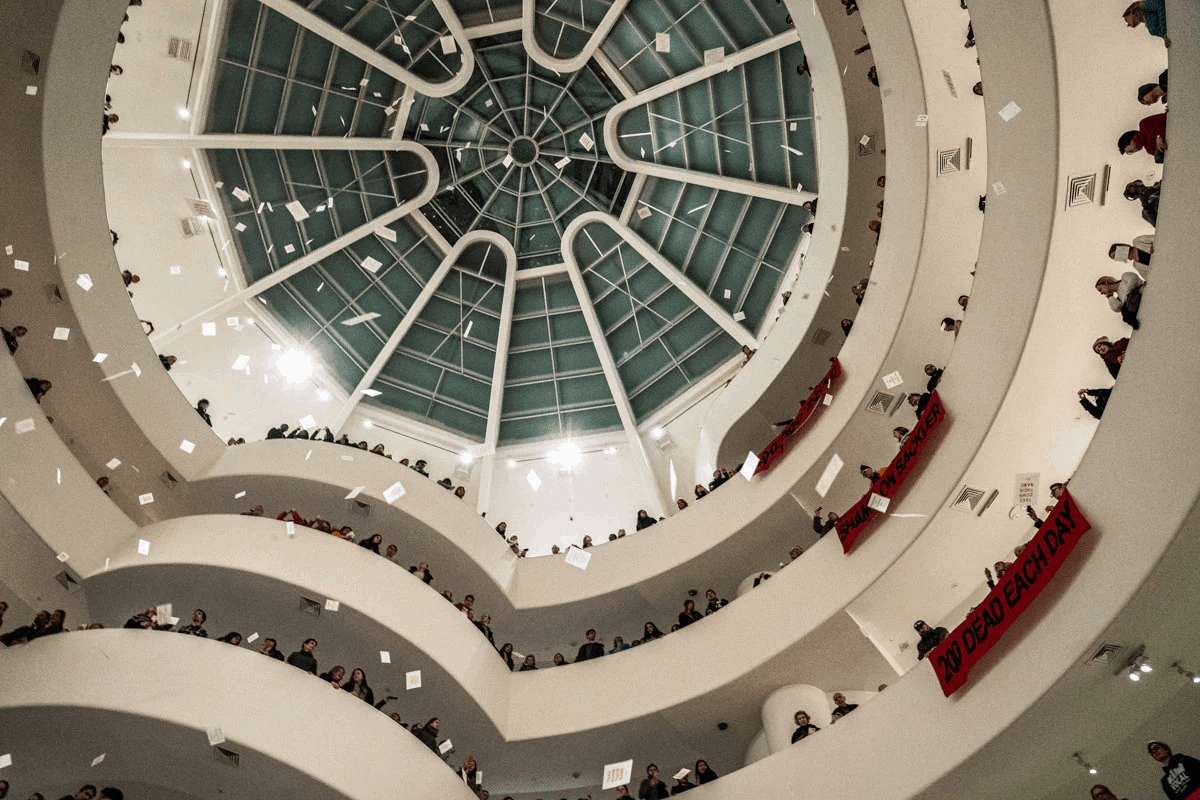 The Price of Art

By Ioana PleseaApril 3, 2019 No Comments 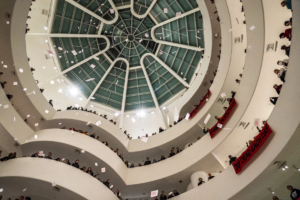 Protest at the Guggenheim, Photo: The New York Times

Recent events have pushed art museums to the forefront of debates about social responsibility. In March 2019, the National Portrait Gallery of Britain became the first high-profile art museum to turn down a donation from the Sackler family, based on the fact of that members of the family own Purdue Pharma, a pharmaceutical company which is widely considered to have provoked the opioid crisis in the US. Soon, other museums followed in deciding to no longer accept gifts from the Sackler family: the Tate in London, the Guggenheim in New York, the Metropolitan Art Museum, and many others  have declared that they will be re-evaluating their donation policies in light of the controversies surrounding the family.

As of 2016, the Sackler family was the 19th richest family in the US, according to Forbes, with a net worth of 13 billion dollars. In 2017, the New Yorker published an account of how the Sackler-owned company Purdue Pharma has profited off of aggressively marketing the painkiller Oxycontin for a wider use than just patients with terminal diseases. Their marketing scheme involved paying doctors to produce studies that paint the drug as the least addictive painkiller there is, and then aggressively market the drug to other doctors, based on those studies. But The New Yorker reports that the drug’s sole active ingredient is oxycodone, “a chemical cousin of heroin which is up to twice as powerful as morphine”.

As a result, the drug came to be overprescribed and, despite the claims of Purdue Pharma that it is not addictive, many patients became addicted. The scale of this drug epidemic cannot be understated.  From 1999 to 2017, over 200,000 Americans have lost their lives in overdoses related to doctor-prescribed opioids. According to the same source,  46 people die every day because of prescription opioids, and Oxycontin is cited as one of the most commonly used.  As if this was not enough, when the patients cannot pay for prescription drugs it is extremely likely that they will turn to heroin. 3 out of 4 new users of heroin between 2000 and 2013 have reported misusing prescription opioids before using heroin. 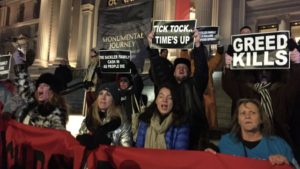 The protest organized by artist Nan Goldin at the Metropolitan Museum in New York. Photo: All Arts

In March 2018, an activist group led by the photographer Nan Goldin protested at the Metropolitan Museum of Art in New York, in the Sackler Wing of the museum.  Nan Goldin is herself a renowned artist, famous for her candid-like photography, often depicting  moments in the lives of marginalized people. The protest called for the Guggenheim to stop accepting donations from the Sackler family because of their connection with the opioid crisis.

Another protest against a high-profile art institute who accepts donations from the Sacklers was staged at the Guggenheim in February 2019 by the same group. The protesters stood upon the white balconies, symbolic to the Guggenheim’s modernist architecture, and threw down papers made to look like prescriptions, ironically referencing one of Richard Sackler’s emails where he said that  “the launch of OxyContin tablets will be followed by a blizzard of prescriptions that will bury the competition”.

Such pressures from the public have caused museums to reconsider their practices regarding donations from the Sackler family. Nonetheless, even if three major museums have signaled a change to come, the Sacklers remain deeply anchored in many cultural institutions from all over the world.  The Louvre has the Sackler Wing of Oriental Antiques, the American Museum of Natural History has the Sackler Educational Laboratory, Tufts University has a Sackler graduate school, University of Oxford has a Sackler Library. These are just some of the examples where the Sackler name becomes a part of the institution itself, but there are many other cases where the donations are not as evident.

All in all, the Sacklers seem to  have been incredibly devoted patrons of the arts, but they also amassed a great deal of wealth by indirectly causing the deaths of hundreds of thousands of Americans. They are undoubtedly not the only example of  benefactors donating money made in an immoral way, and as art critic Roberta Smith notes, this is how museums survive, through the support of the well-off who may be themselves trying to clear their conscience. However, the Sackler case presents a deliberate disregard for the worth of human lives and an exploitation of an already unfair healthcare system.

Drug addiction comes attached with a visceral violence, but we also see it depicted in a hedonistic, tragic and sometimes romantic manner. For some artists, modern art is an escape from the cruel world and tragedy of drug addiction. Many of the artists whose works hang in museums funded by the opioid crisis were addicts themselves.

I do find it impractical and unrealistic to ask museums to rid themselves of all donors without a perfect ethical record, but I do find it imperative that they draw a line somewhere. Maybe us, the visitors, also have to consider not only the art but the institution itself. Paintings depicting immense sadness and marginalization might be hanging in front of us as a result of the same kind of human suffering.

Ioana Plesea is a first year in the Euro-American Program. Hailing from Romania, she loves the arts and ranting about Eastern Europe.