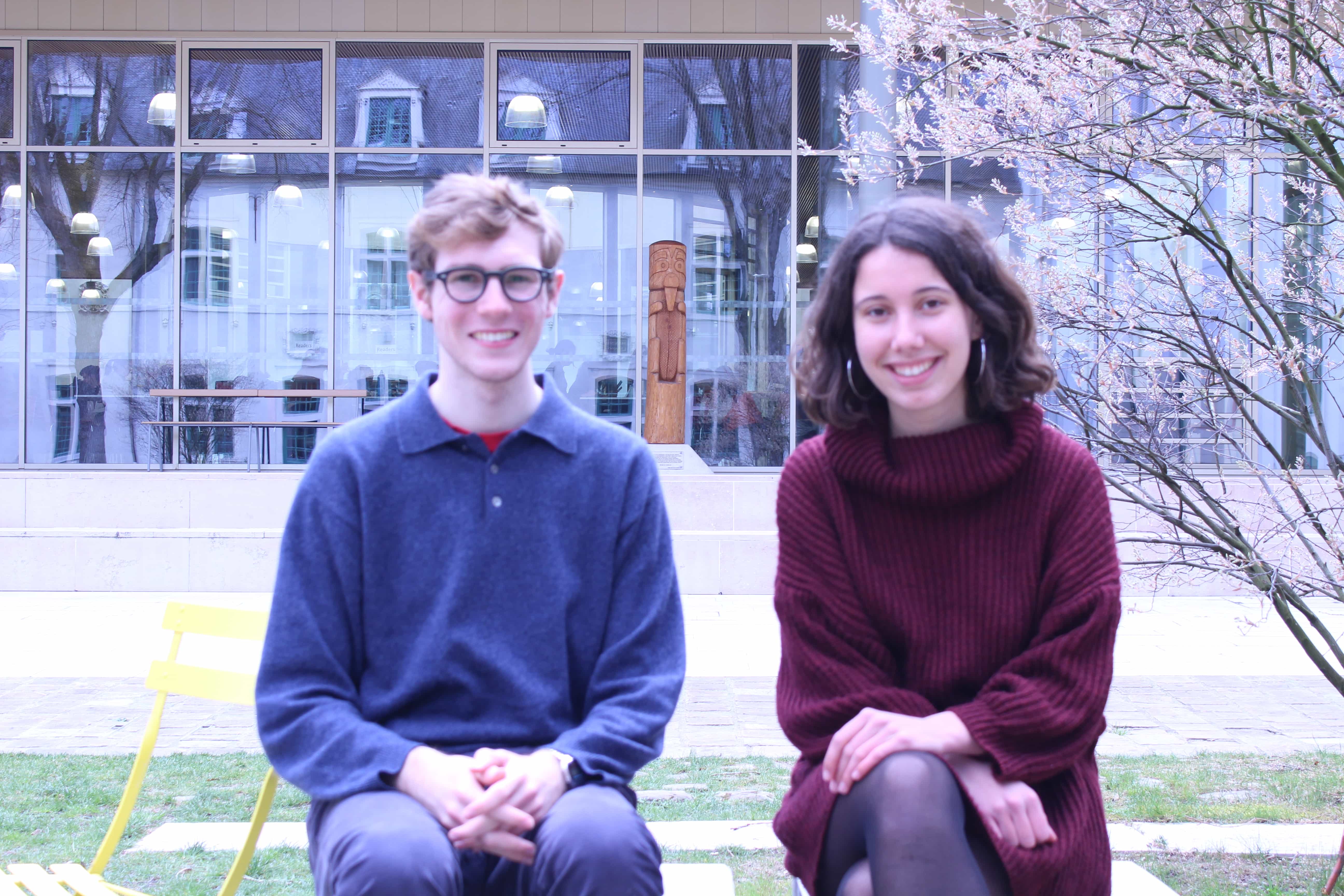 An Interview with the Campaign Committee

By Alexandra OhApril 8, 2019 No Comments

In a few short weeks, Campaign Week will be here. For those of you who don’t know what Campaign Week is, Alexandra Oh sat down with Alex Goth, Jasdeep Singh Hundal, and Julie Sitaud from the Campaign Committee to answer some basic questions.

Who are you guys?

Alex Goth (AG): I’m a second-year student in the Euram program from Australia. I’m a novice when it comes to Campaign Week; I’m not part of a bureau and I wasn’t part of a list last year. So, I’m one of the people selected by the lottery to represent the student body as a whole and not to represent one of the bureaus.

Julie Sitaud (JS): I’m in Euraf, and I took part in Campaign Week last year. I was in ASAP, so we lost. This year I was selected to the Campaign Committee by the lottery, like Alex. Our job is to make sure everyone follows the rules. For me, it’s helpful having been in ASAP last year because I know how it feels to be in a list.

Jasdeep Singh Hundal (JSH): I’m the BDA treasurer, so I was in the winning BDA list last year. The Campaign Committee has two members of each permanent bureau, so I’m the second type of member of the Committee.

What is the Campaign Committee? Who is in it? What is your role?

JS: We are 17 people. 8 members of bureaus, 8 members of the student body selected by the lottery, and Anne-Charlotte.

AG: Anne-Charlotte is there in her capacity as head of student life.

JS: Without the Campaign Committee, there is no Campaign Week. We are there for organizational purposes, and also for basic communication as the lists are not supposed to talk with each other. We make the link between them all and give them guidelines and rules to respect.

JSH: Our role can be simplified into two aspects. One is a procedural aspect: we create and evaluate the rules and we hold a general assembly to validate these with the student body, we watch the lists to ensure they respect the rules, and we sanction lists if they break the rules.  The other element is organizational and logistical, as we ensure that safety measures are upheld during events. We also ensure that the distribution of space and resources is equal and fair between the lists. We make sure that there is communication with the administration and organize the voting process. We also make sure that each list meets certain distribution requirements, such as gender and cohort. But our main purpose is to uphold the clarity and fairness of the process so that the results of the election really represent what students want.

AG: To add to that, in a more philosophical approach, we are here because the student body wants us to be here. The Campaign Committee and the Campaign Week itself can only be formed by the general assembly we had. So the student body had a role in choosing, adding, and changing rules. For example, the number of Campaign Committee members chosen by lottery was increased so the number of bureau members equaled non-bureau members. 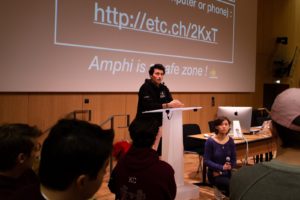 The campaign rules are being validated. Photo: Idil Kutlu

What is Campaign Week? Why is it important?

AG: Well every year, the four permanent bureaus (the Bureau des Élèves (BDE), Bureau des Arts (BDA), Sciences Po Environnement (SPE), Association Sportive (AS)) all have to be replaced. So Campaign Week is basically for lists of people to prove their chops. But it’s also for the campus to get a feel for the dynamic of the lists.

JSH: Having been a part of the process, it is not easy. It is an important show of tenacity and determination to host a week of events, back-to-back, that really require a ton of effort and manpower. And on top of that, you have to balance school. It was definitely one of the most challenging things I experienced here at Sciences Po. Hug your friends on Campaign Week! It makes a big difference, whether you vote for them or not. For me, it was just a great show of school spirit, for those on lists and not. I mean that’s when I feel community school spirit most poignantly.

JS: Yes, it is important to take care of each other during Campaign Week, especially to sleep! It is so important during the campaign.

AG: The process begins with a general assembly. This year we had two since the first didn’t reach a quorum. Next, the lists submit dossiers with their plans, and the Campaign Committee begins the logistical side of things to make sure everyone has the same opportunities. We basically just make sure there are no clashes for resources. Soon we will let the lists know what we’ve decided, and they also have to go through basic training for events security and responsible consumption and serving of alcohol. Also, no one is allowed to say anything about the lists until the week begins. Nothing can really happen before Campaign Week. We also go through all the finances after the week and make sure to validate everything. 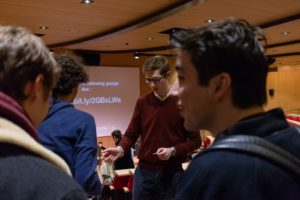 Where does the money come from for Campaign Week?

JS: There are two ways a list gets money. First, there can be a 1000 Euro personal investment. And secondly, you can have partnerships up to the amount of 500 Euros.

JSH: You can also sell products and create your own income, but everything has to go back into the campaign.

Is there anything else people need to know about Campaign Week?

JS: Just that everyone really needs to take care of each other.

JSH: And we really hope that this will be an exciting and engaging week 11 for everyone, so we hope that everyone is as excited as we are! We also really encourage everyone to participate, to see which list has the best events, vision, and communication, regardless of what your cohort or year is. This is the time to make a difference because this will impact all the events of your next year.

AG:  I think it’s important to remember that at the end of the day, people are worth more than winning or losing.

JSH: Yes, Campaign Week is really about learning from each other, and this idea of a campus spirit where we all collaborate.

Campaign Week is held during Week 11, from April 12 to April 21. Every student on campus including 2As and Exchanges vote. For more information or to read a full list of the rules, visit: https://www.bde-reims.fr/campaign-week.