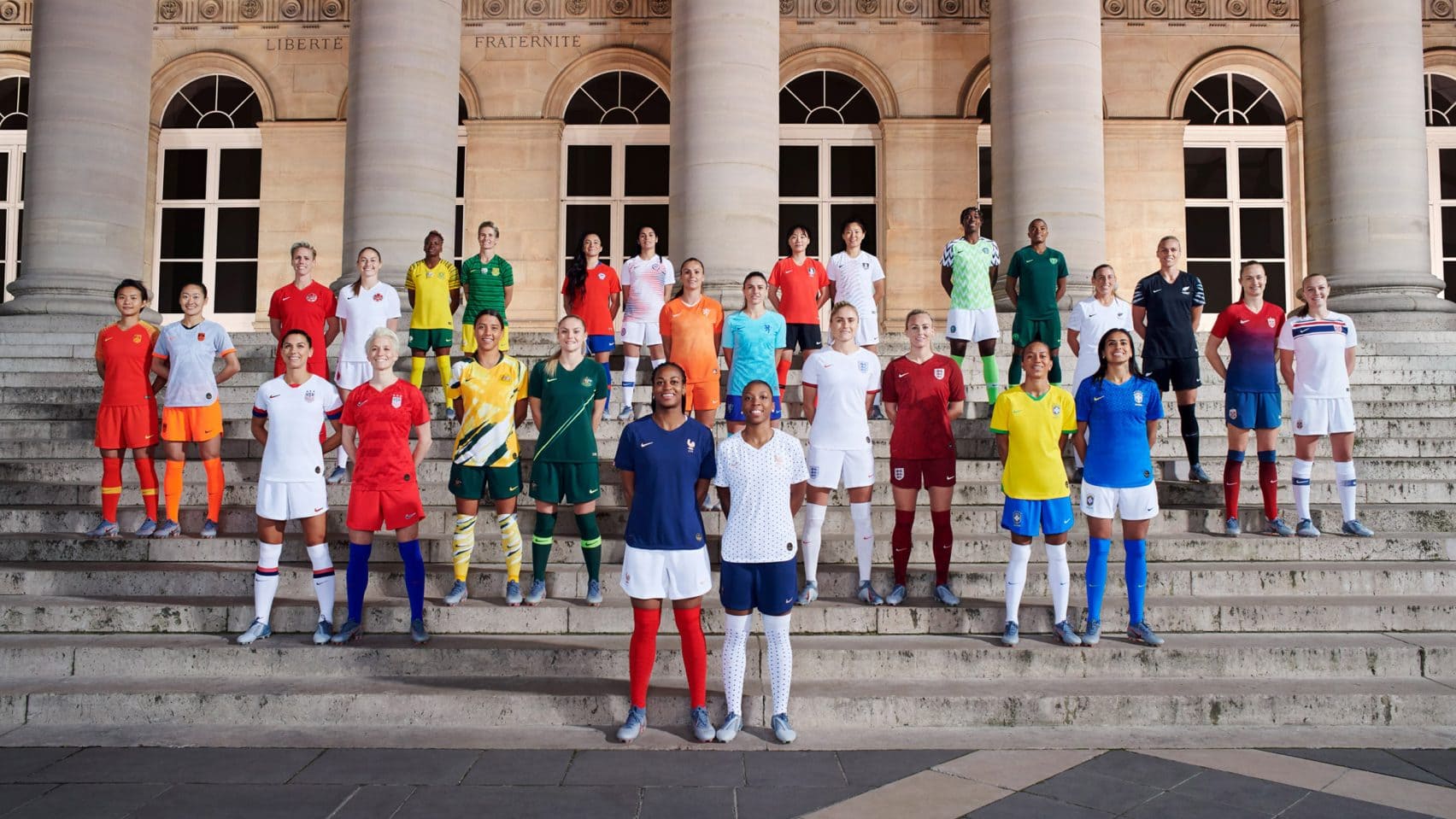 New Jerseys Will Not End Sexism in Football

By Sophie HarringtonApril 9, 2019 No Comments

On Monday March 11, Nike released their new line of women’s football jerseys in preparation for the 2019 Women’s World Cup. For the first time ever, Nike produced a line of kits, in collaboration with female athletes, to create a design and fit uniquely tailored for the women’s teams. 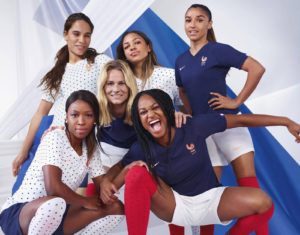 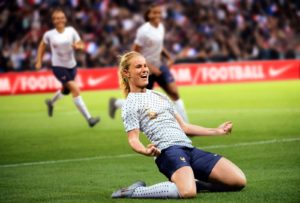 This year, 24 teams are playing and Nike designed kits for 14 of them including the host country, France. While most of the jerseys highlight dynamic patterns and fierce designs, France’s home kit has a classic navy blue with a rose-gold emblem. The away kit is a bit stranger. Covered in tiny blue hexagons, it looks more like a polka-dotted set of pyjamas than a football jersey. While Nike’s actions are being recognized as gender inclusive, the fact of the matter is that it took them much too long to realize the importance of designing jerseys specifically for female athletes. For years it has been clear that FIFA, the governing body of world football, still has sexist practices. It is equally disappointing to face major corporations and companies adhering to gender stereotypes, and see them applauded for making basic changes without recognizing decades of gender discrimination.

In a press release on Business Wire the day the jerseys were released, Mark Parker, NIKE’s CEO stated “We believe this summer can be another turning point for the growth of women’s football … our bigger ambition is for that energy and participation to extend into all sports.” While the sentiment expressed by Parker can be seen as progressive, it will take a lot more than jerseys specifically designed for a women’s build to undo the years of discrimination female footballers continue to face.

Over the past decade women’s footballers have begun to speak out against various forms of inequity. Among them: women being paid significantly less than their male counterparts (especially for the same major tournaments), women playing on turf as opposed to grass fields, and women’s football only being televised on obscure channels.

Associated Press writer Annie Peterson, notes the difference in prize money for the women’s team as opposed to the mens. The pool of prize money for the women’s cup is being doubled from the $15m in 2015 to $30m this summer in France, but the gender gap is still huge with the men’s cup in Russia last summer worth a jackpot of $400m. Additionally, while the French men won $38m for winning the 2018 World Cup, the women will only win $4m this summer. In defence of this disparity, arguments have been made that men’s teams bring in more money from television viewers and sponsorships and thus, men’s teams generate more revenue. However, this argument does not allow the vicious cycle to be broken: it is up to FIFA to provide their female athletes with equal resources and finances as the men, and it is up to the major corporations to broadcast the women’s matches on channels accessible to everyone. Once this is achieved, women’s footballers will have a better fighting chance to get more sponsors and television viewers.

Moreover on March 19, Comcast’s Telemundo announced that the final for the Copa America 2019, a men’s international football tournament between national teams from South America, will take place the same day as the Women’s World Cup Final, July 7. Additionally, the CONCACAF Gold Cup, a biennial men’s international football tournament between teams from North and Central America and the Caribbean region, will also be held July 7. This is all to say that despite decisions by corporate organizations outside the football world, it is clear that the attitudes of the heads of the football world have not changed in their approach towards women players. Changing the jersey is only a micro-step out of a much larger problem. Instead, as an institutional body in the world of sports, Nike itself could take a stance by publicly denouncing the mistreatment of female athletes and highlighting the specific ways in which FIFA has failed to service female teams. Nike could vow to stop contracting with FIFA as a major sponsor, or promote a vision of women as equally capable as men. It cannot be forgotten that Nike has started to complete this vision with the launch of it’s “Dream Crazier Campaign” in which it highlights the stereotypes and criticisms women have faced in the world of sports and then shifts to promoting to the empowerment of women and applauding their accomplishments.

Women’s footballers have only been allowed to compete professionally since 1971. However, while women’s football was incredibly popular throughout the early 1900s especially in the World War I period, in 1921 the Football Association banned females from playing, because “the game of football is quite unsuitable for females and ought not to be encouraged.” Then, in less than 50 years female footballers have not only developed their own professional and international leagues, but improved rapidly and fought social norms in order to play. This should be recognized as inspirational by all bodies in the domain of sports.

Equity in women’s sports will not come from changing fashion or acknowledging progress: it will come from the top of the football world. FIFA needs to acknowledge its biased and sexist attitudes and reform the policies in place that suppress female athletes.