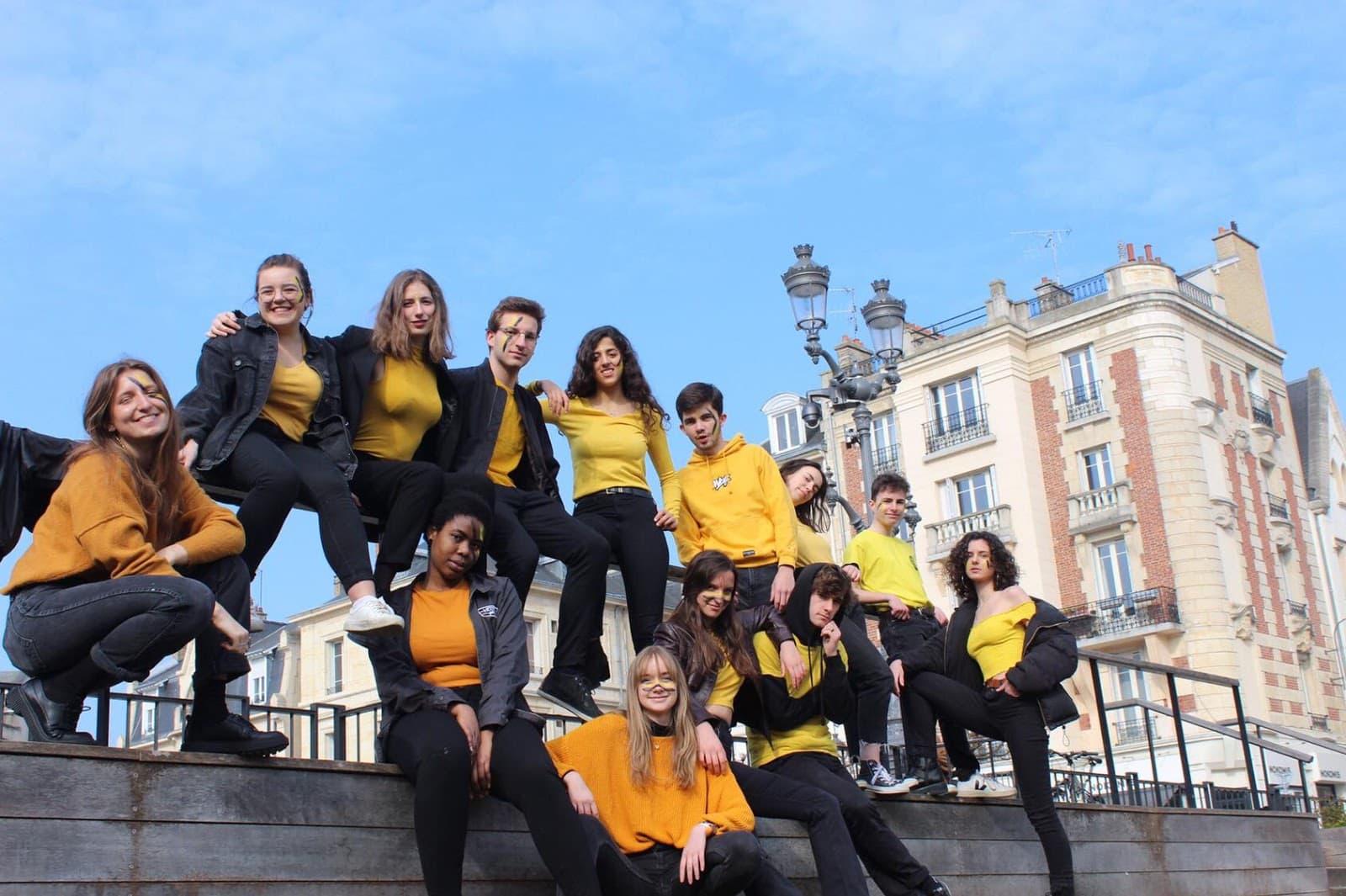 An interview with The Hive (for the SPE)

Interviewed and transcribed by Sophie Grigoriu

Cover photo by The Hive

In the two days leading up to Campaign Week, several reporters from the Sundial Press News team interviewed members of all seven campaigning lists. These interviews lasted about 45 minutes each, list members had not seen the questions beforehand and were given five minutes to discuss before answering. For the first four question they were given five minutes to respond and for the last question they were given two minutes. The journalists conducting these interviews were surveilled by a member of the Campaign Committee, and were under oath to keep all information secret until the release of the articles. Finally, these interviews were recorded and then transcribed, everything written below was said by the members of the lists.

Disclaimer: This interview was edited for clarity and concision.

Maris Welsh (MW): There’s a lot reasons why our list is running. Not only that we’re primarily made up of the babies of this association this year, but we’ve also made sure to open our list up to people that were not necessarily in SPE… and it stands for our key value, which is making sure the association is inclusive of all students, that we have a very diverse bureau and that we are really supporting student life through that diversity.

But the fact that we are mostly made up of babies means that we’re gonna have a lot of continuity between the projects that were started this year and that we’d like to continue this next year. For instance the panier bio, the bulk store that came onto campus, to make student’s events sustainable. This principle of inclusivity also speaks to a message that we really want to promote in SPE, which is that of by doing inclusive activism we are not greenwashing. We are really trying to found out a balance between recognizing that we are a student bureau, we are not a politically militant association, we really want to include everyone and make environmentalism accessible to all students. We are not trying to promote greenwashing, we don’t have to become a bureau that loses our mission of sustainability and protection. Those essentially our main principles.

One other project that we really try to focus on is opening SPE up so that the principle of inclusivity doesn’t necessarily just apply to Sciences Po. For instance, this year SPE hosted many conferences that were open to non-Sciences Po people. We are also really trying to work with the city of Reims to make the city itself more sustainable, and that are also things that are going to affect student’s life. For example, improving the bike path around the city, installing a compost which is going to be managed by the city, but right next to the campus… so [it will be] available to students. The reason why we did not put the compost inside the campus was to make sure that the compost was not just for Sciences Po students. It’s accessible but it’s part of this larger mission which is to support the city of Reims as an asset.

We’d also like to recognize that we don’t have a counter list, but that doesn’t mean that we’re not campaigning as hard as we possibly can. Because we want to prove to the student body that we’re very dedicated to them, and that, as a student bureau, we are primarily accountable to them. We are supporting their passions and the accessibility of a green lifestyle to Sciences Po students. Our list is still very dedicated to campaign and student life.

Question 2: What do you want students to know about you?

Noémie Guichard (NG): The most important message that we want to give to people, is that next year, our main goal will be to include everyone. First, by doing more general assemblies, like this year, but this time each semester. We’d also like to create a Volunteer pole, for instance a messenger group. If someone wants to be part of a project, for instance by staffing or helping to organize an event, [they] can do it. Sometimes there’s a lot of work involved, and not everyone is part of SPE. It would be a good way to be more inclusive.

Also, we are only 13 people in our list, as we kept one place for an exchange student next year…

Tom Froger (TF): We want to create this volunteer pole because we think that environment and ecological transition is not specific to a minority of people, everyone can be part of this process. This would really be a way to include all people motivated to help us and they can come to work with us. This supplementary position in the executive would be a way to include the exchange student in our student life and to make them more accountable to the events organized on campus and make them come to more of them.

Maris Welsh (MW): The thing that is also quite important to know, we understand that living an ecologically committed life can be seen as a very huge challenge and inaccessible to a lot of people… Eating organic is more expensive…etc. We want students to know that our primary purpose is to make their lives easier, and to make greener lifestyle possible. We are accountable to them, and we are here for the students, not only to promote our own mission.

Question 3: What do you guys intend to change if you succeed in the elections?

TF: Next year, we would like to change several things, but first, we would really like to continue what the previous bureau did. For instance, they are doing a party in two weeks, and next year, we would like to have one SPE party per semester. We want to push each of their actions further. What we really want to change consists in two things: the first one is to create a cafeteria, independent from the CROUS. It is a long term project so it probably won’t be achieved next year or in two years, and would probably be carried on by the following SPE bureaux.

The second project is the trips. Most bureaux organize trips, and we really thought about a trip to go to Paris to do the thrift shops, or to climb in the forests and just chill in the wild. We also want to make the bulk store go further, because the Zero Waste pole just only did it once. We really want to push it further and make it more present on campus.

We also want to improve our communication, to make students more aware of what we’re doing. In the bureau, we also want to reorganize entirely, to take less babies to be more easily recognizable, but at the same time, create a Volunteer pole to allow more participation. It is a way to make SPE look more serious but in the meantime to include everyone in our actions. To be more efficient, we also decided to reduce the number of poles to make sure that our bureau is more efficient and cohesive. Each pole would be composed of two very active persons, to make sure that next year, we will be more coordinated and thus more efficient.

Question 4: What are some events you want to highlight that your list will offer this week?