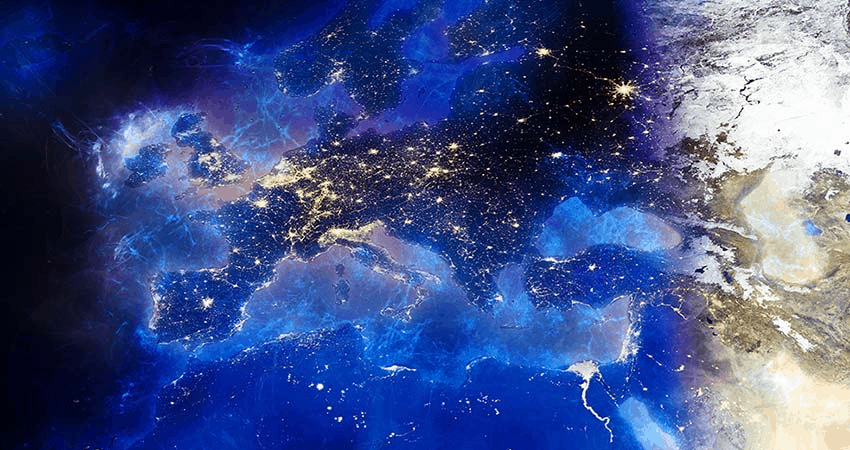 Why we need a United States of Europe

Populist, anti-EU parties currently capture most of the debate about the future of Europe. But what if that future moved towards more, not less, integration in a “United States of Europe”?

The concept of a United States of Europe has had, over the years, the peculiarity of being invoked by both extremes of the European debate. A few, like Victor Hugo and Winston Churchill, saw in it the utopian idea of a continent finally free from its internal quarrels, ready to embrace progress and prosperity. Others, from Philippe de Villiers to Nigel Farage, demonized it, branding it as a totalitarian enterprise steered from Brussels by a few greedy bureaucrats, plotting to undermine freedom and sovereignty. And yet, while the first perspective must, of course, be nuanced, a tighter European integration is not only desirable but vital for the continent.

A few clarifications are of use. A ‘’United States of Europe’’, in the view of this writer, does not simply mean ‘’more EU’’. As shall be argued, the current European institutions are inadequate and in need of a full re-elaboration. A United States of Europe means the political, economic and social integration of the European nations into a larger, sovereign state. The exact structure and workings of this, along with its scope, both geographic and in terms of powers, would require an entire book and will only be briefly discussed.

Firstly, the arguments commonly put forward against this idea should be examined. One key misconception, as said previously, is the inextricable link established between a ‘’United Europe’’ and the ‘’European Union’’. The latter, despite its semantic similarity to the former, is just one of the many ways in which the European construction could have been established. It has had many successes, from the Schengen area to the Erasmus program, but has nevertheless been the focal point on which criticisms have converged. The European Union’s defects, whether alleged or real, has been one of the principal justifications brandished against integration. The main ones identified are the problem of democratic deficit and the supposed threat to ‘’sovereignty.’’

The former argument has foundation but is not a valid objection to an integrated continent. Indeed, several issues have undermined confidence in the democratic nature of the EU. From their permeability to lobbyists, to the weak powers of the elected European Parliament and the supposed influence of unelected bureaucrats, there are several issues severely limiting the extent to which the EU can answer to the citizens of Europe. But resolving this issue does not require scrapping the European project entirely and returning to isolated nation-states. Instead, institutions must be made more democratic at the European level, or by giving more powers to officials elected directly by Europeans. A United Europe must have a strong, elected legislature and executive who are accountable to Europeans, just like their national governments are. 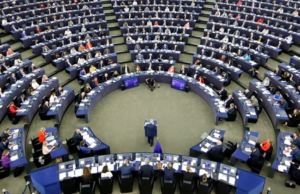 The argument that a united Europe would somehow undermine sovereignty is also often invoked. What do we mean by ‘’sovereignty’’? The notion has been debated by scholars for a century but is generally accepted to mean an entity having the full right and power over itself. In France, sovereignty – according to the constitution – lies with the people who delegate it to their representatives. A more integrated Europe, provided it is built on democratic principle, would in no way infringe upon this. Sovereignty would simply be at a European level, not at the national level.

The concept of sovereignty also entails the ability to tackle outside challenges. And the European nation states in their current form are dismally inadequate in dealing with the issues of our contemporary world. Many European countries, from the Netherlands to Slovakia, are less populous than individual Chinese cities. In 2018, with a GDP of 430 billion euros, Shanghai beat about 19 out of 28 EU member states’ economies and in 2015 the GDP of the city was comparable in size to the Netherlands. If even individual Chinese cities can beat entire European sovereign nations, how can these nations realistically compete, both economically and diplomatically, with China itself?

There are a myriad of other potential challengers besides China, from an aggressive Russia to the United States, whose tariffs imposed on Europe have clearly shown the limits of the transatlantic alliance. A more integrated Europe, both diplomatically, with a single foreign policy and a European army, would be much better equipped to successfully face these threats. 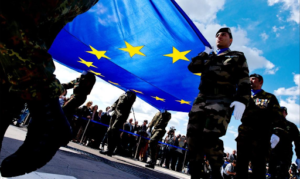 An integrated European army would benefit from significant economies of scale, and allow Europe to project force as a whole. Photo: Pierre H. N. Martin @Nouvelle-Europe.

Another issue often invoked and seen by sceptics as the insurmountable obstacle to European integration, is culture. But why should Europe’s varied languages, cultures, and history be an obstacle, rather than a treasured asset? Countless nations are also very diverse without this endangering their existence, from Switzerland to Canada to India. Even nations nowadays seen as homogenous were formerly a melting pot of peoples. Think of France and its regions ranging from Brittany to Alsace to overseas Tahiti. It will lead to some complications but by recognizing and promoting this cultural diversity, individual cultures can be preserved while evolving in parallel to a broader, continental one. And it must also be said that these supposed ‘’differences’’ are often overemphasised. There are few which could prevent the smooth operation of a European state, no more than it already disrupts the workings of the EU today.

The problem with advocating such positions is that it is easier to defend the already existing status-quo than to argue for an abstract idea which is yet to be put in practice concretely. Furthermore, it is often difficult to separate rationality from emotion in such political and polarizing debates. Nevertheless, Europe as it is currently organized is clearly not viable. It is merely a compromise, which satisfies neither position. If we want to European ideal to survive, we must demand more.