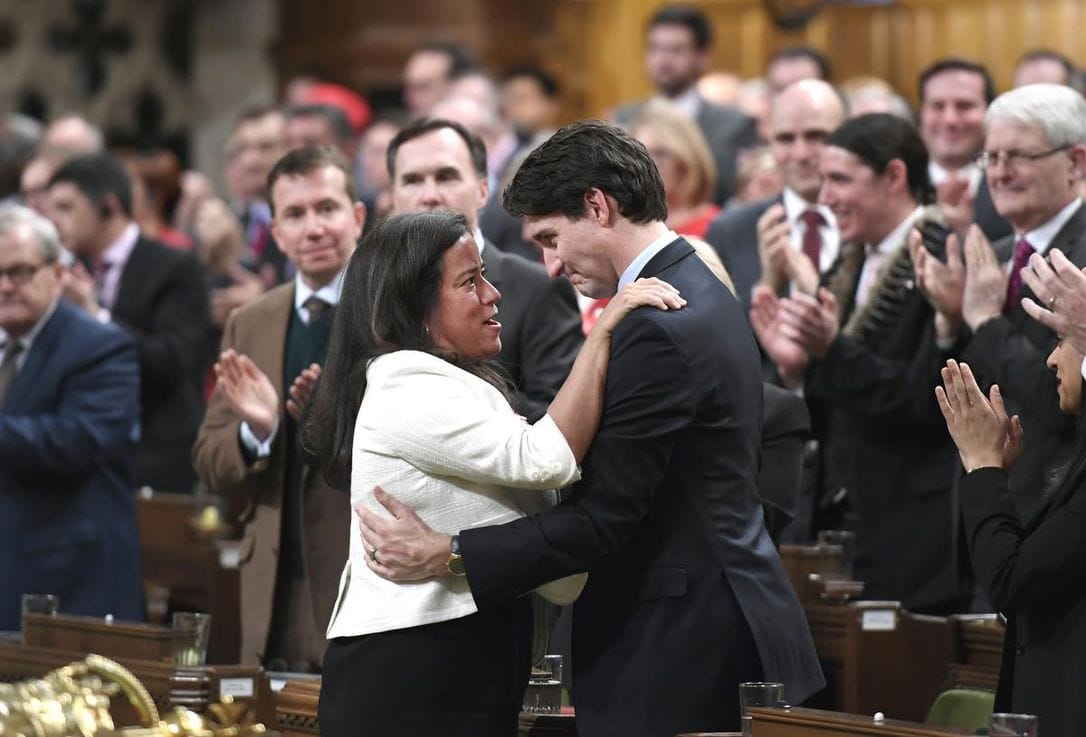 By Eugene FernandesMay 3, 2019 No Comments

On March 16th, 2016, at a dinner in New York, Canadian Prime Minister Justin Trudeau had this to say: “Now, true courage, if you ask me, is when a woman decides to throw her hat in the political arena – even after witnessing the hostile environment that so often awaits her. […] True courage is standing up and demanding better representation, better treatment, and better opportunities.”

Today, with the way Trudeau has mistreated the third female and first aboriginal Minister of Justice, Jody Wilson-Raybould through the SNC-Lavalin scandal, his hypocrisy and virtue-signalling has never been more strongly exposed. This scandal shows that for the upper echelons of the Liberal Party, feminism is far from a deeply held principle.

A few years ago, the large Quebecois construction company SNC-Lavalin bribed Muammar Gaddafi, former leader of Libya, to get a construction deal there. Since this is illegal, Canada’s public prosecutor went after SNC-Lavalin. The company, who has some “close ties” to the Liberal Party, decided to lobby Trudeau’s office to give them a deferred prosecution agreement (DPA), which would let them avoid the harsh penalties for bribery. If he did not, argued SNC-Lavalin, they just might have to move and cut 9,000 jobs in Quebec.

Trudeau’s office believed them. To get them a DPA, Trudeau had to convince the then Minister of Justice and Attorney General, Jody Wilson-Raybould, to give SNC-Lavalin the privilege of a DPA. She refused. To her, it would reek of political interference in the justice system. Not getting the answer he wanted, Trudeau’s office asked again. And again. And again. It was a “consistent and sustained effort” over the course of 4 months through calls, texts, emails, and threats at her role as Minister of Justice. She heroically would not budge. One ‘no’ should have been enough, especially after she advised Trudeau’s crew about the inappropriateness of their actions. Whatever this was, it certainly was not “better treatment”.

Early this year, Trudeau shuffled Wilson-Raybould out of her position as Minister of Justice and into Minister of Veterans Affairs. On February 7, 2019, the Globe and Mail wrote that Trudeau had tried to influence Wilson-Raybould to give SNC-Lavalin a DPA. Now, it looks pretty clear that he switched her out of Minister of Justice because of her refusal to break the rule of kaw. “Better opportunities” are only available for women who put party before principles, it seems.

Because she was a member of Cabinet, and because she was the government’s lawyer, Wilson-Raybould was not legally able to speak about what happened between Trudeau’s office and her. MPs in Parliament asked Trudeau repeatedly to let her testify in front of the Justice Committee, but he refused. Instead, Trudeau spoke for Mrs. Wilson-Raybould, whom he called by her first name “Jody”, explaining her experience with his own words. When the media questioned Trudeau about this, he said that Wilson-Raybould’s continued presence in cabinet “speaks for itself”. The next day, she resigned from Cabinet. What “better representation” could a woman have than having someone else speak for her?

Eventually, Trudeau partially waived solicitor-client privilege so she could testify for the Justice Committee. Then, just a few days ago, Wilson-Raybould shared a telephone call between herself and Michael Wernick, the Clerk of the Privy Council and Secretary to the Cabinet – the head of Canada’s (supposedly non-partisan) bureaucracy – during which he told her that Trudeau was “in a pretty firm frame of mind” and that he gets what he wants. When she told him that the conversation was making her uncomfortable because what he and Trudeau were asking from her violated the constitutional principle of prosecutorial independence and the rule of law, he suggested multiple times that she should seek legal opinion about the case from Beverley McLachlin, former Chief Justice of Canada. Another former judge and law professor said of Wernick’s comments that they were “humiliating” and “arrogant.” Not only did Trudeau’s team inappropriately impose their will onto Wilson-Raybould, but they also doubted her word on a very clear issue of whether their conversations violated the rule of law or not.

The damning tape recording released by Wilson-Raybould also extinguished any chance the Liberal government had at convincingly arguing that there was simply a difference of opinion, or that Wilson-Raybould was fired because she was “difficult” to work with, or that she and Trudeau differed on who should fill a vacancy on Canada’s Supreme Court.

It was just a few months ago that the Chinese government harshly rebuked the Canadian government for arresting Meng Wanzhou, a Huawei executive who the United States had wanted to arrest. Canada’s repeated rebuttal to China was that it was a country ruled by “the rule of law”, and as such, Hui Zhou Meng had not been arrested for political reasons. Trudeau’s actions in the LavScam affair could not make Canada look more hypocritical.

The situation is now being monitored by the OECD, and has been taken up by The Economist, the BBC, and France 24. I cannot help but feel that that there is a meaningful correlation between corruption and virtue signalling. Politicians are not popularly known for being paradigms of virtue, and so when one comes along who takes pride in it, scepticism should follow. Trudeau’s proud support of feminism turns out to only be a publicity stunt. This scandal has cost the liberals a few points in the polls. For the sake of Canada, let us hope they get a new party leader too.