Rethinking The Laïcité In France

By The Sundial PressNovember 18, 2019 No Comments 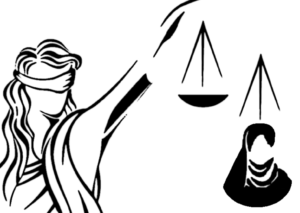 While most of us are focused on the impeachment procedure unfolding in the United States, the French political scene is also undergoing a period of extreme tension. The source of this discord has been the subject of hours of pointless debates on news channels and of hundreds of article headlines throughout the years. It has even drawn our attention to the French Senate, what most consider a true miracle. There are few matters that can ignite debates in this manner, one of them being the issue of religion and secularism in France. The most recent scandal, adding to the exhaustive list of incidents around the question of “laïcité,” unfolded earlier this month and continues to make headlines across the country.

On Friday October 11th, as a group of primary school students attended the Regional Council*, one of the students’ mother was brutally asked by an elected official, Julien Odoul, to leave the room. The reason for such a sudden interruption of a democratic procedure: the woman was wearing a hijab. Julien Odoul, spokesman for the French far right party, the Rassemblement National (RN), along with the rest of his party’s deputies, left the room after asking the woman to “take off her islamic veil in the name of the principles of laicity.”

It is widely known that the ambiguous relationship between religion and the French state has always been a source of conflict, but in recent years, debates around the display of religious symbols in the public sphere have taken a radical turn.

While the strict definition of “laïcité” only describes the separation between the state and religious institutions, in place since 1905, the term has recently taken an entire new meaning. Since 2003, governments have increasingly used this principle to push towards the implementation of laws promoting neutrality rather than the acceptance of all religions. They have promoted the strict separation between the private and public sphere, religion having to stay within your intimacy. The 2004 and 2010 laws, on the display of religious signs in schools and the prohibition of covering one’s face in the public space are examples of such shift. Yet, these laws and the recent scandal show us that we are not all equal in front of the restriction of displaying religious signs as Muslim communities are almost always at the center of debates.

Not only did this episode reflect the well-known intolerance of the extreme right, it also reflects an increasing stigmatization of Islam in French society. On the 29th of October, the Senate, which has a right wing majority (Les Républicains), adopted a law aimed at prohibiting parents accompanying children on school trips to wear any distinguishable religious symbol, including the veil.

Even though this law is unlikely to pass the National Assembly, it follows a general shift towards intolerance and extremism within the right wing party. In the current context of fear of resurgence of terrorism in France, right wing parties have decided to cultivate the suspicion for Muslim communities through such decisions. However, not only does it favor intolerance, it also feeds communitarianism by showing some citizens that they are not welcome in French institutions and more broadly, in the public sphere.

Prohibiting a mother from wearing a veil to accompany her child on a school trip will not make her abandon her beliefs and life choices but only exclude her from her child’s education. A group of children witnessing the humiliation of a parent will not encourage them to believe in the fairness of French democratic institutions, but rather make them doubt the very egalitarian principles of the Republic.

The principle of equality has come to a point where it is used to push some individuals away from public life, contradicting the very definition of equality. By wanting to make everyone identical before the law, French institutions have cultivated an idea of secularism that is intolerant towards beliefs and inherently counterproductive.

Instead of wasting time trying to solve the issue of what should or should not be allowed in the public sphere, the French government should maybe take example of the British relationship between religion and the state. In the UK, even though anti-religion discourses are rising as much as in any European country, the display of religious beliefs has always been more accepted. Lady Warsi, first female muslim member of the House of Lords, explained that: “My fear today is that a militant secularisation is taking hold of our societies…At its core and in its instinct it is deeply intolerant”.

Instead of prohibiting and putting people aside, governments should promote multiculturalism and the acceptance of others’ religion as a private decision that should not hinder one’s capacity to be an integral part of society.

* Council dealing with the management of regional budgets and matters such as running high schools, roads and local economic policies