Why do I get so mad when someone Konichiwas me?

By The Sundial PressDecember 1, 2019 No Comments

Disclaimer: The overall usage of the word ‘Asia/Asian’ was intended to refer to East Asia/Asian in this article.

Unlike many Sciences Po students, my life before coming here was quite far from being international. I have lived in the same city, in the same house for the last 19 years. I have never lived abroad nor received an education in a language other than Korean, not to mention the entirety of my friends being Korean-Korean. Being raised in such a homogenous environment, racism was never something that I had to deal with in my life; having a face like mine was nothing special, I was just like millions of other people in my city.

So, imagine my horror when, on my first day in Reims, a stranger yelled “Ni hao” at me in the street. Little did I know that this was to be the first of many catcalls targeting my slanted eyes, from “Konichiwa” to “Tu es chinoise?”. A rather unique one was “Ohayo Gozaimasu,” which is Japanese for “good morning” – even though it was past midnight at the time. As time went by, I developed a particular technique to respond to those gentlemen: to yell, swear, and shout words that I cannot possibly write here, as loudly as possible. As my responses became more and more creative, catcalling gradually became a mundane part of my new daily French life.

Along with numerous catcalls, another comment that I get pretty often is, “You don’t look/sound very Korean.” If that means dressing like a K-Pop star or a cute Asian schoolgirl, then indeed, I am far from looking stereotypically Korean. My wardrobe is full of mom jeans, blazers, and leather jackets, not to mention my messy bob haircut; I have a voice that is so low that it easily surpasses the bass range of most guys, along with my not-so-authentic American accent.

Of course, this comment is far from being a racist remark; there will be a stereotype surrounding every group of people, regardless of their race or gender. However, for the first time, this made me realize the myth of Asian women that permeates globally: a submissive, cute, innocent schoolgirl. This stereotype was what the catcallers had in mind, hoping to get some naive responses by shouting a few words of any “Asian language” that they knew, not to mention the fact that it is also based on the myth of how all Asian people look the same, no matter which part of Asia they come from. In other words, the stereotype itself was feeding the very intention of catcalling. This led me to question how the stereotype was created in the first place. Why is it that we are expected to look a certain way?

Needless to say, mainstream media plays a significant role in building up this particular stereotype, especially in romanticizing the “Asian women” as an emotional, subservient collective. The whole saga goes all the way back to Madama Butterfly, a 1904 opera by Giacomo Puccini. The opera portrays a young Japanese girl who vacantly waits for her white American husband and eventually kills herself, saddened by the fact that her husband abandoned her. This image of invented ‘China doll’ – a submissive, extremely feminine Asian woman – gave birth to modern-day Yellow Fever, known as Asian sexual fetishism and the objectification of Asian women, which made the western culture create the myth of exotic Asian women and even sexually fantasize about it. Nowadays, this stereotype affects the everyday lives of Asian people as it results in real-life consequences, not just only in catcalling. The recent Harvard affirmative action lawsuit, in which the Ivy League university was accused of intentionally discriminating against Asian-American applicants, clearly reflects the perspective of American society towards Asians: uninteresting, timid, and ‘all the same.’ 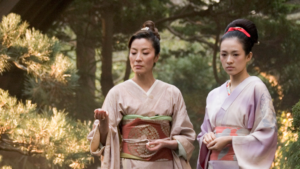 Although Madama Butterfly was released over a century ago, orientalism has yet to be banished from Western mainstream culture. Films such as Memories of Geisha (2005), a spiritual sequel to Madama Butterfly, and The Last Samurai (2003), a classic example of the ‘white savior’ complex and a submissive Asian woman,  are still maintaining their seats in the box office. Many songs and music videos portraying “Asian culture” are full of cultural appropriation and misinterpretation. Nicki Minaj’s ‘Chun-Li’ invented a hypothetical Asian culture that is nothing more than a mix of every existing Asian signifier. Avril Lavigne’s ‘Hello Kitty’ video features an excited Lavigne shouting random Japanese words and silent Asian female backup dancers in the background. When accused of being racist, Lavigne tweeted ‘RACIST??? LOLOLOL!!! I love Japanese culture and I spend half of my time in Japan.’ – a very naive and prejudiced response. This clearly shows that Western society still has a long way to go, since it exposes the current status quo of a western culture where all of these stereotypical portrayals are not even considered as racist remarks. 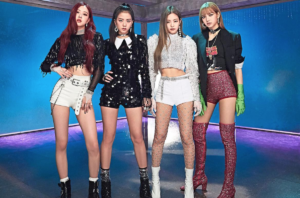 Nonetheless, this modern orientalism is not necessarily the sole product of Western culture, but also of an Asian one as well. For the past few years, I cannot help but admit that elements of my own culture – such as K-pop, which made my country more culturally famous than ever – became the primary source feeding this unhealthy cliché. Every K-pop girl band conforms to the requirements of being a K-pop star: being unhealthily skinny, wearing outfits highlighting their femininity, and maintaining their angelic public facade – the epitome of a typical Asian schoolgirl. This representation in the media also internalizes stereotypes within Asian women themselves. As someone who grew up in South Korea, a country that is known for its highest plastic surgery rate per capita, I know this more than anyone else. Dozens of my female friends got double eyelid surgery during vacations and came back to school with swollen eyes and satisfied smiles. Girls who are clearly underweight would skip lunch, saying “I should lose some weight” and then go to buy size-zero dresses in hopes of looking like K-pop stars. This was the reason why I personally resented listening to K-pop; just looking at the images of the idols made me cringe and filled me with anger and sadness at the same time.

However, one particular artist – Lim Kim – is currently reshaping the dynamics of the K-pop cliché with her new EP [Generasian]. Kim used to be one K-pop singer among hundreds, but after five years of hiatus, she has returned with a completely different persona wherein she purposely incorporates orientalism to subvert the status quo. Raised in South Korea and having studied in the U.S., Lim Kim noticed how Asian women are excluded from the recent discussion of diversity in the music industry. As a result, the whole album is a delightful proclamation to the prejudiced world as an Asian female artist. In ‘Yellow’, as the title implies its boldness, she sings, “Asian girls sing like me, they singin’ like a queen / This is Asian phenomenon, yellow female strikes back.” In ‘Sal-Ki’, which could be interpreted as either “survival” or “bloodthirst” in Korean, she proclaims: “Not a young average school girl, decolonize from weakness, overpower their system.” Both the lyrics and the music video contain the classic mess of orientalist stereotypes like the previous Western examples, with random Chinese and Japanese words thrown in with the lyrics and not-so-culturally-accurate outfits. However, they contain a completely different message: all the stereotypes are used with the intention to mock the Western conventions that standardize Asian women. Seeing this gradual change in the K-pop industry makes me hopeful for the future to come, where Asian women themselves are breaking the frame given by this patriarchal, racist society.

At the end of the day, Asia is indeed the biggest continent on the globe but generalizing roughly 2.3 billion – 1 billion if you only account for East Asian women –  Asian women into one image is impossible and must end. It is about time for both the media and the public to stop reinforcing the stereotype. Until that day, I will gladly play the role of that crazy Asian girl who screams at every prejudice she encounters.