By Ava KalinauskasDecember 2, 2019 No Comments

“We believe that the American dream is big enough for everyone – for people of all races and religions, for men and women, for immigrants, for LGBT people, and people with disabilities. For everyone… I know we have still not shattered that highest and hardest glass ceiling, but someday someone will and hopefully sooner than we might think right now.”

In the wake of Trump’s pivotal 2016 presidential victory, her concession speech was heartening in its hope that we could, and would, do better. She recognised the value of diverse voices and confidently espoused the once-radical idea that America – and beyond that, the world – could be an inclusive home for all.

However, despite endorsing this progressive movement for intersectional action, Clinton also articulated the fact that there is still a long way to go. She was cautious in acknowledging that although we exist in an age of increased awareness, empowerment, and visibility for marginalised voices, progress is not linear.

Dubbed the “one woman” with a genuine chance of smashing that glass ceiling, her story perfectly illustrates this. Clinton’s campaign loss symbolises the momentous continuation of centuries of tradition that have, not once, seen a woman hold the title of President of the United States.

Thus, Hillary Clinton carefully captured the dichotomy of our era, in which strides are surely being made but social media and contemporary political movements have also converged to create new, pressing challenges.

The question for our era then remains: when will we see truly diverse political representation? How can we achieve authentic, productive and long-lasting change in this quest to accurately portray the citizens of our world?

It is undeniable that Sciences Po attracts a unique array of young people, originating from every corner of the globe. Though a melting pot of varied discussions and opinions, many are united by the common goal to give back, promote change, and ultimately leave their mark at a global level.

The institution boasts an inspiring network of alumni that have translated this cross-cultural university experience into enduring careers in the public eye.

It is fair to infer then, that many of us aspire to do the same: allured by the potential to learn in an international environment and transfer these valuable skills and insights into bright political futures.

It is also fair to infer that many pursuing these goals may not do so from places of privilege. Sciences Po comprises 4 in 10 students who receive financial aid, over 300 students with disabilities, nearly 1,800 students admitted through the Equal Opportunity Programme since 2001 and roughly 2/3 students who identify as female.

Logically, the mass exodus of female MPs from the UK House of Commons, amidst the looming general election, must have raised alarm bells for many. Amongst the group of over 70 members currently preparing to stand down, women are clearly overrepresented.

In our already discordant political landscape, this surely forces the average Sciences Piste to question how desirable a political career truly is.

The added burdens of female visibility

It transpires that female members are prematurely retiring from the political domain: leaving at a younger age and after less time in parliament compared to their male counterparts (on average 10 years younger and after spending a decade less in parliament). Many MPs have used their retirement as an opportunity to shed light on a universal experience of abuse and intimidation that stains the political careers of women.

Among statements from the retiring British politicians, including Louise Ellman, Nicky Morgan and Amber Rudd, there is a common focus on the specific impact of social media – an increasingly hostile platform that provides a breeding ground for gendered animosity. Conservative MP Nicky Morgan referred to the vulnerabilities of “doing the job of a modern MP”– one where being subjected to torrents of online vitriol is commonplace.

Although the case focuses on the UK Parliament, this is indicative of a broader trend observed by the international campaign #NotTheCost, where social media is described as “a new arena for violence against women.” Their studies reveal that it is now the “number one place” in which psychological violence is perpetrated against women parliamentarians, notably in the form of “sexist and misogynistic remarks, humiliating images, mobbing, intimidation, and threats. 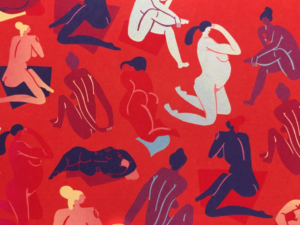 Evidently, even in 2019, parliaments remain hostile environments for women. Countless research indicates a global phenomenon in which cyber-violence against women is on the rise. As Sam Smethers, the chief executive of the Fawcett society, describes, “our toxic politics is driving good women MPs away.” However, this current of gendered abuse, exacerbated through social media, becomes increasingly distressing when racial tensions are considered.

The interplay of racial and gender dynamics is crucial, because while women face definite barriers to active political involvement, this experience is multiplied among those who are further marginalised based on their disability or gender, sexuality, racial or religious identities.

As Diane Abbott highlights: “I’m abused as a female politician and I’m abused as a black politician.” Abbott, the UK’s first black and female MP, was found to account for almost half of the total of abusive tweets sent to female MPs – a situation she describes as “debilitating”, “corrosive” and “upsetting.”

Black and Asian female MPs receive 35% more abusive tweets than their white colleagues, with Asian women enduring the most abuse, despite comprising less than 10% of female MPs in Westminster.

These trends are a nasty by-product of a divisive rhetoric spurred by the Brexit debate and the evolution of social media in our digital age. There is a growing concern about the impact of these digital spaces that thrive off anonymity and lack accountability. It is abundantly clear that they disproportionately target women, and negatively influence female MPs’ experiences in the political sphere.

Most frighteningly, many worry that such gendered abuse will deter and discourage future active female participation in politics. This threatens the very fabric of political institutions, limiting parliament’s ability to operate as a functioning, representative, democratic forum of ideas and discussion.

Smethers articulates: “I fear that we will see the number of women MPs fall after this election. We are going backwards.”

In such a flammable political climate, we cannot afford to silence or restrict already disenfranchised voices. 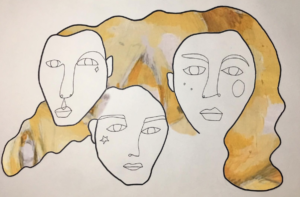 If parliament isn’t an inclusive space for marginalised groups, how can we represent everyone in an increasingly Internet-centered world? How do we attract and keep women in parliamentary roles? Can we elevate important voices without forcing individuals into unsafe situations, into structures which fail to adequately protect them?

These key questions linger, demonstrating an intersection of old and new as the structural, historic oppression of marginalised voices merges with the evolving power of our digital world. Three years forward, Hillary Clinton’s words still ring true: we have not shattered that “highest” and “hardest” glass ceiling.

In the movement for diverse representation in our parliaments, the spotlight must fall on social media. We must scrutinise the way we use social media, acknowledge its harmful impacts, and review our often-toxic relationship to this online world. However true, structural progress will only occur when there are fundamental reforms to the operation and monitoring of social media. The onus lies on social media developers, operators and owners to protect the voices of those most marginalised in society and reconfigure the anonymity factor that is so easily exploited.

Social media cannot continue to fuel a lethal discourse that renders women underappreciated, undervalued and underrepresented. Until then, it seems that we sadly continue to rely on the sacrifices of women who bravely enter the political sphere, prepared to endure gendered scrutiny, vilification, and abuse, in the pursuit of a better tomorrow for all.