We often question the necessity of superheroes in pop culture, considering that they are great symbols for the population and that they embody ideals essential to the development of society. However, if we look a little closer, the abundance of representation of heroes in cinema, comics or TV shows could also be interpreted as deep societal pessimism.

Superheroes save the world from all evil and it seems that, without them, man is unable to survive. Defeatist and inactive, man is waiting for a superior force to act, to rescue him from the bad. Today the apocalyptic stakes of early 2000s movies are more real than ever, but no superheroes will come to save us. However, despite the similarities between doomsday scenarios and reality, the population remains convinced that its actions would be insufficient to change anything. The representations of superheroes in pop culture are partially responsible for this inaction. After all, it cannot possibly be our fault, can it?

Just as Avengers: Endgame recalls, peace is fragile where one Thanos is enough for the world to turn into darkness, just as how in real life, one Hitler is enough. In cinema, humanity needs heroic figures to avoid the evil and solve large-scale issues with supernatural powers. But since superheroes do not exist in real life, these epic stories quickly remind us of how small we feel when facing the dangers of our time. Climate change, poverty, racism – such are the problems of today that fail to garner the commitment needed to solve them, despite the urgency they require. 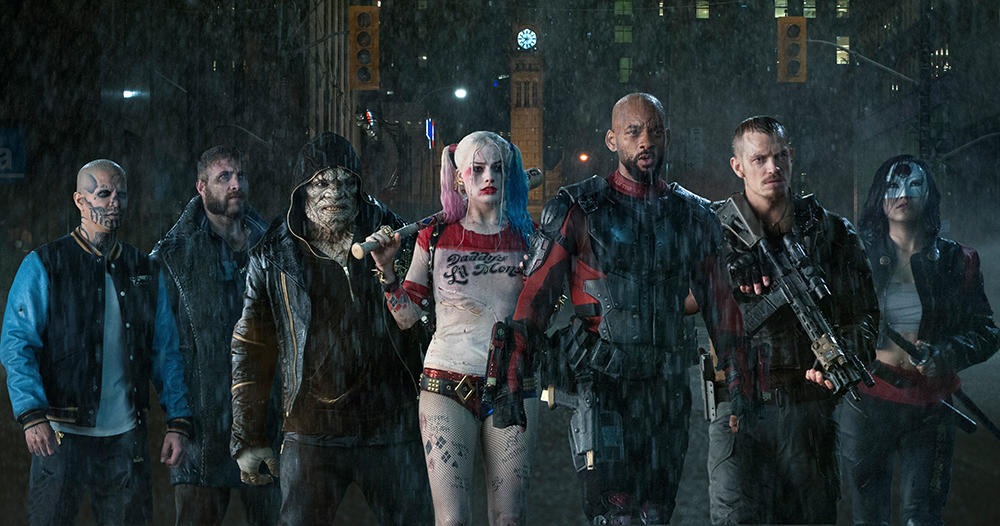 In this impasse, one wonders if superheroes are to blame for this inaction. How could we change our destiny when even the great team of Avengers failed to prevent Thanos from decimating half of the population? It’s hard to believe. In addition, since the late 1990s and the popularization of the Internet, we have found another tool to pass on obligations to our neighbor and our planet: technology. Confronted regularly with these fictitious schemes, it seems inevitable that we end up believing that we have nothing to do but wait until someone comes to help us… even if no one will.

In short, pop culture has always found a pretext to prevent humanity from worrying about its future, a pretext that diminishes the power of the individual in favour of the superhero. But is it not irrational when faced with the challenges that our century is confronted with?

Superheroes are reassuring figures for society

The superhero represents an ideal to achieve for the population and, in certain times, its existence in cinema and comics doubles as reassurance – a message that evolves with the news. For instance, Superman was invented following the September 11th attacks in the United States in response to terrorist threats, while Captain America was imagined in the midst of the Cold War to denounce American actions from the inside. As for today, the figure of the superhero is still instrumentalized since its creators are more or less biased by political pressure; the CEO of Marvel, Isaac Perlmutter is a fervent supporter of President Donald Trump.

But this comfort provided by superheroes has a price: above all, it is ephemeral and we cannot avoid the inevitable. In 2010, the Psychology Association of the United States revealed that the abundance of superheroes in children’s lifestyle modulated the behaviors of boys and girls. Desiring to be emulate their heroes at first, the boys would follow one of two models: one based on confidence, violence and radicality while the other was founded on narrow mindsets that led them to believe that they were unable to achieve a single thing. According to some scientists, literature and cinema, reinforced by male superhero figures, maintain an erroneous view of man that is virile and endowed with a toxic masculinity.

On the other hand, it cannot be denied that superheroes also transmit values ​​and convey the idea that peace is fundamental. The idea comes back in many manga in particular and captures the essence of My Hero Academia from Kōhei Horikoshi. The superheroes embody symbols of peace and bring people together. 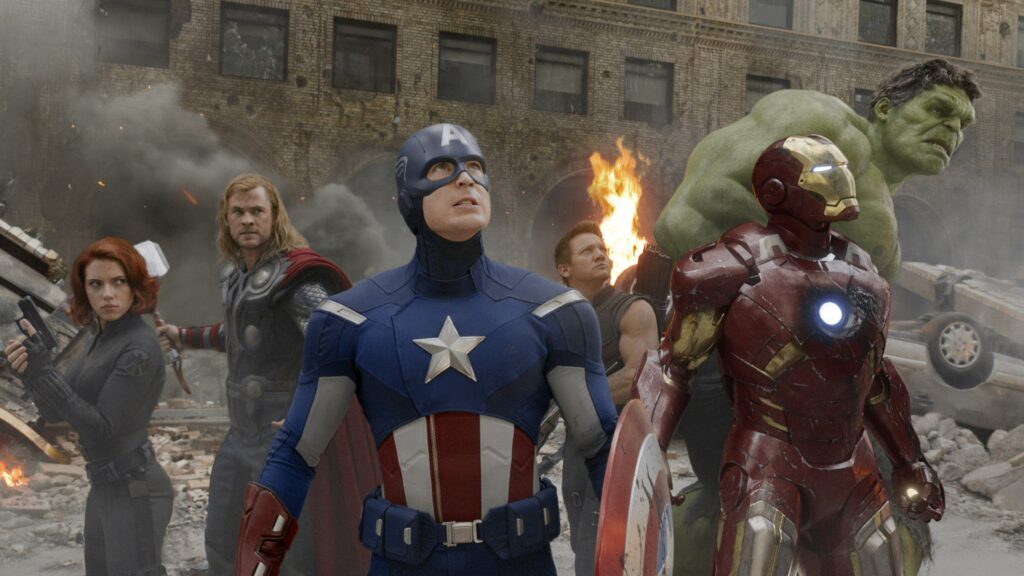 This ambition promotes progressive ideals: Iron Man opposes the offensives of the United States, Black Panther is the first superhero of African descent and figures such as Wonder Woman finally proved that women could also be heroes. Even if these emblematic figures sometimes let us believe that we are not good enough, they also seem to help us change our minds. Highly admired, superheroes, through their reflections and their dilemmas, could well participate in changing our habits and social norms.

However, the presence of superheroes in comic books is also changing our real life expectations. Little by little, the superhero is standardized, and we tend to see a hero in all those who are “above” us, be it a politician, a parent, or a singer. And as a true superhero never fails, we quickly become disappointed to see that people in real life are not perfect.

Above all, we are more likely to place all our trust in individuals who, in the end, are no more and no less than us. The very existence of the superhero is a source of hope, but it can also lead us to put some issues that concern us fundamentally in the hands of others and to rely entirely on them.

In My Hero Academia as in The Avengers or again in the Netflix series Umbrella Academy, superheroes require specific instances to become even stronger.

In the famous manga, heroes must pass very selective exams to enter Yuei, a prestigious school that will allow them to become professional superheroes. Generally, superheroes do not mix with the rest of the population. This elitist organization is justified by the fact that they have powers. 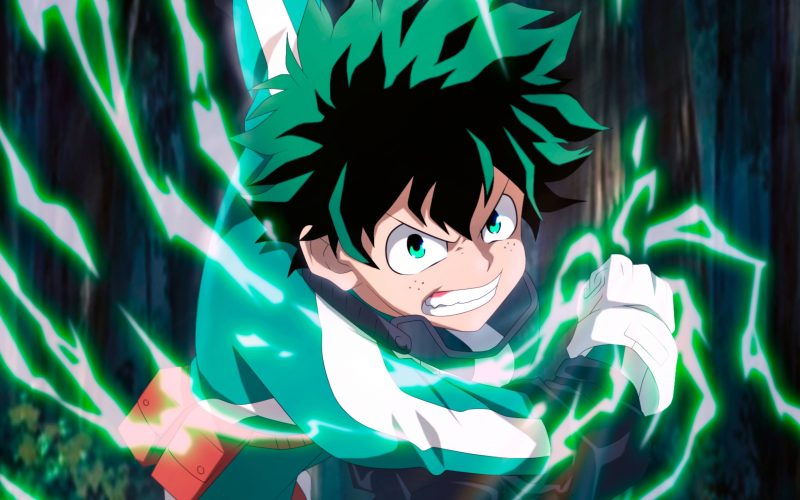 Moreover, they often withhold information from the majority of the population, hiding from them the threats that concerns their planet as a whole. This phenomenon is a criticism of the policies and executives of large companies. However, it is allowed by the heroes in costumes, who keep all the supernatural secrets for themselves, under the pretext that regular humans could not understand or react without panic.

Not powerful enough, not smart enough, not alert enough… Citizens cannot be made aware of what is happening around them because the superheroes refuse to inform them. The worlds in which they evolve are deprived of transparency. Some even act in the shadows to not be seen by humans, like the powerful Batman.

But where are the works where humans unite to save the world?

Intrigues that are resolved by collective action are rare. And frequently, they are not recent. Believing that a scenario where humanity would mobilize to change things is not popular, even though it would be necessary. The V series of the 1980s presented this pattern, in which men fought together to eliminate a threat that could drive them to extinction.

There is also a scene from Fairy Tail’s Edolas arc, where Fairy Tail mages and creatures named Exceeds fight together against their destruction. We can also think of the book by H.G Wells entitled La Guerre des Mondes and 2012, which are, despite their times, more in sync with our time than any DC or Marvel movie. 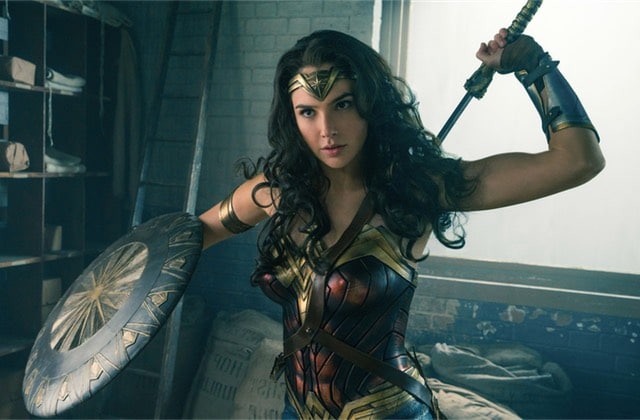 The specter of these superhero works, and in particular that of feature films, is also very limited. Regularly, the vision portrayed is Manichean and a character is only good or bad. But reality is far more complex. Would this reductive sketch not let those who have made mistakes believe that they will never be able to repent? Would it not deprive a whole section of the population from acting because it does not feel legitimate? Maybe so.

We are all superheroes

It must be remembered, however, that when the hero does not save the world, he is only a human like any other. And that we could all, on our scale, imitate him. Peter Parker, despite his spiderwebs, remains a high school student who has to learn how to balance going out with the girl he likes, his status as a superhero and finding time for his friends (at least, he does in Jon Watts’ adaptation). In Far From Home, the whole scenario is based on one of his mistakes. Spiderman is like us. He is not a superman in everyday life, and he knows the same traumas as any other: the loss of a loved one, crossing the course of adolescence. Notice how this makes it easier to identify with these figures of demi-gods ubiquitous on the screens. 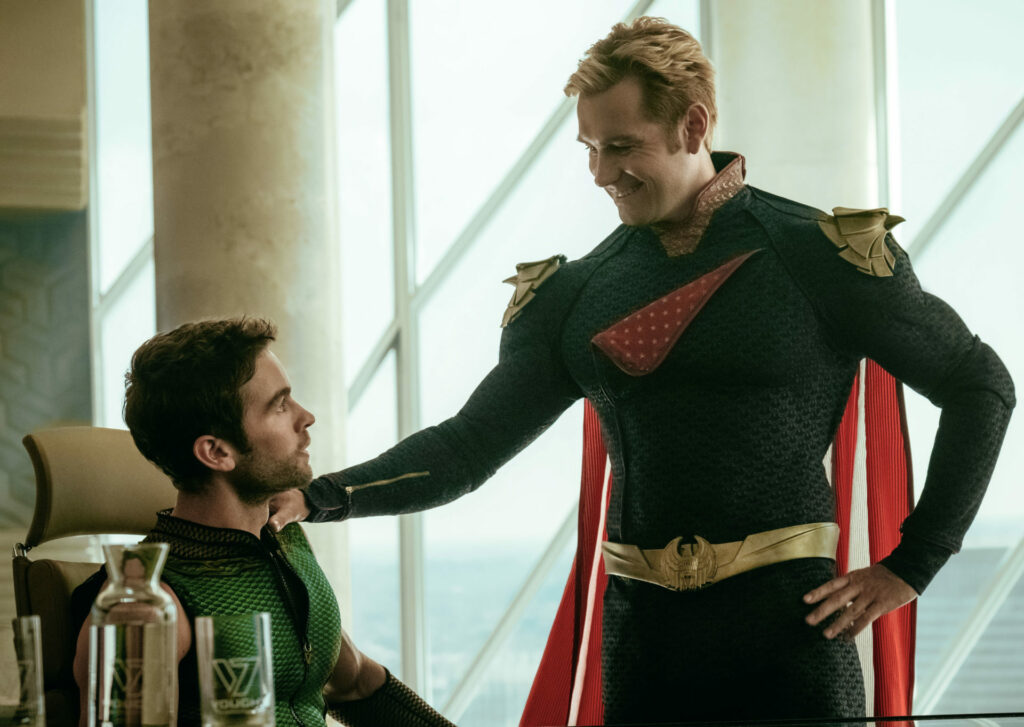 Recently, satires of the superhero figure have even emerged in pop culture. Suicide Squad for example, where the people called to save the universe are old villains, or The Boys, the TV Show available on Amazon Prime, which traces with a lot of irony the surreal daily life of a band of superheroes.