Hit enter to search or ESC to close
HomepageOpinionUncategorized

By Kevin KillerichJanuary 25, 2020 No Comments 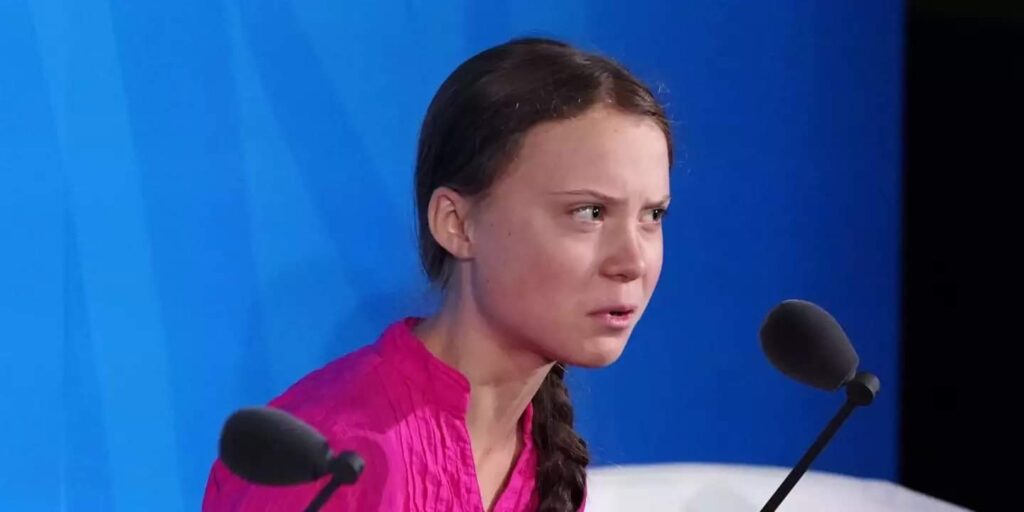 It was once said by Oscar Wilde that “crying is for plain women. Pretty women go shopping.” By such ancient logic from the 19th century, we might explain why Greta Thunberg is screaming at people much wiser than herself at the UN rather than investing in new school books for the semester to come. The eager young girl has come to represent a movement that, to the great sorrow of many, has grown in strength. If one deems such as activism, of course.

Liberals and Socialists, who seek to ruin our lives respectively through an absence of rules or through an excessive presence of them, have formed a peculiar alliance in the hope of furthering climate change alarmism. While I have the utmost respect for those who seek to take meaningful action towards preserving the beauty of our globe, the unexpected coalition finds itself in a seemingly confused position, constantly contradicting itself. You may, and reasonably so, ask yourself why that is, and I shall tell you.

In the eyes of any calm and collected person, who happens to be blessed with a favourable sentiment towards the country in which he lives and the broader civilization of which he forms but a miniscule part, the never-ceasing broadsides from the Left on the matter of saving our planet from destruction shares no compatibility with its recurring fantasy and raison d’être of tearing down any convention, any institution and any person that has ever contributed positively to our society. The examples of these are many and I shall share with you a few so that you might mentally walk with me and see the greater point on which this piece shall end.

In his book “How to Think Seriously About the Planet,” the philosopher Roger Scruton points out that humans are fundamentally ruled by something named oikophilia, which means the love of home. We are motivated to take actions that preserves the place in which we live, because it is ours. Oikophilia is handed to us by our ancestors who have cultivated it for thousands of years and is dominated by the age-old institutions that provide a foundation for us that allows us to live in liberty. On the other hand, the Left and its allies are dominated by oikophobia, the fear or dislike of the place from which one comes. This is illustrated neatly in the following way.

To a man or woman of liberal leaning – I assume we all know one or two – there seems to be nothing worse in this world than patriarchy, free enterprise and religion. We are to understand that the role of women is not to raise good children, but instead to work in industries where they are sexually harassed and fundamentally unhappy. Men are not to have the last word despite the fact that our little part of the world became the richest of all under the very leadership of men. Businessmen exist to hand over money to the Left so that votes can be bought through government programs. A meaningful existence and a basic humility before God are to make way for man-made rights that are handed out at random to various made up genders and sexualities, and are respected by no one because they have no basis in universal truth. In short, everything we know and everything that has so far made our society the best in the world is to be smashed to pieces and be replaced.

Thus, one might also find it convenient that the policies put forth by left-wing environmentalists all seem to have one thing in common: they require more state control. More taxes, more regulation. The Left is more than happy to make use of emotion to achieve it, and the desire for radical change sounds akin to revolutionary talk of previous times. The famous “How dare you” speech by Greta Thunberg at the UN illustrates this more than anything. In other words, what this means is that our current society is awful and we must radically change – read destroy – what we currently have. Not quite the words of someone with a deep found love of their home, is it?

What we can only conclude, and that little paradox which I hope to have alluded to by now, is that the Left is on two missions which, together, make no sense. On the one hand, it wishes to preserve our world through environmentalism, yet on the other it is obsessed with destroying it by taking down the elements that constitute that very world. Climate change may leave the Earth barren of any life, yet perhaps that is preferable to a liberal Earth barren of any soul and success.

The Sundial Press is committed to publishing articles representing a diversity of perspectives. As always, we welcome anyone from Sciences Po to write a dissenting response to an article in the spirit of free and open debate.