Reims In Hiding: Beyond Champagne and The Cathedral

By Emilie RappeneauMarch 29, 2020 No Comments 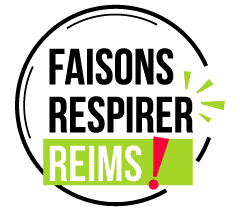 I enter the bar right on time, 6:30 sharp, and I can only hope Eric Quénard hasn’t arrived yet as I settle on a chair and order an espresso. Le Fontenoy is packed with people, several of them in wheelchairs, all merrily chatting over a beer. I’m probably the only student here and certainly the only client under thirty; as we all wait for the man of the hour to show up, I can’t help but feel out of place.

At 6:50, the back door opens and in he comes – the leader of the socialist list Faisons Respirer Reims (FRR), still damp with sweat from a whole day of campaigning under Reims’ sulky weather. I start taking notes as he introduces himself: born in Reims, he has a 17-year old son and he has been a member of the municipal council since 2014. Right off the bat, he mentions the fact that Reims is both a polluted city and one in which a quarter of the population lives below the poverty line. As questions start firing from every side of the room, I am reminded of a conversation I had a week before.

“Reims is a poor city, even if we think about the champagne, the cathedral…all [of] that is [but a] tree hiding in the forest. More generally, Reims is a poor city, and that’s why we should act here,” says Olivier Nostry, campaign director for FRR. He mentions it casually, and I can’t help but be surprised. With the exception of a few homeless people in front of Carrefour, ignored by most students, I had no idea that the city of the famous Biscuits Roses hid such a gritty reality.

Indeed, campaigns are emerging all over France for the municipal elections, which took place on the 15th with the second round scheduled for the 22nd of March, 2020. So far in Reims, nine parties have declared their candidacy, including the alt-right Rassemblement National led by Julie Philippo, the current mayor Arnaud Robinet’s right-wing Les Républicains, and the Socialist Party candidate Eric Quénard.

After the interview, as he walks me out of the campaign office on Rue Cérès, Nostry mentions that due to its partly-impoverished population, Reims should have been left-wing. Instead, the right has often won in municipal elections, earning the city a conservative reputation. Indeed, it was very Catholic from the middle of the 19th century onwards, Gaulliste under Jean Taittinger from 1959 to 1977 and under Jean Falala from 1983 to 1999. Faisons Respirer Reims intends to change that by breaking with what Eric Quénard calls “Arnaud Robinet’s mandate for the hyper-center only.”

The three pillars of FRR are ecology, democracy and solidarity, and the “méthode Quénard,” which is based on proximity and collective deliberation. The program is focused on strong keywords, which are illustrated by concrete actions undertaken by list members.

Nostry mentions the importance of leading by example during the campaign: the pamphlets, made on recyclable paper with eco-friendly ink, are printed in Reims to limit transportation. It costs more, because they are printed by stacks of 5000, rather than 20,000, but the strategy is to be consistent with campaign ideals and to waste as little paper as possible. If paper is used, it has to be useful paper. With a grin, Olivier Nostry tackles the inconsistencies in his opponents’ behavior. “If I must attack Robinet, at one point he printed an alphabet primer of the city, 30 pages on glossy paper, where he praises Reims. Each letter corresponds to a monument, an asset of the city. Even L’union titled their article ‘Robinet’s narcissistic alphabet book’.”

If FRR is so adamant about leading a green campaign, it is because, according to concerned citizens, Reims is in desperate need of an ecological transition. Isabelle Barborin Mangin, 55 years old, a communications assistant for the Physical and Social Handicap Movement and listing for FRR, casually tells me during a phone interview that Reims is one of top 10 most polluted towns in France, counting 1 tree for every 9 inhabitants, compared to 1 for every 2 in Rennes. This is matched by Eric Quénard’s statement that “Reims is a polluted city, but we don’t say it enough.”

Indeed, in a country where approximately 48 000 people die each year of health issues related to pollution, Reims’ air quality has been cited multiple times as dangerously problematic. “We don’t see what we breathe,” mentions an exasperated Rémois at Le Fontenoy. For Eric Quénard, solutions lie partly in encouraging high-functioning public transportation, which is reflected in the FRR program under the proposition of a year-long trial of free transportation for people under 25 and for all on the weekends. Other proposals, such as the development of a large, secure bike path in Reims, and the restoration of 100 to 150 green spaces in retaliation to Arnaud Robinet’s all-concrete policy, are put forward by the party.

But as indicated on the FRR’s website, “without social justice, there won’t be an ecological transition.” Thus, connections between democratic and ecological issues are highlighted and tackled by FRR’s project. Eric Quénard was the only candidate in the elections to make his inheritance, his revenue, his health assessment and his criminal record public. The only other candidate with public information is the current mayor, Arnaud Robinet, whose data is made public on the High Authority website.

“Democracy is at the heart of the campaign, and so is this duty of transparency,” comments Nostry. The simple fact that Mr. Quénard lives in Croix Rouge, one of Reims’ working class districts, reassures citizens of the candidate’s credibility and character. Isabelle Barborin Mangin explains that he lives a mere 30 meters away from her, and that during the 6 years she has seen him in action, she has noticed how well he knows these neighbourhoods that “people from the center” are so scared of.

It was apparent during my interview with Olivier Nostry that creating links between citizen associations and municipal proposals was dear to the party. He says that, “historically, Reims has always been very rich in the associative domain. It’s a true resource the town must rest upon. […] The city can create links, allow for people to meet, to work together.” He also mentioned that the number of neighborhood councils of Reims, each concerning between 20,000 and 25,000 citizens, should be increased, subsidized further, and be managed exclusively by locals, because “symbolically, it is the inhabitants’ councils.” This goes hand in hand with the FRR’s proposal to put in place a participatory budget by putting aside 5% of Reims’ investment spending to finance projects put forward by said councils. Thus, the establishment of bonds of inclusivity, innovation and mutual trust is at the crossroads between everyday issues faced by Rémois and their relationship with politics and politicians.

Finally, the FRR rests its program on claims to solidarity, on a desire to reunite a fractured city – a Reims of contradictions. During his meeting at Le Fontenoy, Eric Quénard showed a willingness to listen to the everyday problems of some of the Rémois present, such as the degrading state of hygiene in primary schools due to the delegation of their maintenance to a private cleaning company, or the dangerous potholes that go unreported in the outskirts of the city. Knowing that some citizens, such as an elderly woman living in Châtillons, a district where the average annual income is of 19,300 euros, have not stepped foot in the center in almost 5 years, is crucial in understanding the policies for which FRR advocates, such as opening all swimming pools in the summer for an entrance price of 1 euro, or increasing oversight on social housing landlords, who have been avoiding their responsibilities in terms of security and deterioration lately. To address the discrepancies between the luxurious image of Reims, and the realities of many of its citizens, the reintegration of who Arnaud Robinet has long seen as sub-citizens is necessary.

“Robinet closed the baths and showers of Reims, used by homeless people, but also by a lot of other people who found themselves destitute,” explains Olivier Nostry, while trying to demonstrate that Arnaud Robinet’s mandate was one for the golden Reims of Place d’Erlon, not for Epinettes, Orgeval or Châtillons. According to Isabelle Barborin Mangin, “Arnaud Robinet targets the poorest, and Mr. Macron has exactly the same behaviour. […] In Reims, 20,000 people live under the poverty line, and they’re not in the center, I can tell you that much. Reims isn’t a poor city, but all of its wealth is concentrated in the center.” The symbolic choice to renovate the Chemin Vert district in 2017, where many buses leading to the champagne tours pass through, is symbolic of this attitude.

Reims is in need of a party that takes into consideration all of its dimensions and constituents. If Faisons Respirer Reims has yet to prove itself, they have at least had the decency to tackle this fracture head-on.

In France, the first round of the municipal elections took place on the 15th of March 2020. In Reims, 9 parties declared their candidacy. On the 15th, Arnaud Robinet was elected as mayor once again, with 66.32% of votes. Quénard’s list placed second, with 12.32% of votes, which translates into 4 seats on the municipal council for FRR.

Due to the current COVID-19 outbreak and the resulting containment measures, only 30.92% of Rémois actually participated in the election. 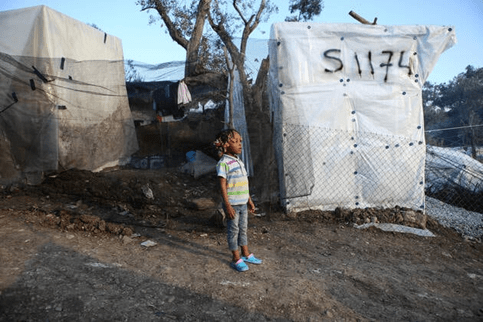 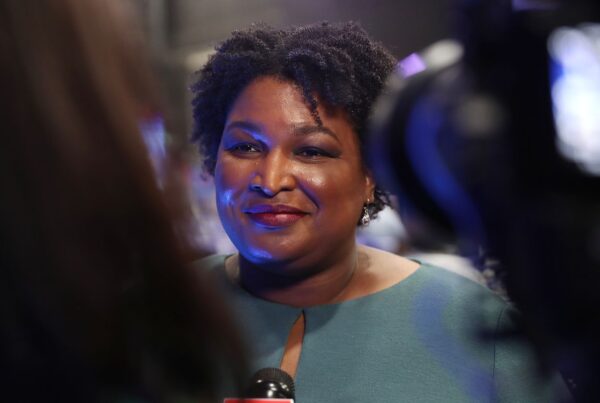 Why Biden should pick Stacey Abrams as VP