Hit enter to search or ESC to close
COVID-19HomepageNews

By The Sundial PressApril 3, 2020 No Comments 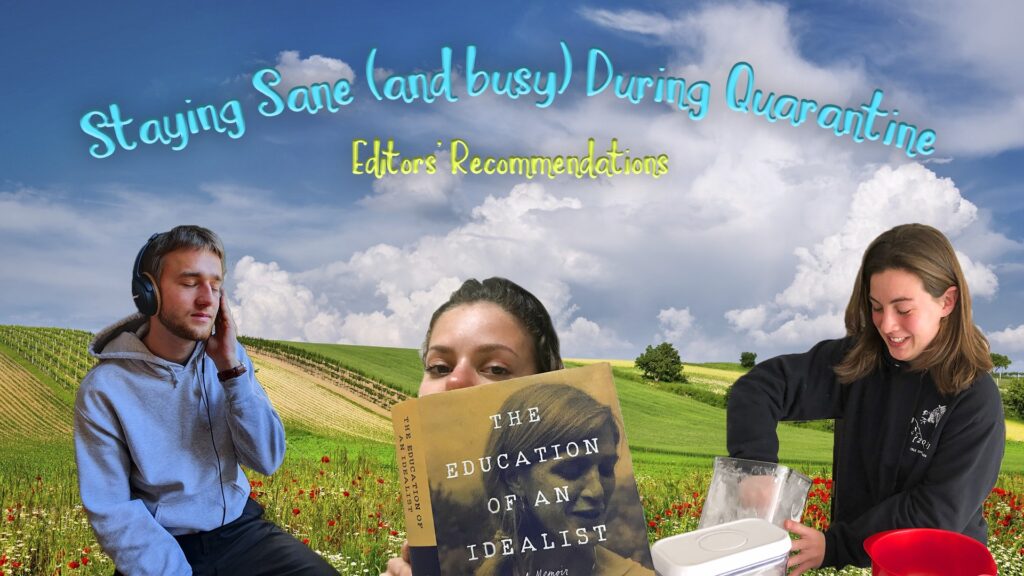 Let’s put it this way: we’re not NOT sad to have more time to read, listen to music and podcasts, and catch up on shows and movies. Everyone knows Sciences Po students have strong opinions, including the Sundial Press’ editors. And those opinions definitely apply to the aforementioned books, podcasts, songs, shows, and movies (and recipes too—because you know, food). So after considerable cutting down, here are our editors’ best recommendations to take your mind away from the worldwide pandemic we are facing or on the contrary, to plunge you deeper into light existential despair.

Music: An eclectic mix of beats and rhythms to get you through your long days at home

TV: Both are creepy but may make you feel better about our current world state in comparison: Westworld and Black Mirror

I have nothing in the way of music or movie recommendations as I have the most vanilla taste in both—not that my book recommendations are edgy—but here are some of my recent favourites and timeworn treasures: