Your Questions About Campaign Week, Answered 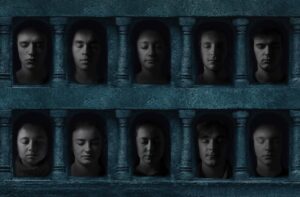 In preparation for the upcoming Campaign Week, the Sundial Press has decided to interview Anne-Charlotte Amaury, the Head of Student Life on campus as well as three members from the administration poll of the Campaign Committee. To gauge how the Campaign Committee would handle the week, transformed in its online formation, the Sundial asked a series of questions that share telling responses to how the next six days will function. Read our interview below to learn more about what to expect, how it was decided, and when to vote!

This interview has been edited for clarity and brevity.

Victor TROLET, 2A, EURAM: The four of us here are a part of the administration poll of the campaign committee (CC). Our goal is to coordinate the members of the CC and deal with the administrative part of the campaign which involves following the lists’ plans, forwarding information to the lists, responding to questions, and making sure they can contact us. As I participated in the campaign last year, I had experience or knowledge of how the CC previously functioned and I wanted to make sure that the campaign week was run smoothly and fairly for all students.

Martin BOULO, 2A, EURAM: As I too participated in the campaign last year, a lot of details in the campaign were left unaddressed and rules weren’t always enforced. I wanted to have a say and give my input so that people who would experience the campaign this year wouldn’t go through the same frustrations as I, or other list members, did. Last year there were some things that weren’t smooth about the campaign, particularly pertaining to the rules, making the campaign week unenjoyable for a lot of us. The campaign turned away from bureaus trying to prove their capabilities in being able to serve the students, and instead turned into the distribution of free food and goods. I wanted to ensure that the people who are listing this year would have a better memory of the week so I joined the CC to participate in rewriting the rules at the beginning of the year and also to help implement the rules once they were drafted. We want people to know that everyone was welcome to join the creation of the new rules committee; at the beginning of the year we were ten people who met up to rethink the purpose and the mood of the campaign, later we were integrated into the CC.

Camille ROCHEREAU, 2A, EURAF: I didn’t participate in the campaign week last year but I enjoyed it a lot as a first year student and I wanted to be more involved this year. I decided to join the first group and then we went from there.

Q: What has been the greatest challenge of transferring the campaign week from in-person to online?

Anne-Charlotte AMAURY, Head of Student Life: The first thing we had to do was decide whether or not the Campaign Week would be maintained or not. Ultimately, we had to question whether we would make a campaign over the summer, at the beginning of the next school year – there were a lot of questions. Finally we decided that a digital campaign could work for our campus. The next steps involved decisions on how to make the rules voted on in the General Assembly applicable to the digital campaign week.

In mid-March, the lists had sent us their dossiers which provided for events that would be happening on campus, with face-to-face interaction. They were then tasked to see which of their events could be transformed to fit the online platform; the biggest challenge was how to rethink which events could be reformatted and which ones would have to be done away with. Most of their events were easier to present offline than online, of course, but they wanted to make sure all of their work hadn’t been lost.

It may be naive or funny to say, but the online campaign shows another part of the list that couldn’t maybe have been implemented in a physical campaign. On the fourth day of the campaign the lists will be challenged to present a creative event/challenge. This wouldn’t have been able to happen had the campaign been physically in Reims because the lists had to come up with new concepts – it transforms the abilities of their lists.

Martin: In the online platform the lists will present events through different platforms, TikTok, Zoom, Facebook Live, and many others. To give a rundown for how the week will look:

Victor: There were a few more things that would have been implemented physically, for example SPE really wanted to push for some ecological “grade” that the lists would receive at the end of the week to incentivize lists to act in clean and sustainable ways. For example, last year we noticed a lot of food waste and plastic use, and even though the campaign week will be online there is an opportunity to see how the list could contribute on their own level to the environment.

Martin: In some ways this is a bit contradictory, because we know that an online campaign can be as polluting as a real campaign but we want the lists to be aware that the environment is not only an issue for SPE, and for them to think about their long-term environmental consciousness.

Q: Will the international students living in different time zones still be able to follow the main events of the campaign and how?

Anne Charlotte: Most events are happening from 9am Paris time until at least 1am, so in many ways the campaign week is running on a 24-hour basis to ensure international students will be able to participate in at least one event a day. The lists are well aware of this constraint and will be posting things at different times throughout the day so people are able to return to their posts and follow through Instagram, Facebook, and other platforms. This posed another challenge for the campaign week but the CC had to make a decision on how timing would play a role: we decided everything would be in Paris time so the CC would be able to monitor all of the events to ensure the rules are maintained.

Victor: Many of the lists were concerned about this and wanted to maintain their night events that they had planned, so the campaign committee decided to give additional freedom as to when the events could take place, to encourage the participation of as many students as possible.

Martin: We had to compromise between the wants of the international students and weigh what was feasible for the campaign committee to manage.

Q: Where can students look to find centralized information about the campaign week?

Anne-Charlotte: When the CC gathered to think about the new format of the campaign week the main issue was how we were going to make sure students wouldn’t be overwhelmed with tons of posts and notifications. We decided that the CC would be the only group able to post on the Sciences Po Campus of Reims 2019-2020 FB group or the Usine à Meme page. The lists are also prohibited from posting information on the big class group chats. The CC will post once a day in these various groups, linked to the theme of the day. Also I will be sending an email at the beginning and the end of the campaign week so students who do not have continuous access to Wifi will have all of the information in a centralized format.

Q: Do you think the nature of an online campaign week will change the ways in which the  newly elected bureaus will interact and engage when students return to campus?

Victor: What we feared when we decided on the digital campaign is what happened in Paris this year (who also ran a digital campaign) – they saw many lists engaging in online events that held no purpose to their campaign promises or aims as potential bureaus. There was no theme or thread in their communication, and the aim seems to have been only to win votes on popularity or to be as visible as possible. The centralization of information with the CC will aim to challenge the perception of the bureaus by students, and hold true to the actual ambitions of the campaign. The fact that a bureau will be elected will not change the mission they are endowed with: to stimulate campus life and promote student life in all aspects, sports, the arts, events, and the environment. The challenge presented on the fourth day of the campaign week will show how the bureaus will recreate those links with students.

Martin: Why we chose to concentrate so much on Campaign Promises, was so that the Bureaus are accountable to things they said and so the campus can hold these lists accountable next year.

Camille: The lists are going to try to do activities and communicate with other students, and many of the events proposed next week will involve Zoom and Live, so the students will still be able to interact and engage with the lists. The Bureaus, and associations in general, use Facebook as a way to communicate even in normal times, so this is one aspect that won’t change very much from real life at Sciences Po.

Anne-Charlotte: Speaking as the student life advisor, it’s a shame that the lists won’t be able to organize the events because when you organize events in the campaign week you learn a lot about how to throw a party, how to manage students at a party, etc. From my perspective, I know that the biggest challenge for me, and for the next bureaus, will be how to ensure that integration week will be organized and well managed – usually, the campaign week is a first test for the new bureaus and this year it won’t happen.

Q: How and when will students be voting?

Q: One event that students won’t want to miss this week?

Anne-Charlotte: The results of the voting!

Victor: The challenge day for sure – it won’t be tricky but it will be revealing of the core principles and the dynamics of each list. If they’ve found a good cohesion in their groups we’ll see it at the beginning of the proposal, and if not, we shall also see!