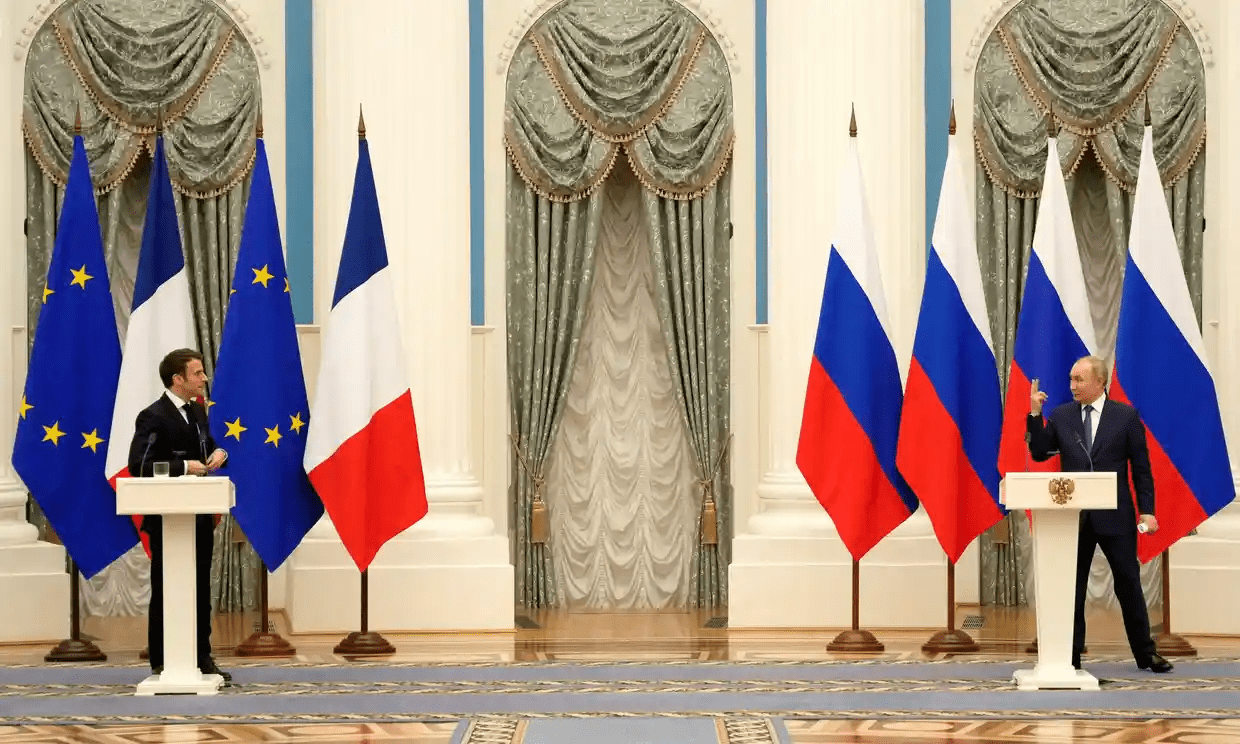 The ‘Macron Doctrine’: Success, Blunder, or Something in Between?

By Meghraj NaggeaFebruary 18, 2022 No Comments

The ‘Macron doctrine,’ to use the term coined by former Ambassador Michel Duclos, has been characterised from the outset as a frenetic and highly personalised brand of French diplomacy and a general endorsement of multilateralism. Two months away from the French presidential elections, as President Emmanuel Macron is attempting to reverse tensions on the Ukrainian border through enhanced dialogue with Kyiv and Moscow, there seems no better moment to look back at the foreign policy achievements – and setbacks – of the French president. 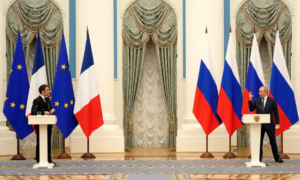 It has often been alleged by his political detractors that President Macron displayed very little ideological consistency in his policies, but this much-disparaged ‘en même temps’ pragmatism stands in stark contrast to his full-blooded support for a“more sovereign, united and democratic” European Union.

Admittedly, European cohesion was somewhat strained early in Macron’s presidency due to German and Polish uneasiness towards his ill-fated unilateral rapprochement with Russian President Vladimir Putin in the name of a sterile ‘trust-building dialogue.’ The poisonings of former Russian intelligence officer Sergei Skripal and of Russian opposition leader and activist Alexei Navalny, as well as Putin’s recent support for Belarusian autocrat Alexander Lukashenko, have marred Macron’s amorous, neo-Gaullian advances towards Russia.

Similarly, the French President’s Middle-Eastern policy encountered numerous difficulties, as evidenced by continued Russian support for Syrian dictator Bashar Al-Assad’s brutal regime, despite French backing of the Syrian opposition. Another setback came from French involvement in the civil war in post-Gaddafi Libya between the Government of National Accord in Tripoli and the Libyan National Army (LNA). French clout was seriously eroded by increased Russian and Turkish interference, especially after the 2020 defeat of Libyan LNA leader Marshal Khalifa Haftar, whom France had deemed a valuable ally in the fight against Islamist terrorist organisations Al Qaeda and Daesh.

After the recent announcement of a tripartite UAE-Saudi-French humanitarian fund for Lebanon, it remains to be seen whether France’s involvement in the crisis-stricken country will yield true political and economic reforms. Meanwhile, ongoing French involvement in fastidious international efforts to resuscitate the Iran nuclear deal (JCPOA) has yet to secure an agreement following the unilateral American withdrawal in May 2018.

In saying this, Macron’s successes should also be noted. Especially significant was the EU debt-mutualization underpinning the €750bn NextGenerationEU stimulus package. Proponents of European integration wasted no time in hailing the approval of this fund by the European Council in July 2020 as a  ‘Hamiltonian moment’ that could bring Europe one step closer to fiscal union. Such EU financial solidarity, initiated by Macron and former German Chancellor Angela Merkel, undoubtedly gratified Southern European countries who had previously called for greater solidarity from Northern member states.

Bear in mind that the Europhile President has yet to give the full measure of his European reformist élan. Assuming he wins a second term, the current French presidency of the EU could provide Macron with a crucial opportunity to make Paris the EU’s new centre of gravity and launch his ambitious designs on such matters as European defence, migration and asylum rules, and digital regulation.

Relations across the Atlantic have followed less favourable trends, however. Macron’s defence of European ‘strategic autonomy,’ usually articulated as a complement to NATO, as well as his 2019 comments on the ‘brain death of NATO’ have earned him a measure of American ire. Within the first year of the Biden administration, the announcement of the AUKUS defence deal, immediately following the cancellation of a Franco-Australian submarine contract in September 2021, revived French suspicions of an exclusive ‘Anglo-Saxon’ alliance. Paris and Washington were brought to the brink of diplomatic fallout.

France’s recent $18bn Rafale arms deal with the United Arab Emirates, a much-valued regional ally, has brought limited consolation. The ‘Submarine Affair’ certainly dealt a humiliating blow to the French Indo-Pacific strategy, diminishing its role as a key security partner in the region. The Quai d’Orsay’s policy nevertheless stays geared towards ever-stronger strategic ties with India, supporting the emerging power’s candidacy for a permanent seat at the UN Security Council.

On the African continent, in addition to terminating the controversial franc CFA in 2019 in the name of African monetary sovereignty, French foreign policy has focused on engagement with the youth and Europe’s role in African growth and development. Armed with the Stora and Duclert historical reports, Macron has sought to restore African historical artefacts to their countries of origin and mend post-colonial woes in Rwanda and – less successfully – in Algeria, amid right-wing accusations of undue historical ‘repentance.’

Yet, these attempts at modernising Franco-African relations, although essential for French geostrategic and economic interests in the region, may not necessarily erase the enduring shadow of ‘Françafrique.’ This neo-colonial notion crystallises blame against the outsized preeminence of French companies, the continued existence of French military bases in Africa, and continuous French support for African autocrats, such as the late Chadian President Idriss Déby, in pursuit of its strategic interests. Crucially, French counterterrorism operations in the Sahel region have fuelled recent tensions with Mali.

Amid rising anti-French sentiment and the growing influence of Russian mercenaries, the recent diplomatic crisis with Bamako has brought Malian accusations that French counterterrorism efforts in Operation Barkhane and Taskforce Takuba contribute to ‘a de facto partition of Mali.’ A diplomatic reset is improbable as both recent and longstanding tensions reveal the limitations of Macron’s African ambitions.

These mounting tensions in Africa coincide with renewed bellicosity in Eastern Europe. At the time of writing, Macron’s efforts to bolster France’s status as a ‘balancing power’  by brokering an agreement with the Kremlin do not seem to herald tidings of appeasement. If anything, the recent Presidential tête-à-tête was a masterfully subtle display of Putin-style intimidation.

But diplomacy is no exact science. If, against all odds, President Macron’s ‘shuttle diplomacy’ somehow achieves or contributes to de-escalation, the resulting prestige could well eclipse previous disappointments.

Emmanuel Macron is no Talleyrand; that, at least, can be ascertained retrospectively. Yet, his emphatic exertions in favour of increased European cooperation, closer Franco-Italian relations, and active diplomatic renewal in Africa have been blessed with some substantial results. One would thus be mistaken to dismiss his foreign policy track record as an unmitigated blunder.

Tepid relations with the United States, stalled progress in the Middle East, and rising anti-French sentiment in Francophone Africa nevertheless constitute a daunting array of challenges. To this list, we must add the overarching necessity for France to steer a clever course between the Scylla and Charybdis of the intensifying US-China rivalry.

In these volatile times and in the years to come, the test of creativity will be decisive for French diplomacy.