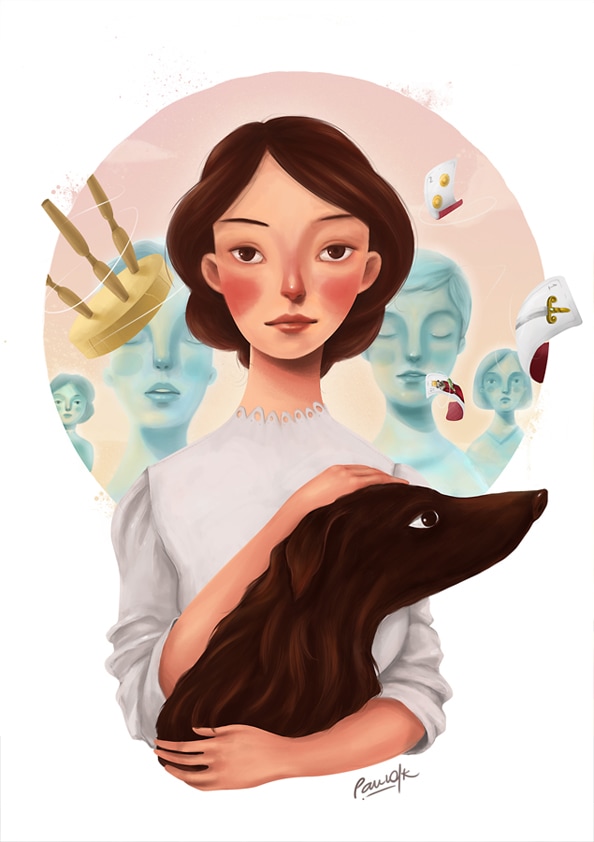 By Regina RangelFebruary 22, 2022 No Comments

“The point was not to die, since death came anyway, but to survive, which would be a miracle.” – Chapter 13

La Casa de Los Espiritus, or The House of the Spirits in the translated English version, was first published in 1982 by now world-renowned Chilean author Isabel Allende. The novel represents one of the best expressions of Magical Realism, coexisting with characteristics of political and historical novels. Magical Realism is a Latin American literary movement that originated in the 1960s and presents fantastic and supernatural elements as common and part of real life. Its purpose is to express human emotions in a realistic way and it acts as an alternative to Expressionism. These fictional elements create a realistic portrayal of the plot as it evokes the ability we have to see the wonders of life as part of reality.

Set in an unnamed country that is indicative of Allende’s home nation of Chile, the plot follows three generations of women in the Trueba family throughout the historically charged twentieth century. The author’s intricate polyphony of multiple interweaving narrators first follows Clara del Valle, the youngest child of a wealthy family. After discovering her prophetic abilities, Clara “Clairvoyant” decides to stop talking as she fears her visions and words could materialize into bad omens. Clara later marries Esteban Trueba, who becomes a wealthy landowner and an influential senator. She welcomes into their house mysterious characters who share her ability to talk to spirits, befriending these ghostly beings as well.  Their first born, Blanca takes the lead narration during a period that parallels the rise of left-wing politics in Chile, as she rebels against her father’s elitist expectations and capitalist ideals. Finally, Allende focuses on Alba, Blanca’s only child, who is an extension of her grandmother by their gracious and rebellious nature, their kindness, resilience, and liveliness. Alba suffers at the hands of the dictatorship that overthrew the democratically elected socialist president, yet thanks to the memory, lessons, and goodwill of her grandmother’s friends, she is able to endure in a gracious manner. As the novel progresses, the limelight is passed through the maternal bloodline, not only in a linear way but also representing the cyclical nature of life and the undying spirit of rebellion, hope, and love. This interwoven plot – which is constructed with flashbacks and flashforwards – is held together and gains new significance through the presence of spirits, that act as symbols and reminders of the essence of the Trueba women: light, hope, resilience, just like their names: Clara, Blanca, and Alba.

The novel is particularly noteworthy as Isabel Allende is the niece of the late President Salvador Allende who was the first democratically elected socialist president in Latin America. When asked about him, Isabel highlights that despite her father, Salvador Allende’s brother, abandoning her family when she was very young, Salvador was always present in her life and showed up as a paternal figure to her on several occasions, such as her first communion. She describes him as a man with a clever and witty sense of humor, who was unafraid to joke about himself.  The book’s political and historical elements show how Chilean society began to drift towards the political left with the election of Salvador Allende. The staunch opposition is represented in the plot by the relationship of Blanca and her father; on one hand Blanca is associated with the socialist movement and romantically involved with the main actor propelling it, on the other her father Esteban resists the new economic policies that affect the lifestyle of the wealthy Trueba family. The counterintuitive family and romantic relationships are imbued with conflict due to the political environment, yet the great challenges that comprise the climax are overcome in a positive and hopeful manner. The climax that alludes to the military brutality of Pinochet’s dictatorship that overthrew Salvador Allende, is cleverly knit from the moment the novel begins, showing that historical events are built up throughout time. The resolution reconciles father, daughter, and the innocent that have been wounded at their core, but who survive and transcend thanks to the theme of hope, which Isabel attempts to evoke in her readership and countrymen. Exploring the themes of elitism, repression, polarization, and the dictatorship itself through a point of view close to the historical chain of events is relevant to understanding the politically charged history of Chile and how it affects individuals.

Isabel Allende’s first novel is considered her masterpiece, and rightfully so. She succeeds in engaging the audience through the polyphony of her narration by shifting between omniscient and first-person narrators. The interplay of different perspectives creates a real, human, and complex plot that is creatively linked to the portrayal of the characters. Moreover, the jumps in the chronological order makes the reader eager to learn the fate of the characters. Elements of magical realism are skilfully written into the novel, first evoking curiosity and before one notices, the magical elements have swathed them. Barrabas, the disproportionately big dog, who loyally accompanies young Clara everywhere, is a clear example of how fantastical and fictional elements are portrayed in a realistic way; his enormous size mirrors how a child views a canine friend. The use of supernatural elements interestingly constructs a realistic plot, making it a masterpiece of the Magic Realism literary movement, the most important being the spirits that transcend into the spirit of hope and love that Clara and Alba carry within them. However, depicting supernatural and magical elements as part of common life might come across as confusing and misplaced to readers unaware of the literary style and its purpose. Before reading the book, I would recommend that readers know about Magic Realism in Latin American literature, as it reappropriates the narratives of Latin America after many European authors tried to describe the region without understanding it.

The novel communicates the strength of the spirit of rebellion and ideals, but also the endurance of the spirit of kindness, hope, and love. It tells the story of the author’s family, focusing on the female figures who embody these themes and face the challenge of redefining themselves and thriving in any condition they encounter. This resilience is passed down through generations, inspiring within the readers a sense of  purpose, drive, and hope that will allow them to survive and persevere throughout the bleakest of circumstances.