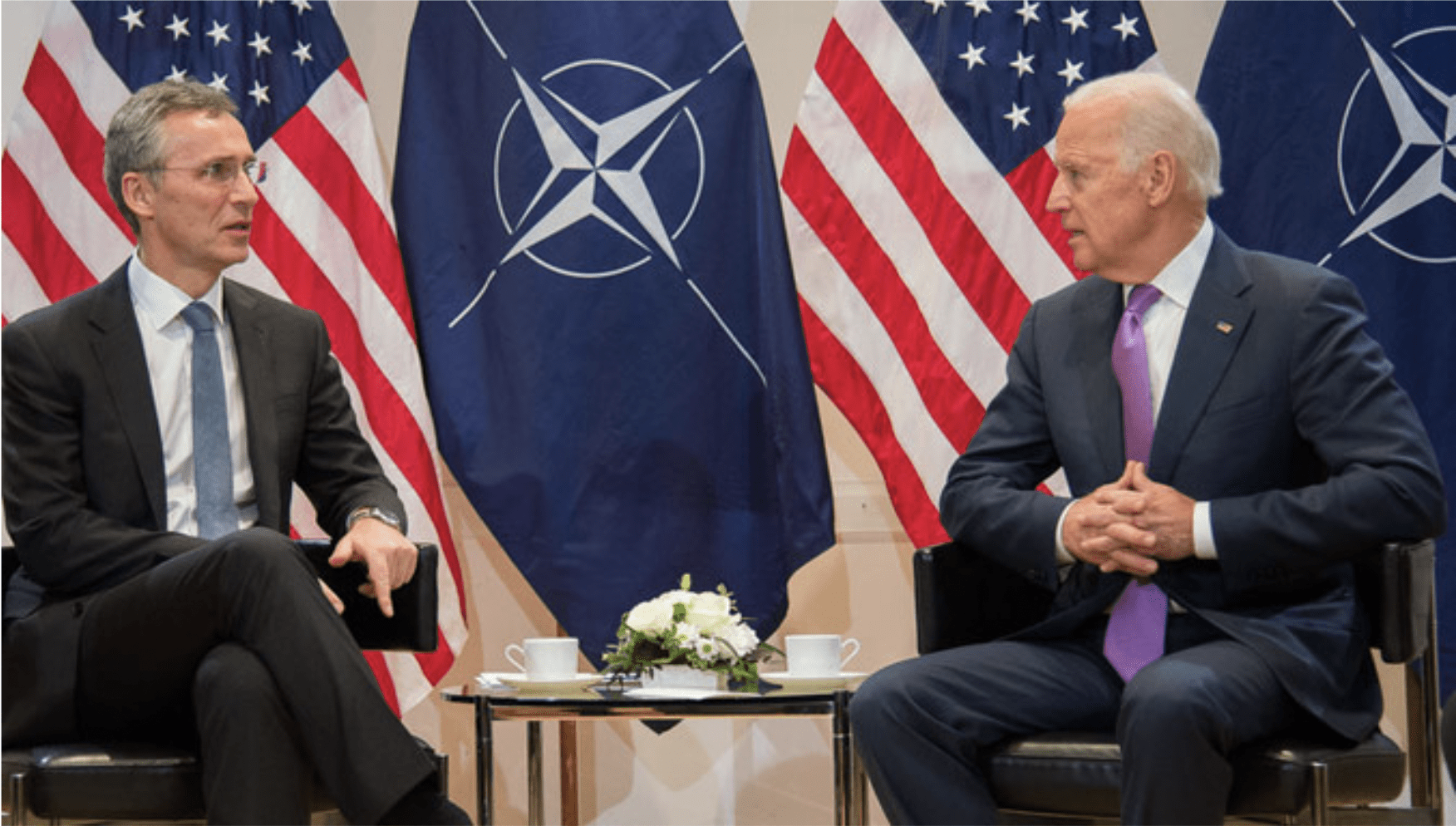 Is the West to Blame for Ukraine?

Home » Is the West to Blame for Ukraine?

At 5 AM on what seemed to be a normal Thursday morning, Russian missiles began to fall on Kyiv in the largest conventional warfare operation in Europe since World War II. Europe is left reeling in the face of a now-unstable future, while the rest of the world is glued to their phones for updates.

Most of the discussion around the conflict revolves around the volatility and unpredictability of Russian President Vladimir Putin. But is he truly irrational? And, is Russia as unprovoked as U.S. President Joe Biden claims?

Since 2002, Ukraine has flirted with the possibility of becoming an EU member, a move contrary to what former U.S. Secretary of State James Baker promised to then Soviet Prime Minister Mikhail Gorbachev in 1990: that NATO was not to expand “not one inch eastward”. This dalliance was also antithetical to Russia’s political, economic, and ideological goals.

In 2013, negotiations indicated that this relationship would be formalized through an Association Agreement deal meant to strengthen political and economic ties between Ukraine and the EU while leaving Russia out of the equation. Moscow thus proposed a multilateral economic agreement between the EU, the IMF, Ukraine, and Russia – however, this was adamantly rejected by the EU.

The opposition’s subsequent call for early elections and the formation of an interim government, which restored the 2004 Constitution and reduced the power of the executive, caused Yanukóvich to flee to Moscow. Pro-Russian Crimean separatist protests then provided Putin with a golden opportunity to obstruct the EU’s incorporation of Ukraine. The Russian president sent  ‘self-defense brigades’ to secure a buffer zone to protect Russia’s  “core strategic interest”: preventing the Westernization of former Soviet Republics, notably those geographically close to Russia.

The goal is and has always been European Security. This cannot be achieved without a buffer zone between the West and Russia due to the Kremlin’s strong Cold War sentiments and perspective on foreign policy, as argued by Dr John Mearsheimer and Former Secretary of State Henry Kissinger.

Twenty-first-century history shows that the causes for the Ukrainian conflicts, eight years ago and today, are rooted in the West’s attempts to incorporate Eastern European countries into its orbit. This has been conducted through, firstly,  the expansion of NATO, and secondly, the expansion of the EU.

The Western military and economic integration of Eastern Europe, and the analogous weakening of the Russian Federation in these areas, have been Russia’s greatest concerns. Poland’s accession to NATO and the EU in 1999 and 2004, respectively, alienated Russia and sidelined the country’s interests. As the West tried, intentionally or not, to weaken Russia by reducing its buffer zone through its integration of Poland, it incited a growing sense of enmity in the Kremlin.

This animosity was further fuelled by NATO’s  concluding statement at the 2008 Bucharest Summit, which welcomed “Ukraine’s and Georgia’s Euro Atlantic aspiration for membership in NATO.” Unsurprisingly, Putin considered this a “direct threat” to Russia.

The authoritarian Russian President used separatist movements as an excuse to invade Georgia that same year, marking the end of the post-Cold War period. He used the same strategy six years later in Crimea, and now, on February 21st, in the Donbas region, through the recognition of the People’s Republic of Luhansk (PRL) and the People’s Republic of Donetsk (PRD). 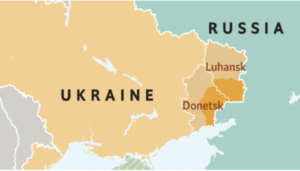 Russia recognizes the independence of Donetsk and Luhansk. (c) NewsBharati

Some political commentators argue that the recognition of the two republics was the catalyst for the sudden exacerbation of a conflict that has been developing since December 2021. Yet, it should be noted that the pro-Russian unrest in Donbas began in 2014, and that the autocrat methodically waited for the opportunity to secure a buffer zone between Russia and the EU while Washington and Brussels turned a blind eye.

Since the beginning of the century, governments and news outlets have constructed the idea that the ‘irrational’ Putin is the main cause of all Eastern European conflicts. Admittedly, it is undeniable that the Russian autocrat has an infatuation with history, choosing to launch his invasion in February 2022 to coincide with the events of February 2014 and February 1917.

Yet, this characterization of an irrational, insane leader is not entirely correct, as Putin has a methodic, Machiavellian foreign policy that is directly opposed to the West’s unrealistic, unfocused foreign policy.  This is epitomized in the West’s ignorance of Russia’s current prioritization of the Balance of Powers in the international arena, which follows the principle of checks and balances between states’ social, political, and most importantly, economic capital.

The animosity between both sides is likely to backfire for the West, as Russia will most likely refuse to cooperate with the US and the EU in their vital strategic interest zones, such as China.

THE WEST’S RESPONSE TO THE INVASION 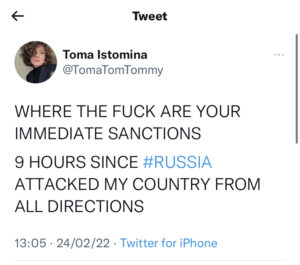 “Where the f*** are your immediate sanctions,” wrote Kyiv Independent journalist Toma Istomina nine hours after Russia officially invaded Ukraine, decrying the feebleness of the West’s exclusively economic sanctions in the face of Russian brutality.

European Commission President, Ursula von der Leyen, announced the implementation of unprecedentedly  harsh sanctions on February 24, targeting “strategic sectors of the Russian economy by blocking their access to technologies and markets that are key to Russia.” On the other side of the Atlantic, Biden has signed an executive order to “prohibit new investment, trade, and financing

by U.S. persons to, from, or in the so-called DNR and LNR regions of Ukraine.” Yet the West is reluctant to actively involve themselves in war: while U.S. troops are being repositioned around Europe with no intentions to engage, according to the Pentagon, NATO has announced that it has no plans to intervene militarily in Ukraine.

Doctor John Mearsheimer of the University of Chicago argues that the West, more specifically the U.S., portrays itself as a “benign hegemon,” a fervent advocate of democracy, stability, and rule of law that is nevertheless the first to demarcate itself from the causes of any conflict. The West will most likely prioritise this symbolic status as a benign hegemon above enacting effective change.

The West will thus in all probability cling to its insufficient diplomatic strategy of providing financial aid to fund humanitarian resources for refugees, and is unlikely to engage in armed conflict  – but what does this mean for Ukraine’s future?

WHAT CAN BE DONE?

The West, especially the U.S, has a tendency to needlessly antagonize those who do not fall within their democratic worldview in the name of freedom and liberty. Yet the historical record shows that this antagonism does more harm than good. While sanctions have made the Russian stock market crash, they do little to save the lives of those in danger. It is time for the West to devise a new strategy.

If the West does not make the effort to communicate with Russia without challenging its world vision, the conflict will continue to escalate along with the suffering of Ukrainian families.

Foreign policy has come to a crossroads. The West’s proposed arms provision could serve to only exacerbate the conflict. Instead, preventive measures should be promoted, as evidenced by Ukrainian President Volodimir Zelensky’s demand for the establishment of a no-fly zone.

If Ukraine’s demands continue to be rejected and no serious actions are taken by the West, as President Zelensky has stated, the very future of European security might be threatened by Russia’s invasion. The West needs to learn from its mistakes in previous Cold War proxy conflicts, and actually listen to the demands of the invaded country.

The West thus needs to prioritise the safety of the affected group above its own historical geopolitical rivalries to preserve European security. It needs to determine the steps to take for the safekeeping of liberal democracy in such a way that European security is not threatened.

What we can strive for is the redefining of European security in the hopefully not so distant future.