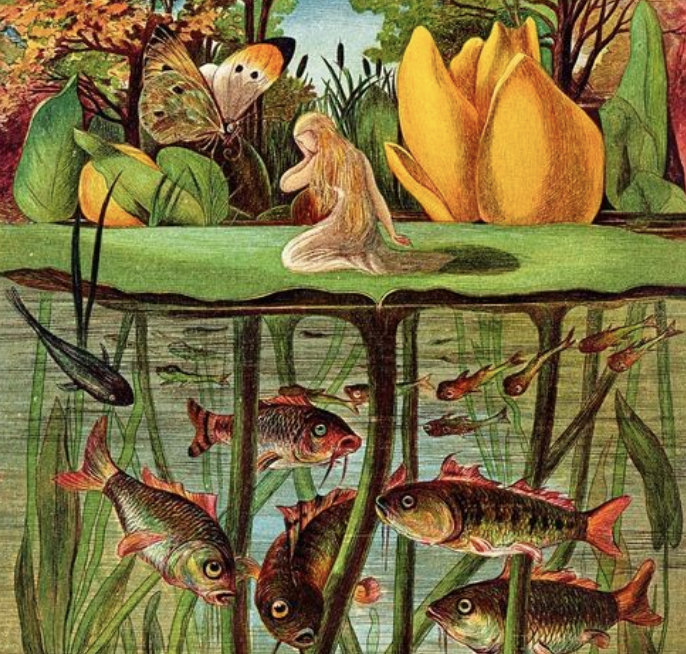 Creative WritingHomepageLetters to the editor

Shhh, my folks will hear! How censorship of folklore reflects society’s lack of confidence in itself.

Last week, I finally mustered enough willpower to clean my room. After kicking all my dirty clothes under the bed, I moved on to sorting out my bookshelf.

Somewhere buried between Things Fall Apart and a stray psychology textbook, was a tiny tattered copy of Hans Christian Anderson’s Thumbelina. I was instantly hit by a wave of nostalgia, as I recalled how 6-year-old me found Thumbelina enviously beautiful. Rereading the story, however, I was embarrassed by this recollection: the story’s central themes were far from beautiful. It goes like this—Thumbelina is kidnapped (to get married), sold by a pimp-mouse to a mean mole (to get married), and then escapes to a better place (only to… you guessed it, get married).

However, the 7-page picture book hardly focuses on the problematic tones of marital autonomy and misogyny. After further research, I learned Anderson may have based the characters on his own demons: the mole represented his chastising disapproving grammar tutor and Thumbelina alluded to his own helplessness. Book publishers have largely censored these ‘dark’ motifs, making for a fairy tale that taught children like me to shift focus from the big picture onto Thumbelina’s perfectly illustrated nose.

Thumbelina is just one example of a heavily abridged folktale that misrepresents moral values to its intended young audience. In doing so, it corrupts many essential functions folklore plays in shaping modern society. Through beastly myths, serpentine dances, and family recipes, folklore serves as a reflection of a society’s past and a manual for its future. These oral traditions whose words were somehow etched for posterity are tangible tokens of cultural belonging. Moreover, folklore often reminds us of a global heritage, wherein similar shared stories bridge diverse communities. In a world where barriers between people are continually being created, this power is promising. 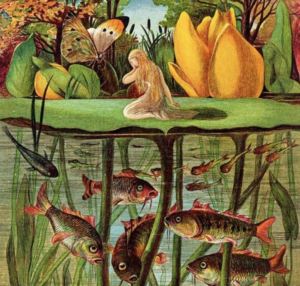 Thumbelina: a story about a tiny girl that raises some big questions.

Folklore itself is an umbrella term, including, but not limited to, urban legends, inside jokes, and indigenous toys. Thus, while it may be hard to distinguish between what is and isn’t folklore, its censorship is a lot easier to discern. In essence, it occurs when some or all aspects of a folk media is suppressed or manipulated deliberately. This can be done to maintain social norms, protect information, influence popular discourse, or a cocktail of all three. Whatever the reasons, the censorship of folklore has profound effects on the youth—the fabric and future of society. It prevents them from viewing community experiences holistically, which instils a culture of confused values. Since censorship blurs out defining details about a society’s roots, it indicates a lack of confidence in itself. Such a society that doesn’t honour its history could never value its future. 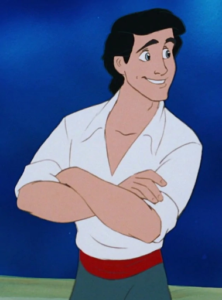 In 1968, Christian families in Tennessee banned The Wizard of Oz for portraying witches “too positively”. After all, the book was undoing all the hard work the Mediaeval Ages and Sleeping Beauty put into branding these warty green villains. However, the ban had an implicit opportunity cost—by cementing an entire (albeit fictional) community’s characteristics, it muted any possibility for perspective. It instilled a binary narrative about witches that would inevitably populate future interpretations too. This nullified one of folklore’s biggest advantages of being able to evade objectivity: in its hyper-imaginary world, how can there even be an ‘ideal’? More importantly, why should there be?

The word ‘folklore’ itself was coined in 1846 by Willian Thoms. Unlike the present meaning, ‘folk’ then referred to the peasantry, which consisted of everyone but the nobility. “Everyone but” automatically implies heterogeneity. But heterogeneity is not socially desirable for figures of authority (like the Church or governments). A citizenry that  thinks and behaves similarly is much more governable. To control the collective mind of the people, authoritarians first construct their ideal citizen. This is then enforced by censoring or (mis)representing certain values, customs, and shared experiences manifested in folklore. Consequently, the vetting of folklore results in groupthink, a phenomenon wherein exists an overarching assumption of community consistency. Here, belonging to a group leaves no room for questioning social traditions and self-aware conviction is sacrificed for self-suppressed conformity. Diversity is feared, and voila, scary cults are born. Young people, who are still discovering their identities, are particularly vulnerable to groupthink. Those who don’t relate to their culture’s fabled protagonists are left instantly alienated.

Relatability to folklore ensures its immortality, but this doesn’t just lie in its characters. A memorable tale seamlessly stitches together fantasy and reality. Along with trolls and pixies, most legends have a realistically applicable moral. This helps uphold one of the most obvious purposes of recording the past: suggesting means of conduct for posterity. Thus, when elements of folklore are omitted, future learning is inadvertently compromised. For example, in the uncensored version of The Little Mermaid, the mermaid dies after failing to secure the Prince’s heart, despite saving his life and sacrificing her voice for him. While the Disney version is a lot prettier, the original’s lessons on unrequited love are far more applicable to today’s Tinder-swipers. Additionally, even if rather gruesome, censoring the original’s basic message entirely curtails the opportunity to learn from negative outcomes. In doing so, it fosters a culture that only idolises success stories and abhors error-making.

This results in a society that lacks the resilience to tackle failure and crumbles at the slightest deviance from ‘normalcy’. If our children, arguably the most shaped by folklore, only view abridged versions of villains, how will they prepare for the unedited world? (*cue Mad At Disney*)

We measure an infant’s growth with a predetermined sequence of milestones: crawl, walk, talk. This stems from the human tendency to associate progress with chronology. Any evidence of devolution, whether socially or technologically, is shirked because time must only make things better. Maybe it’s our insatiable ego, but this leads to the belief that humanity is its most self-actualised version right now; the past must perfectly explain the present. Unfortunately, folklore doesn’t fit very neatly into this linear timeline and this is what begets its manipulation. 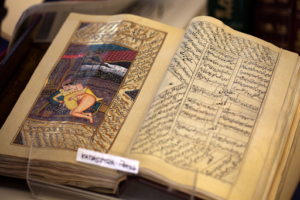 Madhavi Menon, acclaimed academic in Queer Theory, exemplifies this jaggedness of social progress in her book Infinite Variety: A History of Desire in India. She discusses how the Kamasutra, an Indian treatise on sexuality and eroticism dating back to 400 BCE, talks about ‘the third nature’— people who defy the binaries of man and woman. And this ‘modernism’ isn’t just restricted to the Kamasutra. In fact, unabridged ancient Indian lore is laden with sexual fluidity: the widely-revered epic Mahabharata ‘modernly’ depicts trans characters, polyamorous couples, and inter-caste relationships . Despite this, to maintain the customary perfection in our history textbooks, we edit out such examples that prove humanity has devolved to backward thinking. Instead, we antagonise our history to make our current failings seem more justifiable.

It follows, thus, that when the youth participates in contemporary socio-cultural revolutions like the Pride Movement, it does so with the false belief in a void of any historically progressive perspectives. This creates a paradox of a society that is simultaneously vain and insecure. Because our censored stories tell us the past was so deplorable, we assume the present is, at the very least, approaching perfection. Here, the collective will of the youth to improve the status quo ebbs and the confidence in being able to construct institutions that can improve society weakens. What’s left? The youth’s trademark cynicism and post-apocalyptic movies like 2012.

This isn’t to say we should proliferate objectively age-inappropriate content in the name of authenticity. Letting an 8-year-old read Fifty Shades of Grey is far from wise. However, censorship is different from applying a social filter. Most folk stories can still teach valuable lessons when their mature themes are dealt with sensitivity. Instead of completely erasing their rich perspectives, these stories can adjust themselves to also fit on the family dinner table. When the past is censored, however, it becomes a puppet of the present. Fantasy begins to brainwash and legend gets entangled with malintent.

“What is written in ink can fade away by a single drop of water; what is written on the heart will last an eternity.” Censored folklore corrodes that power. It turns our society into something like an under-researched essay, where one can feign confidence about things they don’t understand and still manage to pass. But that also makes us the student who perpetually counts backwards, dreading the day his murky academic foundations will fail. To truly empower our future, we need honesty in our roots—not a socially appropriate “good try” but that one teacher who sees through the moreover’s and subsequently’s we put in just to sound smart.

A Thumbelina who is as unfiltered as she is unapologetic.