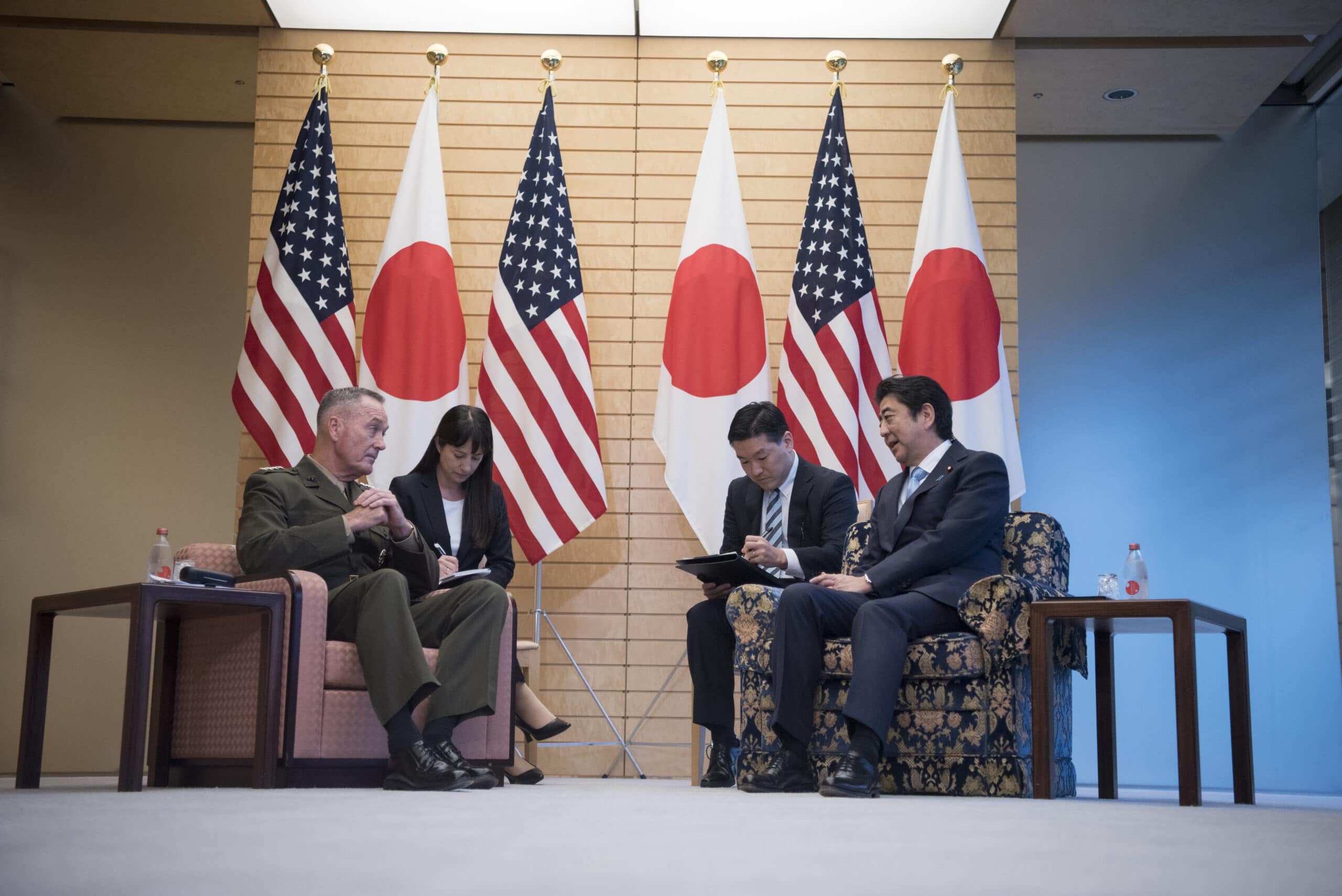 Has The Sun Set on Japan’s Pacifism?

While war rages on in Ukraine, the Japanese government quietly watches the West, witnessing a brutal rebirth of “great power politics” in Europe. This return exacerbates competition between great powers trying to expand their spheres of influence to ensure their security against other rival powers. Broadly speaking, great power politics can be defined as a competition between nations for the accumulation of power in the form of resources or territory to ensure their long-term security. The situation in Ukraine may seem like a secondary concern for Tokyo. Still, the invasion by Russia comes at a time when the nation has been meditating for years on its longstanding pacifist stance. Amidst the threat posed by the People’s Liberation Navy in the South China Sea and its incursions in Taiwan’s naval space, Japan looks to the West with worry. Beijing keeps sending aircrafts at an alarming rate in Taiwan’s air defence identification zone, asserts its territorial claims over the Senkaku/Diaoyu Islands, and increasingly uses aggressive rhetoric against its neighbors. Although much less militarily powerful than the People’s Republic of China, North Korea repeatedly sends missiles over the Japanese archipelago as a reminder of its presence. These threats happen much to the dismay of the Japanese Cabinet and National Diet (Japan’s parliament), whose nervousness is palpable with the unprecedented military spending it approved in the past decade.

Japan is directly concerned by the actions of Russia, as the two nations have had complicated border tensions regarding sovereignty over the Kuril Islands (south of the Kamchatka peninsula on the Russian Pacific Coast). Japan and the Soviet Union have also never formally signed a peace treaty for World War Two due to these border disputes, and Russia has formally withdrawn from the ongoing talks as a reaction to Japanese sanctions following the invasion of Ukraine. As was foreseeable, the threats of China and Russia, with their massive military apparatus, do little to keep  Japanese leaders comfortable with the current state of national defense that relies on US protection.

Officially, under article Article IX of the 1947 Constitution, Japan has no armed forces – a law which has enshrined pacifism and the renunciation of the right to declare war at the core of the nation’s post-war order.
In practice, the Japanese Self-Defence Forces are one of the mightiest military forces on Earth, and Japan has consistently been amongst the ten highest military spenders for several years.

More recently, the former Prime Minister, Abe Shinzo has broken a political convention, an implicit rule of Japanese politics, and pronounced words that would be politically very costly for any political officeholder. Indeed, his suggestion would be to host the United States’ nuclear warheads on Japanese territory in a similar fashion as the Netherlands, Germany, or Italy.
Japan has always stood by the principles that it will not produce nuclear weapons, maintain a nuclear arsenal, or allow nuclear warheads on its territory. The fact that a former Prime Minister evoked the possibility of hosting nuclear warheads as something that should be seriously considered says a lot about Japan’s situation. This fact is even more significant given that Abe Shinzo, the longest-serving Prime Minister in Japan’s history, is one of the most influential political figures in Japan’s post-war history.

Kishida Fumio, the current Prime Minister, has rejected the calls of Abe for opening a debate on the question in the Diet. However, it is unclear whether the Prime Minister, head of the moderate Kochikai faction within the ruling Liberal-Democratic Party  (LDP), will be able to prevent a debate from happening inside the party. Abe’s influence is still very significant, and the more hawkish factions of the LDP could pressure the Prime Minister. An unprecedented remilitarisation of Japan marks the former Prime Minister’s legacy, with defence budgets increasing during the entirety of his term from 2012 to 2021 and reaching over 50 billion dollars.

In parallel, the increasing influence of the nationalist Nippon Kaigi, a powerful interest group in Japan with which many LDP members are affiliated, has led to a more vocal revisionist rhetoric that tends to downplay the damage of Japanese militarism historically.

Nevertheless, the concerns of many in Japan regarding the nation’s defense at a time when the reliability of the US as an ally has been questioned can be seen as legitimate.

One could also see this move by Abe as a way of pressuring Kishida into bolstering the military capabilities of the Self-Defence Forces. Indeed, the Kochikai faction led by Prime Minister Kishida has a reputation of being traditionally more dovish on foreign policy than the rest of the Liberal-Democratic Party, which might be a source of worry for Abe and the party’s hawks. Mentioning nuclear weapons could be a subtle move on Abe’s part to encourage Kishida to uphold the defence policy of the past decade. This can be interpreted as a signal sent by Abe to remind everyone in the party, including Kishida, of his influence and relevance in Japanese politics. As of now, there has been no sign that Kishida would discourage the ongoing defence strengthening efforts, but his foreign policy positions will likely have to move given the current East Asian geopolitical context.

Prime Minister Kishida has so far overruled his predecessor’s proposition. The issue holds a very strong symbolic importance for Japan’s current leader, who happens to represent the 1st district of Hiroshima in the House of Representatives. Kishida is very unlikely to move from his position; however, it is still unclear whether he will be able to remain Prime Minister as long as Abe or experience a similar fate as his direct predecessor, Suga.
Kishida’s premiership has several high stakes for the ruling party. It will not only be an indicator of whether the LDP can provide a stable government allowing it to maintain its hegemony over Japanese politics but also whether or not Kishida’s faction in the party will reinforce its position and lead the way in foreign policy. The Liberal-Democratic Party has a long history of high turnover among Prime Ministers, a reflection of the frequent shifts in power between its factions. Abe Shinzo was an exception to that, a proof of how influential he is. This premiership will determine whether the course set by Abe will be followed in foreign policy – in essence, whether the sun has set on Japan’s pacifism or not.

“CJCS meets with Japan Prime Minister Shinzo Abe” by Chairman of the Joint Chiefs of Staff is marked with CC BY 2.0.