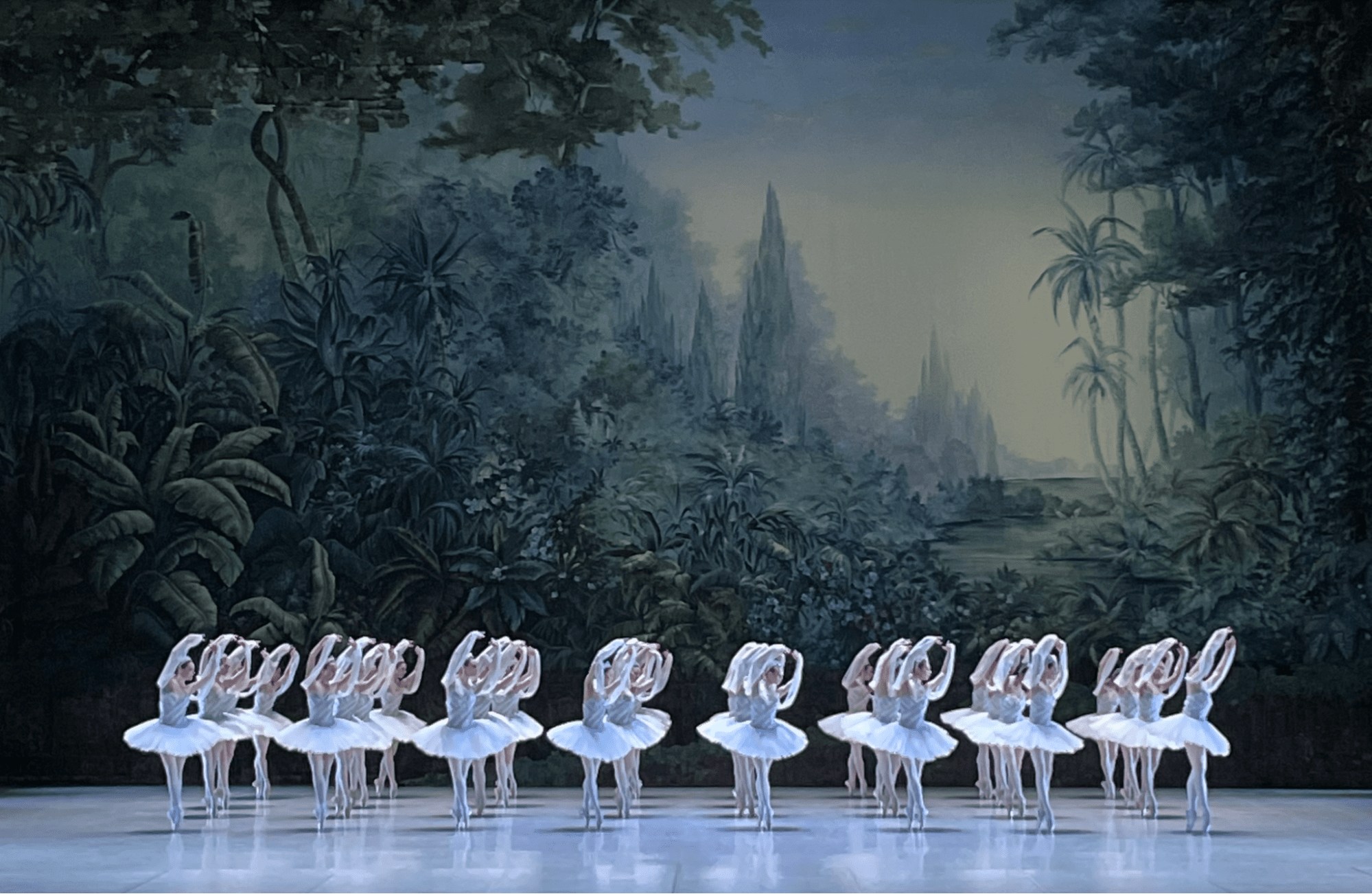 By Luz Guerrero CarrilloMay 12, 2022 No Comments

On Saturday, April 2nd, I had the privilege of attending the avant-premiere jeune of the Paris Opera Ballet’s La Bayadère. If one dared look away from the stage for a split second, one would find the audience in a state of collective hypnosis, or as Edmund Burke put it, experiencing the delight of sublimity. The sense of wonder climaxed during the Third Act when thirty-two of the corps de ballet dancers appeared on stage: as if amorphous, veiled figures levitated to perform the “Kingdom of Shades,” a piece that represents the male’s protagonist opium-induced visions of Nirvana, where his deceased lover is assumed to have gone. As one of the most iconic pieces of classical ballet, it is not only an embodiment of the physical and technical commitment ballet demands but has become synonymous with Rudolf Nureyev’s tenure as chief choreographer of Paris Opera Ballet (POB) from 1983 to 1989.

I was only 15 and beginning to study classical ballet when I discovered a video of the “Kingdom of Shades” on Youtube. It profoundly changed my perception of both the discipline and the art. I remember feeling struck by the fact that choreographing the POB’s version of La Bayadère was Nureyev’s last work, not only because he was arguably one of the most prominent dancers of the 20th century but because the specific situation itself was tragically ironic. Similar to my reaction upon first listening to Mozart’s Requiem, I was moved by the idea that a dying artist’s last masterpiece represented some dimension of life after death and often wondered what Nureyev was thinking when he saw his last work premiered. Like so many around me during the avant-premiere, I was inspired by a deep sense of witnessing something transcendent.

Because art transcends time and space to communicate realities about the human condition, it is important also to question the narrative that transcends with it. The ballet originally premiered in 1877, when Orientalism was already a well-established axis of Russian classical music, opera, painting, and literature and was embraced by the Western European countries. One need not look beyond paintings such as “Le Grand Piscine de Brousse ” (1885) by Jean Léon Gérôme or music pieces like Alexander Borodin’s “Polovtsian Dances” (1887) for confirmation. Up until very recently, the ballet was performed with certain cast members masquerading in blackface and brownface, a practice that still remained part of the Bolshoi Theater’s production as of 2019.  While the blackface element has disappeared from most other companies, there is something to be said about the story itself and what it represents: an exoticization of India excused as part of one of the many artistic movements of the 19th century—another orientalist ballet. However, there is no such thing as a “just Orientalist” ballet. Orientalism implies conflating othered cultures into one, as an indistinguishable mass of stereotypes made to amuse the Western gaze. Hegemonic cultural representation is a form of domination.

In the opening scenes of the first act, the city of Angkor in Cambodia seems to have inspired the set design of the POB’s production . As dancers emerged from the lush temple, the high Brahmin and his entourage wore what I can only describe as headpieces resembling the King of Thailand’s great crown of victory. During the second act, the audience was transported to the royal palace, which seemed to embrace motifs of Indo-Islamic architecture from the Mughal period, after which the shades of Nirvana danced to a lucid jungle background in the final act. It was unarguably beautiful, but India is not Cambodia, nor Thailand. While the ballet was never aimed at being a politically correct, culturally sensitive interpretation of a tale that takes place in India, it pays homage to what Europeans thought of the region, rather than the region itself. It is an exotic dream, and exoticization has deep ramifications in the ideational exchange between the East and West. 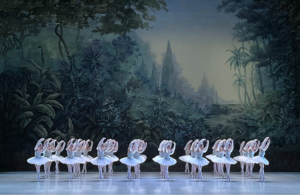 This, I believe, was at the center of Paris Opera Ballet director Alexander Neef’s report last year detailing initiatives to combat not only racist caricatures in its repertoire, but also diversify the company and its school school. After Neef’s announcement and press conference in early February 2021, former presidential candidate for le Front National, Marine Le Pen, tweeted about it, calling it “pseudo-progressive” and sparking public outcry against so-called Americanized self-censorship (France 24). Nonetheless, I believe the conversation around “La Bayadère” and other similar ballets—notably Scheherazade and Le Corsaire—provides the public with an opportunity to understand how artistic narratives affect cultural interpretations and dynamics. While it is not a question of canceling it altogether, the ballet cannot be excused as a product of its time. Companies must do better not only to increase diversity, but also include non-Western perspectives to their creative interpretations to create a more sensible, but overall more human and respectful approach to an art that has historically been monopolized by a distinctly Western, white, and exclusive circle.