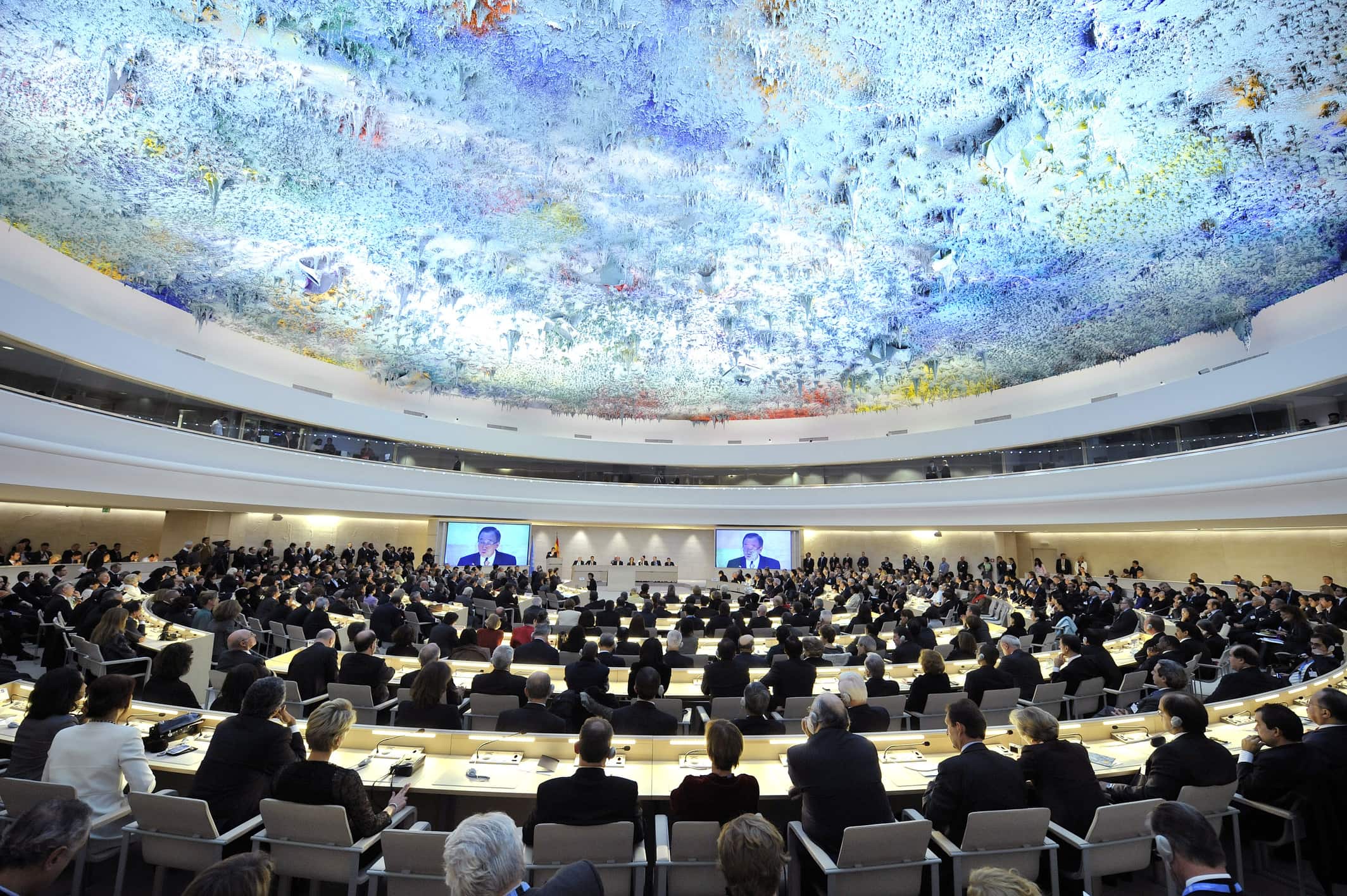 By Mira ChawlaNovember 8, 2022 No Comments

Home » The UN’s Silence on Genocide

On 6 October, the United Nations Human Rights Council decided to not hold a forum for debate on the human rights abuses committed against the Uyghur Muslim ethnic group in the Xinjiang region of China. While a debate would have been quite a frail form of humanitarian action, it would have served to declare the situation as worthy of international attention. The conference would also have been crucial in establishing a coherent label and procedure for such a crisis. The 19-17 vote in favor of stifling conversation about the Xinjiang crisis effectively erases one of the most pressing cases of humanitarian atrocities from the UN agenda.

Reports of the human rights abuses in Xinjiang first surfaced in 2018, when the UN exposed the existence of detention centers that hold upwards of one million Uyghur Muslims and other ethnic minorities. Leaked government documents, reports by human rights groups, and Uyghur testimonies soon followed suit, detailing conditions of mass incarcerations, forced sterilization and abortion, displacement, forced labor, torture, and a slew of other conditions that certainly constitute ethnic cleansing, if not genocide.

Following her 2018 visit to Xinjiang, former UN High Commissioner of Human Rights Michelle Bachelet released a report in which she identifies the existence of “serious human rights violations” and “crimes against humanity.” The US and UK have even used the word genocide in their condemnation of Beijing. China, however, fiercely maintains that the centers in Xinjiang are merely sites of reeducation and deradicalization, part of China’s governmental campaign against religious extremism—though this “anti-extremism” has long veered in the direction of blatant Islamophobia. But in the face of mounting evidence, China’s farcical denials ring hollow.

There is zero ambiguity as to whether or not a humanitarian crisis is occurring. Given that the UN itself and Bachelet have explicitly identified the crisis as one, members of the Human Rights Council may no longer feign ignorance. The 47 member states have, if nothing else, an indispensable moral obligation to the Uyghurs. Given that the UN Human Rights Council expressly exists to address human rights issues, its rejection of a motion to acknowledge the significance of the crisis is disconcerting and preposterous. The council’s complacency here leaves a sinister stain on its credibility as a guardian of human rights.

However, none of this comes as a shock. Similar sequences of events have played out tragically in recent decades, notably during the 1994 Rwandan genocide, a notorious case of humanitarian failure. The international community was not oblivious to the scale of violence, yet states offered little more than passive claims of shock that never crept into the realm of initiative, followed by retroactive lip service. France’s position on the UNSC made it a crucial actor in initiating humanitarian intervention, but as a main supplier of firearms to Rwanda, it was economically invested in the continued propagation of violence. France was thus disincentivized by its own interest to declare  genocide and intervene. While France was, of course, not directly engaged in the conflict, its resistance to intervention bears considerable similarities to actors’ nonaction today.

Today’s anti-debate consensus is part of a much broader pattern of the international community’s constant dismissal of the severity of the Uyghur crisis, or more specifically, its inclination to grant China an absurd amount of leniency. While some states have lightly chastised Beijing or made isolated claims of genocide, the overall international response has been far from commensurate with the gravity of the crisis.

German Foreign Minister Heiko Maas meekly stated in 2019 that “we cannot tolerate reeducation camps,” echoing the absurd terminology used by Chinese foreign ministers. Similarly, despite evidence that points rather glaringly to genocide, states have tiptoed around the “g-word” and its obligation under international law to interfere. They maintain more of an affinity for gentler, less accusatory, and less accurate terms such as “human rights abuses” that do no justice to the actual scale of the barbarity but do not legally demand anything of the UN and its member states. By using such rhetoric, actors can glean moral satisfaction without agitating or censuring China in any substantive way.

This is because China exists in a state of diplomatic immunity—it is permitted to grossly violate human rights insofar as it remains an economic hegemon. Due to China’s crucial economic ties, the 19 states that voted against the debate and the 11 that abstained did so lest they fall from China’s good graces at the expense of their economies.

Mexico, for example, abstained from the vote due to intense lobbying by Beijing. Indonesia, a state with an 88% Muslim population, voted against the debate, likely because China is Indonesia’s largest export destination, so fractured relations between the two countries would be to the detriment of Indonesia’s developing economy. So long as doing so is in their economic interest, international states and governments are willing to forego morality and render genocide negligible. This dynamic catastrophically undermines the core mission of the UN, as millions of human lives are at stake.

The UN was founded in the aftermath of World War II as a forum for international cooperation that protects peace, security, and human rights, without being strangled by power struggles and partisan politics. Nonetheless, the UN has devolved into an inefficient organization whose goals have become obscured by state egoism and self-interest.

The UN is structurally designed to elevate the interests of a select few states: the five permanent members of the Security Council UNSC, each of which has the pivotal veto power. As the interests and activities of the Human Rights Council are ultimately subordinate to those of the UNSC and its members, the UN is practically incapable of holding perpetrators of genocide accountable when they are on the UNSC themselves. China is one such state.

China’s veto power would supersede any conclusion the UN’s human rights branches may have reached on crimes against humanity in Xinjiang. In addition to its economic leverage, China’s excess power that it is afforded in the inner workings of the UN allows it to act outside of the bounds of international laws and norms, free of repercussions besides a bit of scolding from the US.

However disconcerting the Human Rights Council’s decision may be, the opportunity for intervention still exists, and it strengthens exponentially with the unearthing of new information that sheds light on the heinousness of the crisis. The international community can and should begin by holding China concretely accountable through sanctions or international courts.

International human rights law and the Human Rights Council were instituted as manifestations of the post-Holocaust “never again” ethos, yet humanitarian atrocities have continued to occur time and time again. After decades of international hand-wringing over repeated failure to prevent genocide, the UN must not continue to neglect its responsibility in the face of glaring need. When it comes to genocide, there is no moral gray area. Bystandership is tantamount to complacency and guilt.