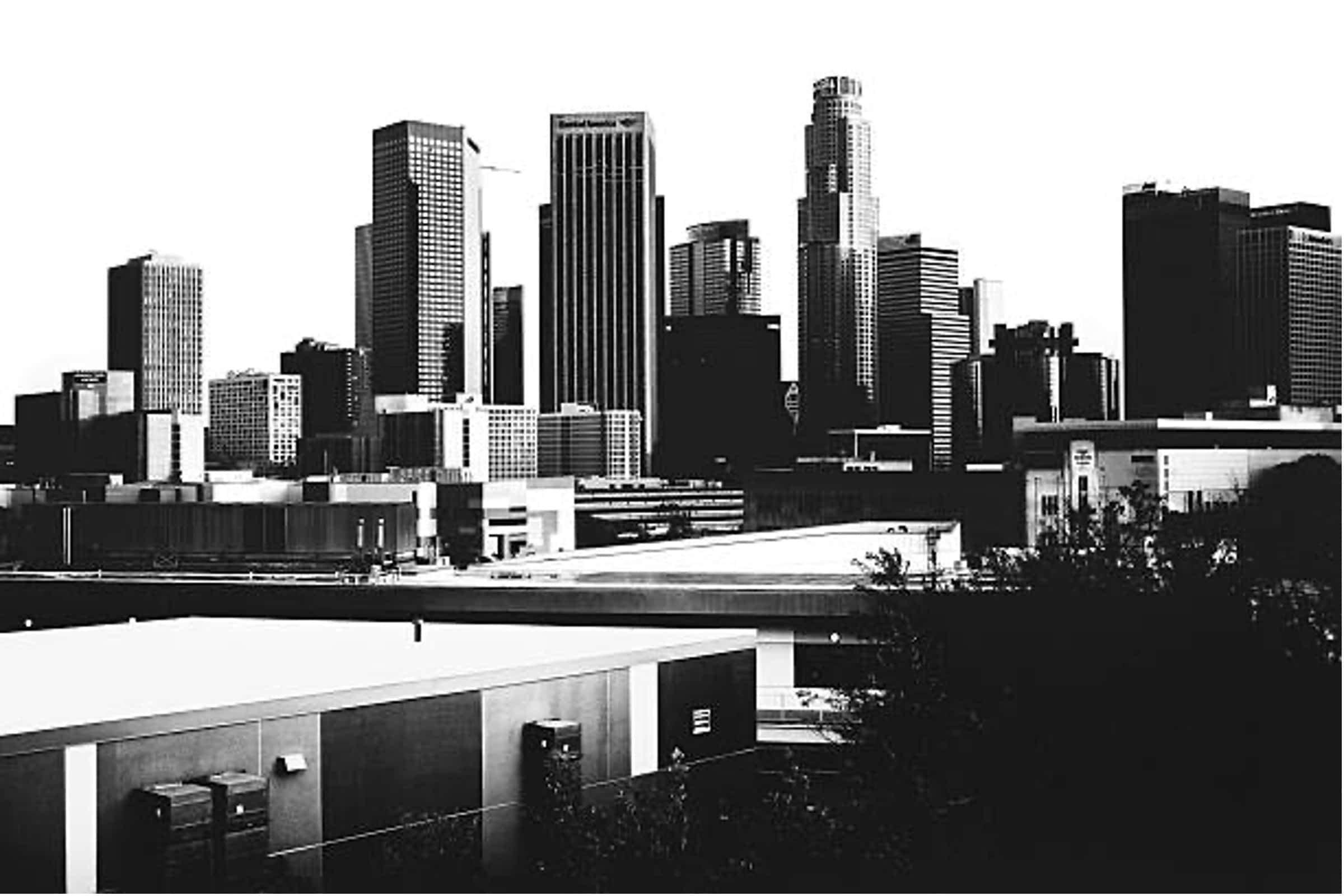 By Keana Rose HilarioNovember 24, 2022 No Comments

Home » Only a Ghost

The December morning sky in LA was dissolved by the US Bank Tower. When I step out of the grimy warehouse in the evening, finished with work, nothing looks different except for the  sharp white sun now eclipsed by stratus gray skies.

I want to close my eyes and simply lie down on the sidewalk. At work, I either count polymers, inspect the possible damage a product can inflict, or carry boxes back and forth. The goggles that wrapped around my eyes left red lines and the hard hat has pasted all my hair to my temple. I raise my arms and stretch, an uneasiness settling within my gut. Home is far away.

“Bye!” a coworker shouts, his shadowy figure disappearing in a dash. Despite working for almost two years, I don’t really know anyone’s name here. They all look the same, hunched over, fiddling with their hands as if some teacher punished them for speaking out of turn in class. There’s never time to talk about ourselves, only products. Even then, those conversations don’t take up much time. Usually “where can we find this?” or “what was the report on this?” All I know is that they’re like me – people who left home for a job in America.

I head down 6th Street, making sure not to walk on the sidewalk littered with big blue tents. A few people are sitting, some talking among themselves while others stare. The starers – as I’ve called them – have red-lined eyes that look like they’ve been forcefully sticked by a god, as if to say “these eyes are for suffering.” I don’t look at them. The gaunt lines that crease their foreheads remind me of the river slits back home. Their hands sometimes stretch towards me as I pass, trembling. One man approaches me, his eyes heavy, his feet dragging.

“You got something for me?” he mumbles, an acrid odor coming from his mouth. I shake my head. “Please.”

I continue to shake my head.

I give in. Our calloused hands meet, creating a bit of friction when I pass him a dollar. The few bills and coins I have in my pocket are usually for the snacks I buy and the bus I take. The rest of my money is just for taxes, groceries, rent, and the remittances for my wife and son. I can’t afford to spend more than that, lest I hope to be one of the few people on 6th Street. The man smirks with his meager dollar.

When I came to Los Angeles, I naively expected racing Lamborghinis, street-lined palm trees obscuring a nicely baked sun, and being asked to be part of every Hollywood film. Hell, I’d even be friends with my favorite celebrities like Tom Hanks. Sure, filming happens in the streets, but it’s more of a bother than a dream.

Instead, I’m faced with what happens back home: not everyone’s rich, the drudgery of work, and the littered gray streets that encompass my vision. I promised to stay here for my family. I couldn’t handle my neighbors knocking on my door every third Tuesday, demanding for money that was always lacking.

I inspect my wedding ring, the stark gold contrasting my tan skin. The words I whispered as I held her close in our first dance as official wife and husband come back to me, “Don’t ever worry. I got you.” I want my son to finish university and I want my wife to never worry about the roof over her head. How could I do that as an underpaid factory worker who couldn’t pay back the neighbor for the groceries I bought with his money? I’d rather be an underpaid factory worker in America than an adequately paid engineer back home. The American dollar is worth more.

My wife worked for a richer family as a maid. The children adored her and the family was generous. I knew so because of the neverending optimism she had and her ability to see the good in everyone and everything. They always told me of her patience with two demanding toddlers who were barely told “no”. Despite their kindness, the salary was not enough to pay for our house, my son’s education, and the groceries. They offered to pay more and support our son’s education, but I convinced her to decline. “I’m your husband, remember?” I had told her. “Put your trust in me please. I promised you that I’ll provide for you, because it’s in my vows. I can earn more, trust me.” Even if they were to give her more money, it wouldn’t be hard-earned money from my own hands. It was the worth of my own labor.

Even if she decided to stay back home, I still envision waking up with my wife in the morning on a cotton queen bed. Once we eat breakfast, I kiss her on her way to work and then I walk our son to the elementary school nearby. He narrates the adventures he has with his new school friends. Instead I wake up on my side, alone, on a rock hard mattress. The pile of dishes on the sink mock me everyday as they reflect the sunlight streaming from my window. I’m reminded I’d give anything to hold my wife’s hand and kiss her knuckles gently again.

My son, on the other hand, has been thriving at private school. He’s only eight, but his best subject is science. I know he’ll be a doctor and I make it a point to tell him that when I FaceTime them.

“Of course dad. You’re my idol! I’d do anything you’d asked me. But can you come home?” his eyes when he pleads look like my wife’s the first time I told her I’d come to America.

It hurt the first time, but the phrase, “I’m here for you. We’ll meet again when we’re rich!” used to soothe him. Lately, his temple has been furrowing in response, replying dejectedly, “Okay.”His pleas are becoming more convincing. Living in America feels like a farce. As I pass through the restaurants of the Arts District, I see young adults wearing sunglasses drinking sangria, cackling with each other while sitting at a newly polished, renovated restaurant that contrasts the graffitied abandoned brick buildings covered by the big blue tents. The tables are filled with more plates than the people sitting around it.

One blonde girl with a vape in her hand says to another blondie, “Did you hear about Mark? He’s such a douchebag! He left his wife for some petite Asian in his office. She probably knows how to keep it up, because he can get her to do anything.”

Another shaggy-haired, bearded guy with round-rimmed glasses sniffs and says, “God. I can’t get any auditions. The last one was a few weeks ago. Hollywood’s all for ‘diversity’ when you know those tokens can’t act. They won’t take me for them. They’re stupid for that. At least I went to Tisch.”

My neck stiffens and I ball my fists. I’m losing patience for strangers who probably won’t take a moment to walk through where I’ve been. Even with all the rainbow billboards and catchy liberal slogans in LA, some Americans couldn’t fathom sitting next to me, a wrinkled dark-skinned man with a scruffy beard. I feel so alone, unable to tell anyone here the strange unspoken barriers between me and everyone. No one else seems to be an alien like me.

Tired of their conversations, I cross the street, missing the bus stop. How are the buildings much nicer here? They’re covered in “thought-provoking” murals created by avant-garde artists living nearby. Apparently, these artists are sponsored by their parents and choose to live in areas their childhood-selves would never dream of. Do they ever approach the big blue tents? Probably not.

My hands are buried in my pockets. I realize I am walking towards the new viaduct bridge, its alternating concrete arches leaning outwards as if it couldn’t stand its drivers. The car and bridge lights illuminate the gray grimy look of concrete. I stand at the edge, looking over the gardens which don’t look green, but rather a bit bluish under the changing dusky sky. I look to the Los Angeles skyline and a primal scream erupts. My voice is a trembling bass that could topple a building’s foundation. I hope the small people in the skyscrapers can hear me.

Yet, I know I am only a ghost in this city.