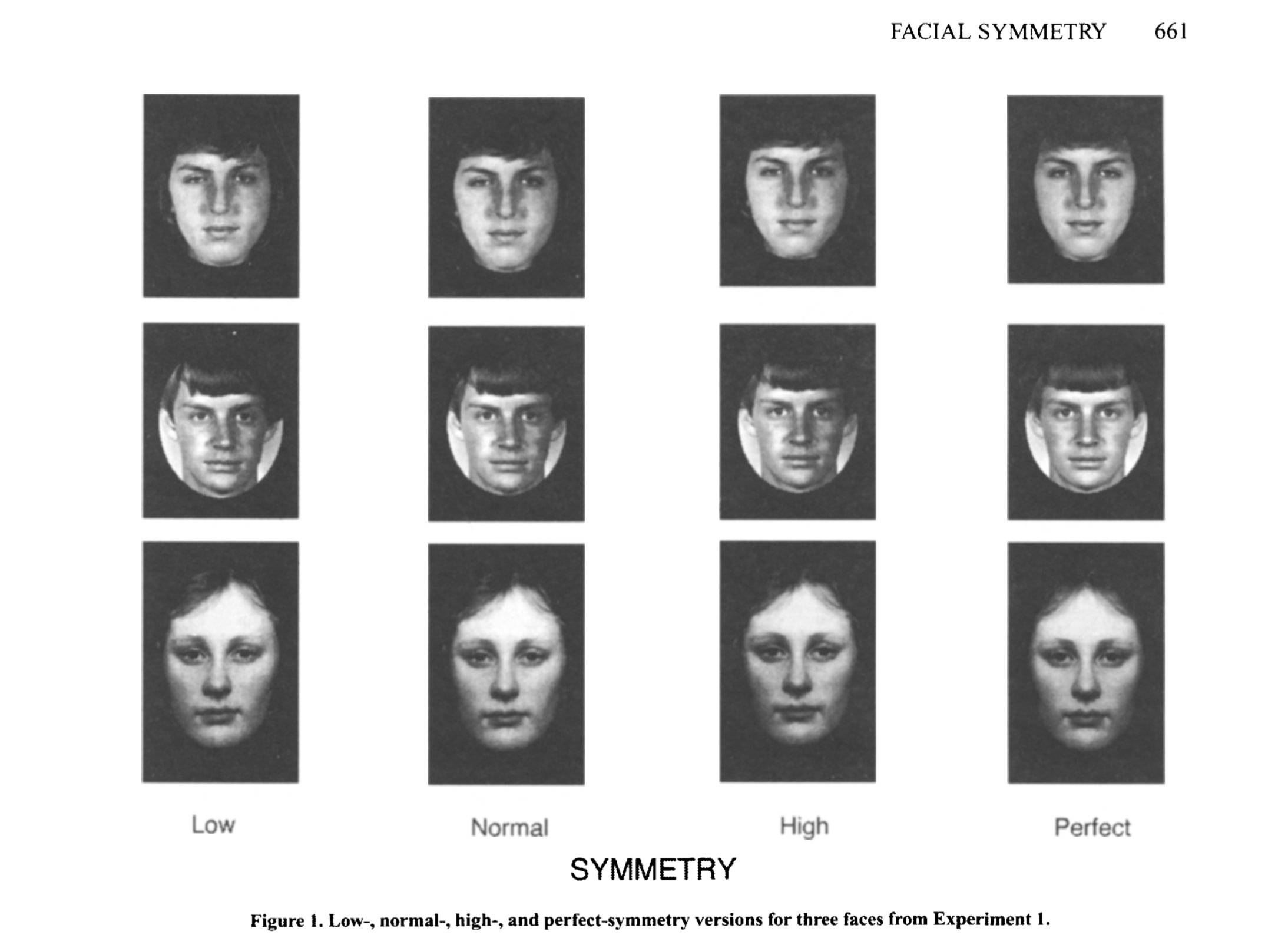 The Quantification of Beauty: A Cultural and Scientific Debate

By Sofia LebitasyNovember 24, 2022 No Comments

Home » The Quantification of Beauty: A Cultural and Scientific Debate

Have you ever asked yourself about the “why” behind a person’s beauty? Why does this person, solely by their looks, capture your attention and another does not?

You may agree with Hume that “beauty is no quality in things themselves: It exists merely in the mind which contemplates them; and each mind perceives a different beauty.” In other words, you may believe that whichever beauty you find in a person solely comes from your own arbitrary judgment.

If so, then how do a vast majority of people come to the agreement that some celebrities’ beauty qualify them for ‘it girl’ or ‘heartthrob’ status? How do beauty pageants exist if people’s opinions differed greatly and a majority vote could not be attained?

I use examples showing an extreme distinction between individual and collective judgments only with the aim to raise these more nuanced questions: If every person has their personal judgment on beauty, how much of this judgment is shared with the majority? If a majoritarian opinion on beauty can exist, does this mean that common characteristics of beauty can be agreed upon? If such characteristics exist, can they act as variables that can be measured in each and every individual?

First, let’s take a look at what history says about such a topic. Like any other civilization in time, the ancient Greeks had their own beauty standards which differed for men and women. What is particularly interesting to examine is their contribution to a mathematical approach of beauty. The ancient Greeks viewed nature as the perfect model of harmony and beauty. They discovered that in the cosmos, a specific ratio with an approximate mathematical value of 1.618 could be found repeatedly. Later named the Golden Ratio or Phi after the Greek sculptor Phidias, this number is said to have been used in the making of the Parthenon in order to achieve the most pleasing result aesthetically. Polykleitos, another Greek sculptor, in his treatise the Canon sought to explain the mathematical basis for ideal body proportions. He put an emphasis on symmetria, a “perfect commensurability” of body parts in order to achieve perfect beauty.

During the Renaissance, Luca Pacioli published De Divina Proportione (Divine Proportion) illustrated by Leonardo da Vinci. It revolves around the use of the Golden Ratio in architecture, geometry, and art, establishing a mathematical relationship between solids, figures, and beauty.

Today, away from the mathematical realm, social media has created a diverse set of trends that influenced people to “quantify their beauty” at home. Based upon their degree of proximity to a certain ideal (beauty standards), anyone can quantify their beauty. What is unique about these trends, compared to previous eras, is the enticement for each to measure very specific characteristics: test the size of your waist with a shoelace, use a filter to test facial symmetry, try showing a side profile with a button nose, etc. The hierarchy that emerges on social media between the people that possess the “ideal” features and those who do not reflects a general agreement on what is commonly found to be beautiful. Naturally, it creates a scale with which people can test their own features and weigh their beauty simply by testing out trends.

Although social media has popularized a system in which beauty is measured by trending physical features, work on more constant qualities such as facial proportions and symmetry are defended by many scientists. Empirical evidence repeatedly suggests that faces that have highly symmetrical features are more aesthetically pleasing than faces deprived of this quality. The positive correlation between symmetry and attractiveness has been studied by scientists such as Grammer and Thornhill who focused mainly on attraction of women towards men and men towards women in a mate-selection frame. Others such as Kowner put into question the ideal level of facial symmetry in order to achieve the most beauty, arguing that perfect symmetry is not preferred. Fluctuating asymmetries caused by environmental or genetic stresses (unlike directional asymmetries) can influence the “quality” of a mate. Directional asymmetries, as they are systematically found in faces, defend the idea that perfect symmetry is out of the norm and may be deemed unnatural or unattractive. Overall, a consensus amongst all studies established that the more a face is symmetrical, the more it is considered healthy and beautiful. The use of the Golden Ratio for ideal facial proportions is still highly debated as proportions do play a key role in beauty but having an exact value over them results in headlines electing, for instance, model Bella Hadid, singer Beyoncé, or actress Amber Heard as the most perfect faces in the world.

However, it is crucial to delve deeper into the dangers quantification can imply. Yes, we can agree that people with symmetrical faces and specific proportions are deemed more beautiful but is that really all they share? Can’t we notice other traits that most celebrities have in common today?

We need to look into the cultural roots of our judgment of beauty, or in other words, society’s influence on personal quantification. For example, the 1940s Doll Tests by psychologists Kenneth and Mamie were conducted in order to show the effect of segregation on African American children’s self-esteem. These children were presented with white and Black dolls and asked several questions, one specifically questioning which doll was associated with being ‘nice.’. A vast majority of them associated white skin with positive qualities and black skin with negative ones. It is no secret that racism is based upon the fact that the oppressed race is seen as inherently inferior to the oppressing one but what is important to highlight regarding our topic is that a physical quality, agreed on by the majority to make someone beautiful, is influenced by the cultural context in which they are, making scientific experiments “proving” our preferences limited in various aspects. It should be noted that the criteria we use to quantify beauty in each person can be cultural, ingrained in us over time and sometimes more dangerous than expected.

A big danger of quantifying beauty and constructing a perfect model based upon multiple experiments is the pressure for everyone to fit into a particular and systematically unrealistic standard. Beauty standards and conventional criteria for beauty have been the cause of mental and physical health problems such as depression, anxiety, eating disorders, substance abuse and suicide. Putting a quantity or number over an individual’s beauty is highly problematic, just as classifying people by their intelligence is, because it reduces an entire life to a singular value.

The quantification of beauty is a fascinating topic to explore as beauty is a concept that feels simultaneously personal and collective but also subjective and objective. Understanding that some biological preferences play into our criteria but also that culture has a decisive role in collective conceptions of beauty is key. Personal biases, separate from culture or science, also dictate how much beauty we see in each individual, including ourselves, but are a lot harder to examine.

Finally, when considering the utility of this debate, while it is helpful when used to understand why we come to think of beauty in a certain “rational” way, it is harmful when instrumentalized to create a hierarchy based on attributing a value to people.