Hit enter to search or ESC to close
CampusStudent Life

Sciences Po Integration Week Off to a Strong Start

By The Sundial PressAugust 30, 2017 No Comments

By Alexandra Junge and Sara Sanabria

Integration Week kicked off on Friday with the yearly opening ceremony in the beautiful town hall of Reims, where Sciences Po Campus Director Nathalie Jacquet and Deputy Director for Academic Affairs Olivier Chopin welcomed the entering first year cohort. In her address Jacquet extended her congratulations to the assembled students for their admission to Sciences Po, proud to see them join its community. She also expressed gratitude to Reims city officials for the significant support that they provide to Sciences Po’s flagship undergraduate campus.

The empowering, warmly welcoming, and perhaps gently intimidating words expressed during that opening ceremony stuck with the fresh-faced students as they made their way to the first stop of their Integration Week adventure that evening. At the Hemingway and the Bodega, both student favorites, attendees gathered in awkward groups of friends to be, gripping beers and unidentifiable punch more firmly than perhaps needed. 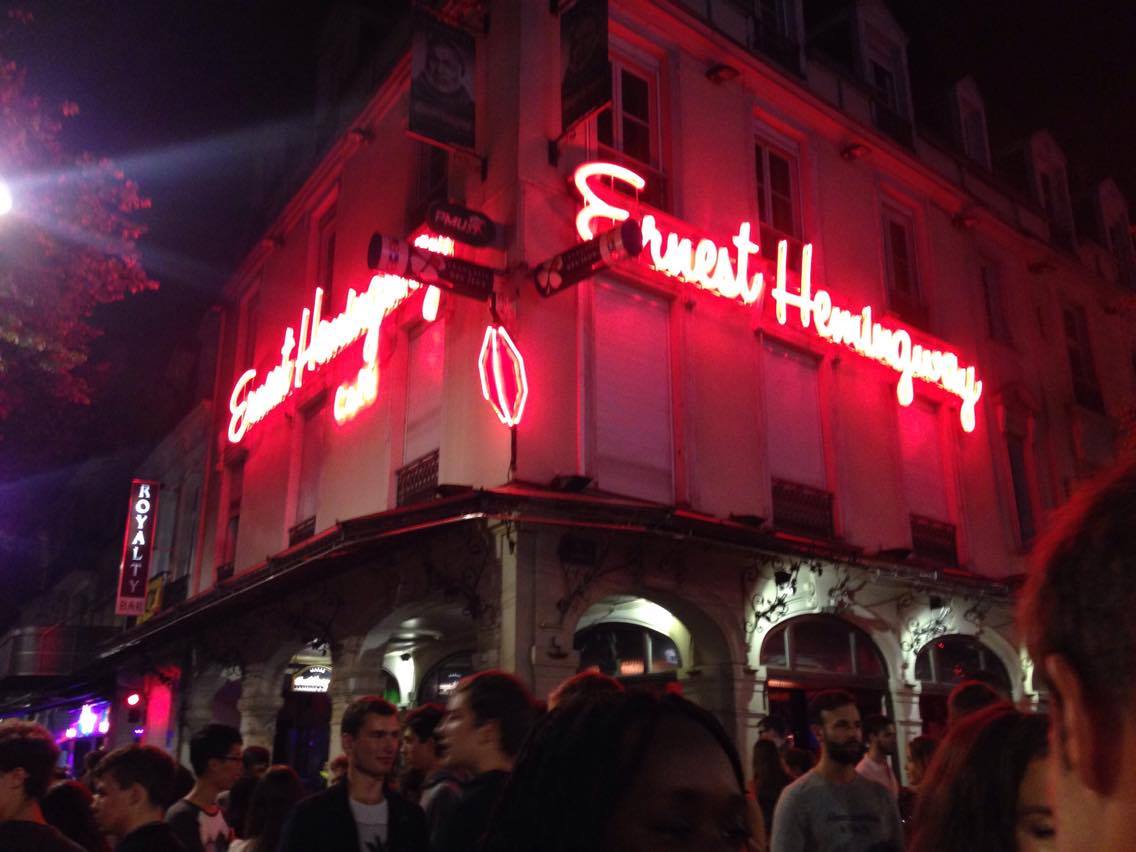 The author and namesake of the former bar’s own words come to mind, “I drink to make other people more interesting.” However, if Hemingway himself could see this crowd he surely would change his point of view as over 100 nationalities, all with individual stories and characters, are represented on the Reims campus this year.

New students from Armenia to El Salvador gathered in chatty groups got to know each other as the night went on. Just a couple of years ago few in Reims would expect to see so many nations represented at a casual bar night in this quaint city at the heart of the Champagne region. And it is indeed Sciences Po Reims’ greatest asset as students pointed out.

“I love the international community on campus and can’t wait to see how the many different perspectives and backgrounds among students come into play both within and outside of the classroom!,” said Robyn Baker, Euram 1A, a student from San Diego, California.

Small talk was interrupted as members of the Student Bureau (BDE) made the rounds, welcoming the new students and introducing themselves. Inquisitive 1As and exchange students were keen to have all the rumors they heard confirmed: Was it true you could not miss more than two classes? Are readers actually necessary? And perhaps most pressingly, what does Reims have to offer?

Indeed, for some, this town will be an inviting challenge. Exchange students from Sao Paolo questioned whether Reims’ tranquility could live up to the entertainment of their hometown of 12 million.

From that initial welcoming ceremony to a presentation on sexual harassment and tours of campus led by second year students, it was a long Friday. Yet, the success of the first bar night of the year can be measured in the positive subversion of expectations: “Reims is prettier than I expected” and “people are more normal than I thought!” were frequently overheard walking past clusters of gabbing new students.

The following day featured other BDE events such as a trip to IKEA, where students had the opportunity to shop and hopefully make their dorms and apartments feel a little more like home, and a scavenger hunt where participants had to find different points of interest around the city. The Arts Bureau (BDA) stand, where participants had to act out a scene or rap on the spot, was a crowd favorite.

To finish off the hunt, participants found themselves at the Parc Léo Legrange, where teams competed in games and activities such as a timed obstacle courses where team members had their legs tied together. Naturally, beer-rally races were in full swing.

Finally, participants enjoyed a meal prepared by the Sciences Po Environmental Association (SPE). Students chose from an array of vegetarian dishes, from wraps to hummus, pasta and organic cider.

On Sunday, a herd of chanting students marched from Sciences Po’s campus to the Parc de Champagne, triumphant despite an exhaustive night at the Vogue nightclub. While hangovers lingered, anticipation for the “Reims Civil War” took over rapidly as the stacks of beer and other beverages become visible close to the park. 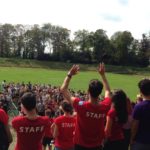 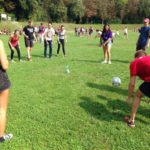 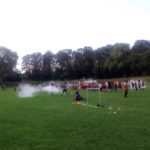 The day began with introductory chants, and across the park foreign bystanders listened to the not-so-politically-correct spirit songs about polygamous women and the Remoise drinking culture and fighter spirit. Participants consumed beer and boxed wine in ungodly amounts, and the lack of water became quite clear as dehydration from the night before caught up to some in the beaming sun.

Of course there would be no proper integration event without a little surprise from the staff at the end of the day. Having lined everyone up for what seemed to be another big game, the second year students who volunteered to staff the event proceeded to attack with all sorts of unsavory weapons, ranging from ketchup, to flour and fish sauce. The standards of last year’s civil war were surely met if not exceeded, and next year’s bar has been set high for the staffers to be.

Head of New Student integration for the BDE, Liam Archbold, Euram 2A, said the bureau was “absolutely blown away by the openness and excitement with which the 1As and Exchanges have thrown themselves into every event, and their willingness to mix with current students has made for a fantastic beginning to the year.”

While the first few days have been demanding for both the students and the bureaus alike, the energy that everyone has approached them with certainly shows just how worthwhile it has been and promises an exciting year to come.