Paris: Off the Beaten Path

By Isabel O’Brien and Blythe Edwards

So you have been there and done that? Just 47 minutes by TGV or ninety minutes if driving, Paris may be the most popular weekend trip for Reims Sciences Pistes. True, the Louvre and the Eiffel tower are essential Paris viewing, but there is so much more to see! If you are looking for something beyond the standard tourist checklist, read on—Paris is a vibrant, ever changing city, with thousands of hidden spots and things to do. 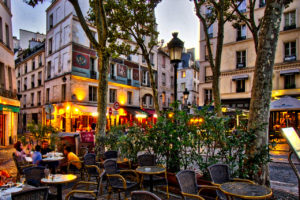 “In Paris, you can buy beer at McDonald’s. Also, you know what they call a Quarter Pounder with Cheese in Paris? … They call it a Royale with cheese.” – Pulp Fiction

Google “Parisian food” and you’re likely to find a list of Michelin-starred restaurants and classic salons de thé. Living in Reims, you already have access to the typical French fare. So when in Paris, embrace the cultural diversity of the city’s residents as reflected in its cuisine. In the 10th arrondissement, you’ll find Little Turkey and some of the best baklava this side of the mediterranean. Closer to the heart of the city, near the Pyramides metro stop in the 1st arrondissement, is le Quartier de la rue Saint-Anne, a treasure trove of authentic Korean and Japanese food. Tuck into some authentic kimchi, sushi, or that best of Osaka street food, Okonomiyaki, which is a bit like a Japanese version of a savory crêpe. One of our favorites is Restaurant Hang a Ri, on Rue de Louvois. 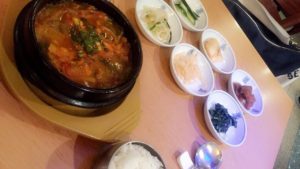 If you still need your French fix, skip the stalwart Ladurée. Instead, follow your sweet tooth to one of the many crêperies which are scattered along rue de Montparnasse, in the Bohemian 14th arrondissement—Crêperie Josselin is particularly delicious! 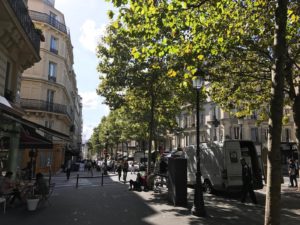 “The chief danger about Paris is that it is such a strong stimulant.” – T.S. Elliot

When night falls in Paris, perhaps certain film scenes have you imagining yourself sipping absinthe at the Moulin Rouge. Montmartre is certainly infamous for the fun to be had there. Perhaps stroll just down the hill to Pigalle. Side by side with the seedier strip clubs, you will discover a plethora of cool cocktail bars tucked away at the corner of the neighborhood. For an artsy vibe, head to L’Atelier Montmartre on rue Burq. If you’re looking for something more relaxed, le musée de la Vie Romantique allows you to enjoy a drink in tranquil hidden garden. 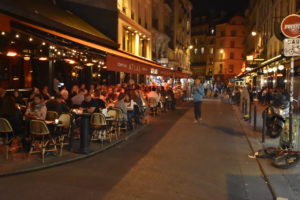 “Mine was a world of rooftops and love songs.” – Roman Payne

Paris, like many beautiful cities, is best seen from above. While there is much debate over where one can get the best view (the Eiffel tower? Notre Dame?), let’s put the controversy to rest—it’s le tour Montparnasse. The view from the windswept viewing deck is stunning, and best of all, the ugly tower isn’t in the picture! 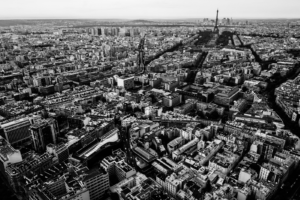 “A walk about Paris will provide lessons in history, beauty, and in the point of life.” – Thomas Jefferson

Paris is almost universally acknowledged as the best place to be a flâneur, or in English, a wanderer, a people-watcher. Wandering its streets should be considered an art form and books have been penned to exalt the experience. So when you are there, as much as possible skip other means of transportation and stroll. Don’t limit yourself to shopping in Saint-Germain and the Marais. Every quartier has something unique to offer. 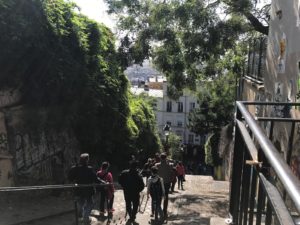 Le parc des Buttes-Chaumont and the surrounding neighborhood la Mouzaïa, in the 19th arrondissement, offer you a quieter, greener side of Paris. You’ll hardly notice you’re in a city of millions as you take in the bucolic scenery. To continue your tour of the best lesser-known Parisian parks, skip the hubbub of the Tuileries and check out the 15th arrondissement’s parc Georges-Brassens, which is less noisy and crowded, but no less beautiful. 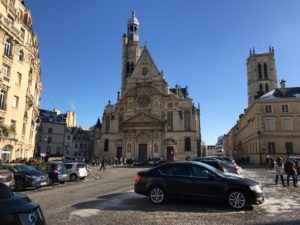 Paris has no shortage of inspiring spiritual spaces, and it’s a shame if you only see Notre Dame or the Sacre Coeur. On your wanders through the city, if you notice a historic church you are passing, try the door. Most are open to the public during the day. A personal favorite is Eglise St-Etienne-du-Mont, an oft overlooked beauty tucked behind the Panthéon. Visiting it, you can check out both its amazing 16th-century intricately carved stone screen and a bit of Paris history. In the back of the church you will find the shrine of Saint Geneviève, patron saint of Paris, who saved the city in 451 from Attila the Hun invasion’s. The French Revolution wasn’t kind to Saint Geneviève. First it confiscated the nearly completed Panthéon which was built to house her relics. Then, in 1793, her remains were publicly burnt and thrown into the Seine. Today, the reliquary holds only her finger bone which had been stolen before the Terror. 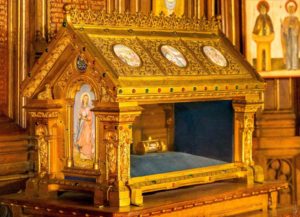 If you would like a more interactive experience in a sacred space, consider a visit to the Grande Mosquée de Paris. Tucked behind the Jardin du Plants in the 5th arrondissement, the Grande Mosquée was built in a Moroccan style in the 1920’s in appreciation of the French colonial Muslims who died in WWI. You will find both an indoor/outdoor restaurant where you can drink mint tea and eat North African pastries. There is also a Hammam where you can have a steam bath and a gommage exfoliation with a massage from some uniformed older spa attendants. Check the website to find out which days are for men and which for women at the Hammam. 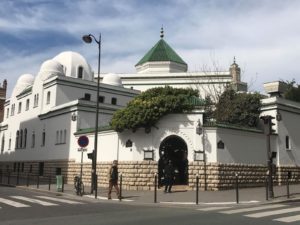 “An artist has no home in Europe, except in Paris.” – Friedrich Nietzsche

The Louvre, Orsay, the Pompidou… it feels like Paris has more museums than Sciences Po has students. As an alternative, why not immerse yourself in Parisian culture in a different way, street art! Promenade through the Marais and take a walking tour of all the larger-than-life murals and intricate graffiti. Head over to the Pompidou Museum and walk around the surrounding streets of Beaubourg to see some of the best pieces. You’ll definitely learn something, and better yet, its free! 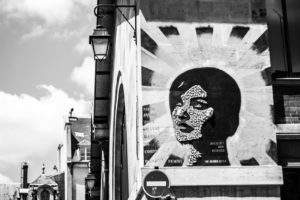 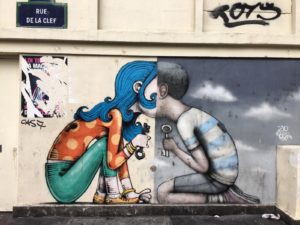 Restaurants, sites and culture—Paris has all and more to offer. Next time you head to the capital, don’t be a tourist. Get to know the real city that lies just a train ride away—go off the beaten path!