The Real Tea: Our Sexual Violence Policy is Not Sufficient

By Teresa ArtjokiOctober 3, 2018 No Comments 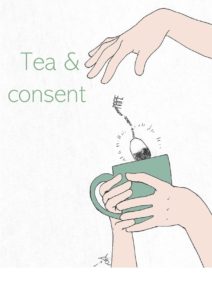 “Nothing changes as long as it works”. This roughly translated line from the song “Muutos”, by the Finnish rapper Paperi T, is relevant to the recent Kavanaugh hearing. A man accused of multiple instances of sexual harassment was advanced by the Senate Judiciary Committee as a Supreme Court Justice nominee. Meanwhile at Sciences Po, the “Consent Is Like Tea” video was shown to yet another cohort of students. Yet again, the brochure entitled “Create an Environment of Sexual Respect” was distributed to 1As, in which Sciences Po affirms its commitment to help victims of sexual violence. 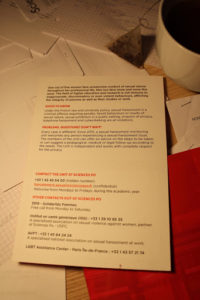 An association party called “Trashernity” was hotly debated a few years ago on campus for allegedly promoting rape culture. Some students supported the removal of all allusions to toxic fraternity culture from the Reims community. More recently, just some weeks ago, rumors circulated of a 2A-held party that primarily invited 1A female students, excluding most other 1As.

Sciences Po is in no way immune to sexual violence. It is not uncommon to hear accounts of sexual violence among students. Rumor has it that the current consent information session was pushed forward by the BDE a few years ago following a rape case. From this was born the infamous tradition of the Tea Consent video. 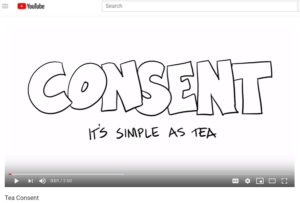 The Tea Consent video breaks down the highly complex issue of sexual violence and consent into a tea analogy (Photo: Youtube)

The whole premise of the video is that one should not force tea on somebody else if they do not want tea, and this works as a clever metaphor for sexual consent. The idea is good; reducing a nuanced issue to its very core, making it easy to digest. However, by doing this, the discourse surrounding consent is placed on a subject-object axis. There is the one who asks for consent, and the one who gives it.

The video fails to address the true nature of consent as a cumulative process taking place between multiple actors. Consent is not merely a way for the subject — the one who asks for consent — to gain permission to perform an action on the object —the one who gives consent. Rather, consent is progressively expressed (or not) by all involved parties. While consent is often seen as a purely verbal action, we all express different kinds of consent with social cues and body language. It starts with our willingness to talk to somebody, and continues from there. Furthermore, we are all adept in noticing whether somebody is unwilling to engage in something with us.

I have a hard time believing that consent is  hard to understand. Instead, the issue boils down to the basic respect of the agency and self-determination of others. Grasping the concept is not the central issue here,  rather, it is more important we address those who do not respect consent. A few years ago the administration was asked what would be done in response to rape or sexual assault. The response? “We can make sure the students are not in the same classes.” 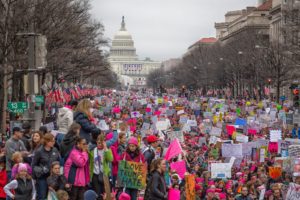 The #MeToo movement and the Women’s Marches have been met with the Kavanaugh case and the comeback of entertainment figures accused of rape, such as Louis C.K. This speak volumes. It shows that sharing information and expressing solidarity with causes such as women’s rights can only go so far. They reach limits in creating real change. Here at Sciences Po, perpetrators of sexual violence will continue to live a normal life. They will go to a new country for their 3A or return to their home universities. Sexual violence victims are not merely the victims of a human interaction gone wrong, they are the victims of a terribly flawed system which allows their abuse to happen. But of course, nothing changes as long as it works.