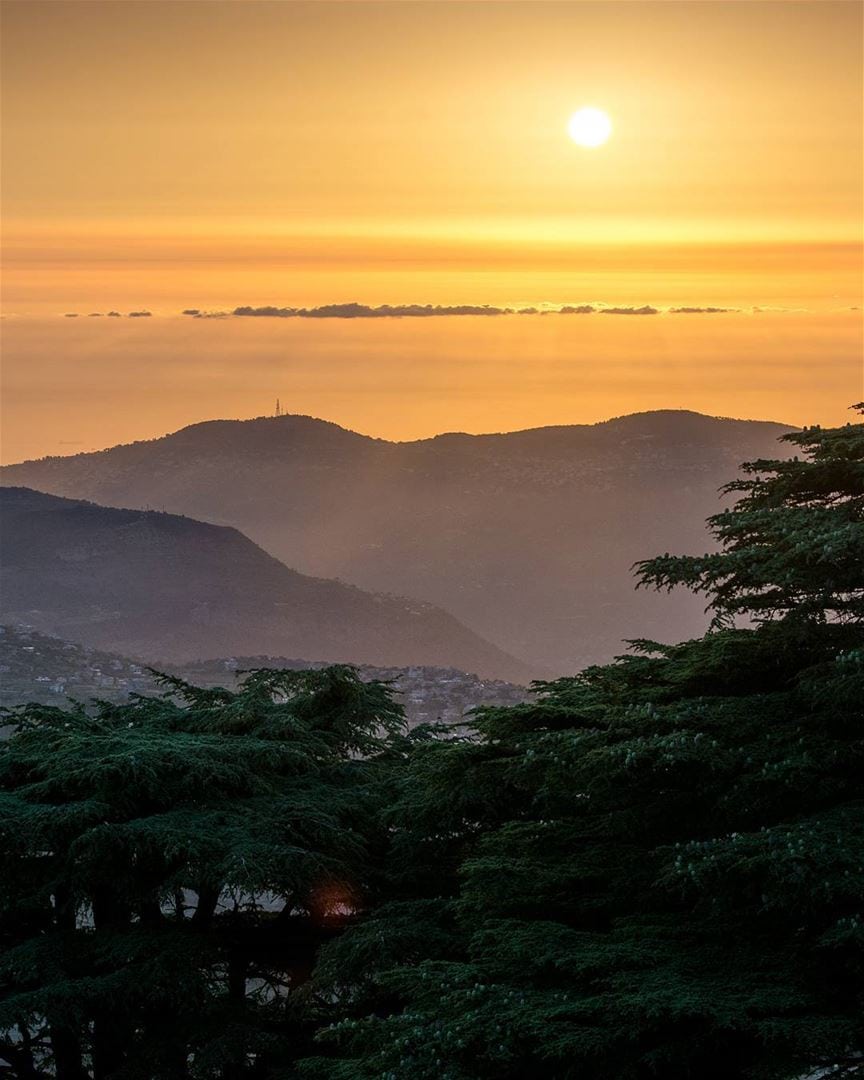 By The Sundial PressNovember 22, 2018 No Comments

“A patriot must always be ready to defend his country against his government.” –  Edward Abbey

It happened seventy-five years ago: we were set free, finally able to govern ourselves. We seized our freedom and were no longer under occupation. Personally, I have been around for more than a quarter of it all. Seventy-five years ago we could finally call this 10,452 square-kilometer plot of land a country of our own. I currently have twenty November 22s under my belt. Here is why this date has an important meaning to me.

On Monday, November 22, 1943, France recognized the independence of Lebanon, releasing the Lebanese government from the fortress of Rachaya.

Independence was a breakthrough for Lebanese society. Indeed, since the Phoenicians, the country has been occupied time after time by different empires, as if they were waiting in line. The upside was the spattering of cultures they created: from Roman Rule (64 BC–646 AD) to the expansion of Islam under different caliphates such as the Abbasids and the Fatimides (636–1099), then the Ottoman empire (1516-1917), and finally the French mandate (1920-1943). 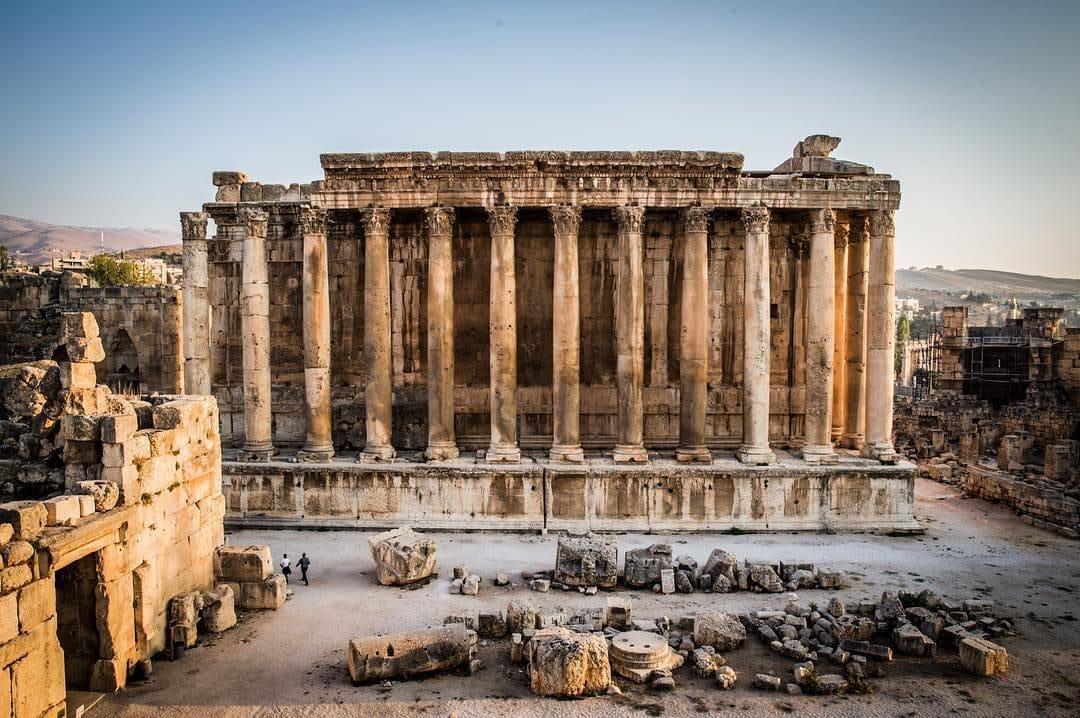 The ruins of the Roman temple of Jupiter in Baalbeck, Lebanon.

Finally, Lebanon would have its freedom. Unfortunately, this was never meant to last for long. It only lasted thirty-two years, until the Lebanese civil war broke out in 1975, pitting Americans, Soviets, Israelis, Syrians, Palestinians and Lebanese citizens all against each other. The war officially lasted until 1990.

After the war broke out, Lebanon was under Syrian occupation from 1976 until 2005. Why? The intervention was meant to whip Lebanon-based Palestinian refugees, and the Lebanese government that authorized them to bear arms, back in line. Parts of Lebanese society reacted to the Syrian invasion with hostility, leading to the outbreak of civil war. Thus, Christians, Shiites, Sunnites and Druzes started shooting at each other.

The occupation ended with the assassination of then prime minister Rafic Hariri on February 14, 2005. However, Syria was not the only invader of the late 20th century.

In 1982, Israel invaded the south of Lebanon. The expansion continued until Beirut was seized with the help of Christian militias who had splintered from the Lebanese army. Israel beat a partial retreat in 1983-85, but remained in control of the border region, which they named the South Lebanon Security Belt, initially in coordination with the self-proclaimed Free Lebanon State. Conflict flared anew in 2006, during the War of July — or as we call it in Lebanon, حرب تموز. The war dealt heavy damage to Beirut’s infrastructure.

Ever since the war ended, Lebanese politicians have continued to pursue the same objective as in war: complete control over Lebanon for personal benefit. I guess Charlie Chaplin was right when he said that “dictators free themselves, but they enslave the people”. I was taught at school that citizens had the power to kill or save a country by voting in elections. However, the problem goes much deeper than electoral choice.

The problem in Lebanon is that it only takes one rotten apple to infect the entire basket. We re-elect the same people, or their sons, as MPs. Therefore, the parliament is extremely static in its mentality. The other issue is that we vote for parties, and NOT for candidates, so that in the end voters can say that their party won, but the entire country lost. Maybe if we gave less power to parties that have been destroying the country and turning people against each other since 1990, like the Phalange Movement or the Free Patriotic Movement, things would start to change. 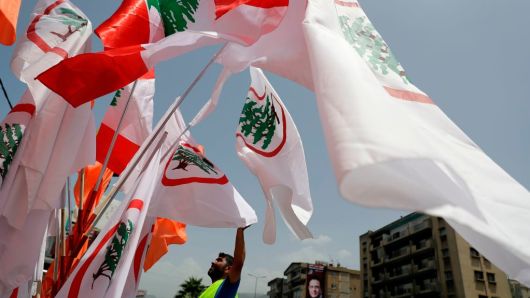 Surely, politicians are to be held accountable for their actions. Then again, most were voted in without any clear or concrete policy ideas. Voters were swayed by pure rhetoric but the action they hoped for never materialized. However, there are independent candidates who have analyzed Lebanon’s economic quandary and presented a path to get the country on the right track. They have done a lot research, but unfortunately we do not take the time to read them.

I think particularly of Adib Tohme, a politician and lawyer whose works I admire. In the last two years preceding the legislative elections of May 2018, Tohme published two important books  called Et l’Economie, Idiots! and Liban: De la Non-République à la République-poubelle: (Chroniques 2008-2015) in which he proposes solutions to the turmoil taking place since the beginning of the 21st century.

Social stability concerns all of us, not just the State. Our mentalities must change even concerning the most mundane things, for example, we can help solve an ongoing garbage crisis by recycling more and by raising awareness. The same should apply to civic respect. As John F. Kennedy put it, we should not ask what our country can do for us, but what we can do for our country.

Marwan is a 20 year-old student from Lebanon. Author of the book Dare to DR24M and founder of the blog Change The Lens, his objective is to try and make the world a better place. When it comes to personal opinions, he does not aim to convince the other party that his vision is the absolute truth. He focuses more on exchanging opinions and learning to coexist with people who are different.