The Pros and Cons of Effective Altruism

By Emilie RappeneauMarch 7, 2019 No Comments

Home » The Pros and Cons of Effective Altruism 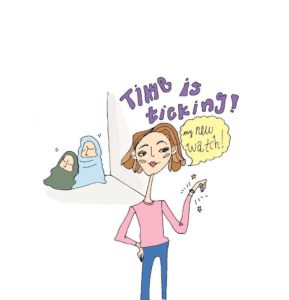 We watch wealth inequality grow as the planet heats up to unprecedented levels. We watch time go by, and we track it with our – probably expensive – watches. They may not have minute markers, or they may be highly accurate, less than half a second behind per month. Classic symbols of wealth and status, watches are a symbol of mindless consumerism, from which we are able to watch the world crumble and dissolve.

But do we really have to spend our earnings on such trivial pleasures as the brand-new Cluse watch? Is it even morally commendable to do so, seeing as some can barely afford to eat every day?

This is precisely the point made by Peter Singer, Australian moral philosopher and hardcore vegan, in his work on effective altruism. He explains that we tend to only notice misery when it is upon our doorstep. But Singer argues that even if a homeless man is thousands of miles away, we still have a moral responsibility to give that watch away to charity, or take other actions to reduce poverty. In his famous Bob and the Bugatti analogy, Singer stresses that it is as morally condemnable to let a train run over a child instead of your brand new car as it is to buy that brand new car in the first place.

Moreover, donating should be more than a simple knee-jerk reflex. One should thoughtfully combine heart and head by channelling our empathy into a well-directed donation to an organization that supports a cause you wish to help. This implies thorough research: looking at the share of revenues the charity spends on administration and salaries, but also its various missions and achievements. Peter Singer recommends GiveWell.org to do just that. They keep a frequently updated list of what they consider to be “evidence-backed, thoroughly vetted, underfunded organizations”. Their past errors are made transparent in the column “Our Mistakes”.

Often half-tinted with bitterness, criticism of Singer usually focuses on the potential radicality of the movement, which, at the extreme would mean giving away all your possessions to help the global poor. This is not something I consider a flaw. Indeed, Singer’s goal of not only making the world a slightly better place, but the best place possible, has been taken quite literally and interpreted in such a way that some have come to think it discourages “domestic efforts to serve those in need”, “more local and smaller charitable endeavors” or “funding for the arts”.  Actually, I believe this movement to have quite the opposite effect. By stressing the fact that our donations are meant to alleviate global suffering, not absolve us from, say, compulsive shopping, effective altruism encourages us to give more, in different ways and more consistently. Singer’s latest book’s title encompasses the purpose of the movement: to encourage every single donation, whether it is a dollar given to a homeless person in the metro or time spent in a refugee camp, because every step is one towards The Most Good You Can Do.

Attempts to discredit effective altruism through accusations of radicalism are not surprising, and are similar to the ones levelled against the vegan movement. Strong moral stances are often evoked as counterproductive forces, but change is seldom born out of self-congratulatory moderation and mediocrity.

Nevertheless, Singer’s theory is not flawless. First, he calls effective altruists to choose “the career in which they can earn most, not in order to be able to live affluently but so that they can do more good”, which he equates to going into high-level finance. But joining a system where many rave about the miracle of the free market might make one more susceptible to change one’s view on charity. It perpetuates oppressive power structures and helps the elite accumulate more capital, potentially in illicit ways. All these have consequences which  cannot be compensated by donations.

Furthermore, the movement has been criticised for being one of elitist philanthropy. According to Ken Berger and Robert M. Penna in the Stanford Social Innovation Review, the main fear is that platforms like Give Well “will move us toward a more centralized form of giving where the experts decide where the money goes, rather than individual donors”. A concentration of power may ensure more efficient donations, but it will also cut very deserving charities from a potentially skewed list. Finally, Giles Fraser points out that “utilitarianism is a concern for people in general rather than for people in particular […] Would you really save a large bag of cash from a burning building rather than your neighbour’s terrified child, even if you could donate that cash and save the lives of a thousand strangers?”

The utilitarianism underlying effective altruism must not be taken too seriously: while frequent and purposeful donations are important, morality is not a personality trait you can achieve through the fixed algorithm of a charity game. There are no rules when it comes to kindness, and no price tag can be put on life. Furthermore, as Fraser points out, “Effective altruists are mostly in their mid to late 20s, male, white, middle class, and highly idealistic” who have nothing better to do then theorise about altruism.

In the words of Sartre, “Que signifie la littérature dans un monde qui a faim?” Before intricate theorising on altruism, it will suffice for now to get away from the nearest Daniel Wellington store, and get into a habit of routinely giving. Words are nice, actions are even better.