What’s left of the American Dream?

By Elise OtmaniFebruary 6, 2021 No Comments 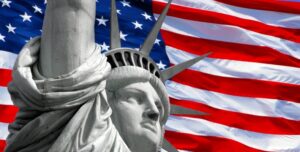 In the recent inauguration, Kamala Harris made history, becoming the first woman of color to hold the second most powerful position in the United States. As Vice President with an immigrant background, she has been praised by many for embodying the American Dream—the ethos that, through strenuous effort, any diligent and hardworking individual can elevate themselves to a position of success. Yet Harris’ success story is in fact rather anecdotal, and can even shield us from the harsh reality that America is not the land of equal opportunity that it boasts to be.

In his 1931 book The Epic of America, historian James Truslow Adams defines the American Dream as “a dream of a better, richer and happier life for all our citizens of every rank.” The idea stems from the mainstream narrative that the United States provides equal opportunities to all, regardless of their socioeconomic background, and that in the US, anyone can go from rags to riches, provided they are willing to put in the work and make sacrifices to turn their dreams into reality.

While remarkable tales of ascension do exist, they 1) are most realistic when set in the previous century and 2) conceal the bitter truth of most working-class families, for whom poverty is quasi hereditary. Because it is becoming harder than ever to free oneself from economic scarcity, experiences of genuine social ascent are becoming rare.

The American Dream can be quantified, revealing its contemporary shortcomings. If you were born in 1940, you had a 92% chance of making more money than your parents, but that percentage drops to 50% if you were born in the 80s. Research is under way for millennials and Generation Z, but there is little reason to assume the downward trend has been reversed post-2000. Andrew Carnegie might have embodied the figure of the self-made man in America in the 19th and 20th centuries. However, had he lived from the 80s onwards, we could question whether he would have risen to fame and fortune so smoothly. Most importantly, his journey from poor Scottish immigrant to multimillionaire business leader is an isolated case—far from the reality of most immigrants, for whom the American Dream is a distant prospect, most vivid in their imagination.

With these considerations in mind, Kamala Harris’ experience of the American Dream is worth pondering. Yes, she might be the daughter of immigrant parents. Yes, she might have “made it” as an African-American and Asian-American woman in a sphere dominated by white men. However, she also appears to be the daughter of a Stanford University Professor and renowned cancer researcher, both of whom are highly educated and relatively well-off. Would Harris be where she is today had she been born in an uneducated and lower-class family? It seems rather unlikely. Furthermore, her reality does not represent that of most immigrant families, for whom the struggle to make ends meet is as pervasive as a virulent epidemic. Although Harris’ criticism of the American Dream was met with resentment, I believe she was right to acknowledge the anecdotal dimension of her rise to power.

One solution to alleviate this decline of upward social mobility could then be to bet on education and its equality-conferring potential. By allowing children of low- and middle- income parents to benefit from the same high-quality and high-fee education as their wealthier peers, they could graduate with the same valuable skills, entering the labor market and reducing the wealth divide between families. Unfortunately, America’s education system appears rigged. To become a doctor, for example, you need to be both willing to and capable of inflicting yourself with the average wound of $250,000 in student loan debt. The inevitability of student debt results in the replication of already existing wealth patterns, with for example,  the bulk of students at Harvard University coming from the top 20% while less than 5% from the bottom 20%, thus highlighting an unequal access to education in one of the United States’ most prestigious institutions.

Clearly, the narrative centered around the belief that you will reap the rewards of your dedicated efforts has become virtually obsolete. This is a fact: the American Dream has waned, trapping the less well-off in a vicious cycle of poverty that offers little prospects of escape. And while education seems a promising domain to grant equality of opportunity, its real impact is rather disillusioning. It doesn’t suffice to be conscientious and hard-working anymore—you need the payroll to follow if you want to even dream of entering the most prestigious institutions of higher education.

Furthermore, the myth of the “self-made man”—going from rags to riches across their lifetime, in a social ascent accessible to any hardworking and determined individual—leaves little room for luck. Because, in addition to one’s socioeconomic background, the role of chance in our accomplishments also seems to undermine the American dogma that “hard work always pays off.” Without dismissing Harris’ impressive journey, marked by effort and perseverance, it is still fair to say that the odds have so far been largely in her favor. For she did not choose the potentially life-changing encounters she was blessed with throughout her career. Among those, I shall solely mention her fortunate friendship with Beau Biden, the president’s late son, which influenced her nomination as Vice President.

In The Tyranny of Merit, philosopher Michael Sandel argues against the belief that we can be self-sufficient and rise on our own. Success is not only the product of diligent work, self-discipline and strength of character; it is also accountable to the alignment of fortuitous circumstances that, by nature, not everyone has the luck of experiencing.

The American Dream is thus nothing more than it promises—a dream. In America, anyone can aspire to dream of a better life for themselves, yet lucky are those who can actually manage to turn those dreams into reality.

Perhaps George Carlin understood it best when he said: “it’s called the American Dream because you have to be asleep to believe it.”