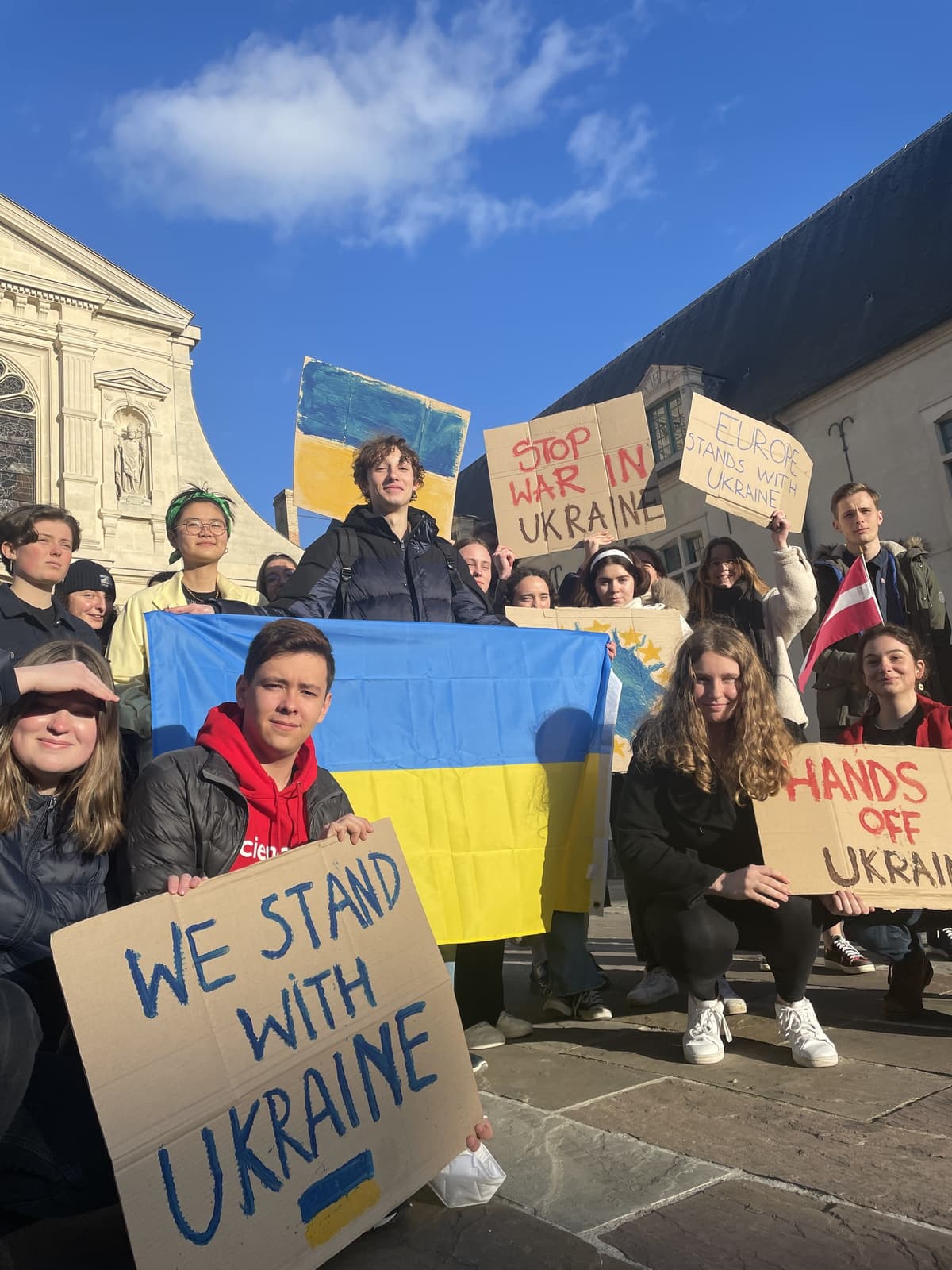 The Students of Sciences Po Have Spoken: “Libérez l’Ukraine!”

There is not one soul on campus who has not felt trepidation regarding Russia’s war against Ukraine. Since waking up to the daunting news that Russian troops had launched a full-scale invasion on Ukrainian territory on Thursday morning, Sciences Po students in Reims have been quick to express their emotions and mobilize their support for the Ukrainian people.

The Central & Eastern European Association (CEEA) acted swiftly to organize a solidarity demonstration for Ukraine in the Cour des Pères, our campus’ central courtyard. Alex Chaharnyi, the only Ukrainian student on campus, welcomed students with the Ukrainian national anthem, followed by a poignant speech about his country and the impacts of this invasion on his family. 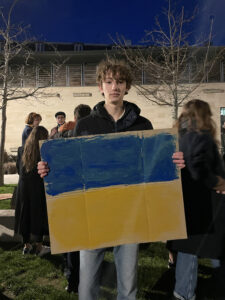 “Yesterday, my country has been further invaded by Russia. They took Crimea, Donbas, and Luhansk in 2014, but I guess it wasn’t enough. I’m scared; I might’ve cried a few times today. I’m worried about my family and what will happen to them. You’d think that the feeling that dominates over me is complete and total sadness. But it isn’t – it’s anger. 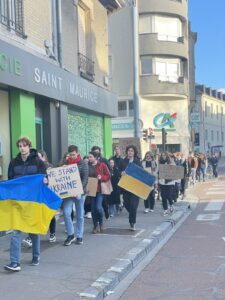 There’s a Twitter account called “Is the EU Concerned?” It documents all the stuff the EU is concerned about. They’ve been concerned about Ukraine numerous times, but let’s make sure this time they won’t be just concerned. The governments of the world need to act. If Russia will continue to murder Ukrainians and face mild consequences, what does it mean for the future of the world? Does national sovereignty matter anymore? What’s next, invasion of Taiwan by China? Russia invading the Baltics, Georgia? This is a matter of world safety. What happens if Russian bombs accidentally hit one of the four nuclear power plants we have in Ukraine, another Chernobyl? Another radioactive cloud reaching Europe?

Putin thinks he can do anything and not be held accountable, let’s prove him wrong. Destroy the Russian economy, put harsh sanctions like we have against North Korea, isolate the bitches. Contact your lawmakers and support those who support tough measures in Russia. Educate yourself on what is happening and educate your friends and family. Protect yourself and your loved ones from Russian propaganda and fake news. And I know that we are all students, but please consider donating to the Ukrainian army. The fight is not over yet, and we’re putting up a good one. Even a Euro would make a difference.”

Alex’s speech was followed by a statement from Liubov Nazarenko, a Russian student on campus, who expressed her solidarity with Ukraine and denounced the nonsensical war while reminding students to avoid directing anger and hate towards Russian individuals who had no say in the government’s decision to attack. 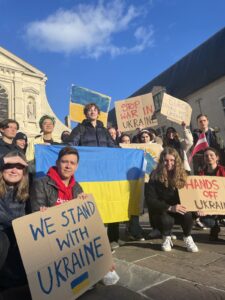 Student demonstration in front of Campus

Sciences Po’s determination did not stop there. On Friday afternoon, a crowd of students gathered in front of campus to march to the Place d’Erlon, once again led by Alex Chaharnyi. Students chanted “libérez l’Ukraine !” and “Slava Ukraini” in the streets of downtown Reims and were met with a positive response from pedestrians who chanted along or cheered them on. Alex explained that his goal was to raise awareness outside of Sciences Po’s walls and among the greater Reims community to make sure that everyone feels the impacts of these events and rally as many people to help in any way they can.

The CEEA has already promised to organize more events and a donation campaign for the Ukrainian army, and some of our students attended a demonstration hosted by the city hall Saturday evening. The fate of Ukraine remains uncertain, but what is certain is that our campus will continue to do what is possible to raise awareness for the conflict and find ways to aid the Ukrainian people.