From Peasants to Finns to Peasants Again

By The Sundial PressDecember 12, 2017 No Comments

The screening of the film Tom of Finland last Wednesday, organized by UnFramed and SAGA, showcased the story of a struggling artist in post-war Finland. Touko Valio Laaksonen sought opportunities outside of his confined backwater, and in 1956 he sent his first batch of homoerotic drawings to the magazine Physique Pictorial in the US. His works achieved international fame, but he never divulged his identity as Tom of Finland to friends and family, with the exception of his sister, until his death. He never left his home country, so to speak, to indulge in the international fame that he could have received. Why?

The country of Nokia, Supercell and Angry Birds is still a peasant nation at heart. Despite a strong presence in the tech industry and a standard European urbanization rate, many Finns still consider their forests and lakes a source of vast wealth. Our relationship with nature is exemplified by a curious sequence of events that takes place every midsummer—a period that always lasts from Friday to Sunday. Helsinki is eerily empty during the pagan festival of Juhannus, as we call it. Most city-dwellers, even the engineers and bankers, hop into their cars, drive to an owned or rented summer cottage in the countryside, go to the sauna, light a huge bonfire and watch the sun not set for a weekend. In fact, the traffic is so intense that every year all major news corporations publish articles with the same headline to reassure travelers of safety on the roads. “Midsummer traffic has been peaceful.”

A Finnish summer cottage, a mökki, is situated in a specific cultural context; something is lost in translation. Another example is the word “summer camp” in the United States and all the significance it holds. There, it is a cultural convention that rose out of the very short vacations of working parents and the need to keep children out of trouble—elsewhere it can have a very different connotation. Likewise, a mökki is retreat, often next to a lake or the sea, and always secluded. For some, it might be close to their ancestral home, for others it might be a recent purchase. A real mökki isn’t connected to the power grid and doesn’t have an indoor toilet—the most austere ones don’t even have solar panels or running water. They should always be equipped with a sauna, a pair of rubber boots, a hunting knife and a deck of cards. Urban startup entrepreneurs, truck drivers, nurses and engineers all chop wood, go berry picking, and play at being a peasant before going back to the city. It’s a tradition in decline, and some of the austerity is being scrapped as newer cottages are equipped with TVs, and even electric saunas—an abomination if there ever was one. However, mökki culture is nowhere near its swansong.

Finland is a newcomer to urbanization: in 1916 only 16% of Finns lived in cities, and even in 1950 most Finns lived on the countryside. My grandmothers are a great example of this: both moved from the countryside to the capital region in the early 60’s to study and become nurses. Because of this late development, Finns haven’t decided whether they belong in cities or in the woods. Even modern politics is strongly influenced by our past: our prime minister, Juha Sipilä, is the chairman of the centrist agrarian party that seeks to keep the sparsely inhabited countryside and small towns vibrant by slowing down the vortex of urbanization. Mr. Sipilä himself is a living testament to the split Finnish identity. How common is it for a once richest man in Finland, engineer, and ex-CEO of multiple tech companies to lead an agrarian party?

This peasant background offers an explanation to the actions of Mr. Laaksonen. The last great famine ended in 1868, which means that a child born in 1920, as Touko was, spent his youth around adults who had lived through wanton need and misery. Such an upbringing instills a certain frugality, a sense of humility but also a fierce pride. I claim that this peasant pride coupled with the harsh life of farmers is what makes suicide very common in that occupational group. This pride is probably, along with the psychological effects of winter and a high rate of alcoholism, one of the explanations of high suicide rates in Finland. The legacy of hardship has left a cultural mark, even though materially there is not much to complain about.

The Finns on campus organized another event to celebrate the centenary of their country’s independence, assembling in the amphitheater last week to listen to a very information-dense analysis of Finnish education by Aleksi Kalenius—a researcher who came in from Paris. This event ties together two other distinguishing features not that far removed from the abovementioned peasant morality: a very protestant work ethic and a deep-set respect for engineers and technocrats.

Max Weber’s phrase applies well to Finland—historically a devoutly Protestant nation. Punctuality, hard work and faith in God made poor sharecroppers bear adversity with quiet humility. Some of the same features are found in the work ethic and social culture of today—even though Finland is no longer a strongly religious country. In France, I often show up at soirées on time and find myself waiting for others to arrive. Furthermore, our education system created the generation of engineers who founded Nokia and technocrats who keep the welfare state running. The fact that our prime minister is an engineer, and that we Finns gathered at 9:30 a.m. to listen to a carefully prepared and immensely technical presentation, speak volumes about our respect for the trinity of knowledge, power and authority.

Finally, our way of celebrating independence is a mixture of the city and the countryside. On independence day a good citizen sits down with his family in the evening, and watches the president shake hands with Finnish notables for a few hours as they arrive at the presidential palace for the Independence Day ball. A Finn sits on the sofa with a remote in hand, and laughs at the seigneurs as they pose in front of the cameras and display a multitude of coquetteries. The peasant gets to laugh at the lords from the comfort of his own house—all the while recognizing their social status.

The most telling thing of all, is the sentence voted by the viewers of a journalistic documentary project Docventures to be the most Finnish sentence of all time: “No need to put the kettle on for me.” 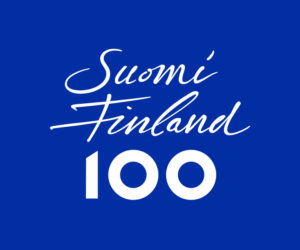 Miko Lepistö is a first year student from the bowels of Helsinki. The only student living on the notorious “other side of town”, as well as an avid biker due to necessity. Looney Truths runs one Tuesday every month.