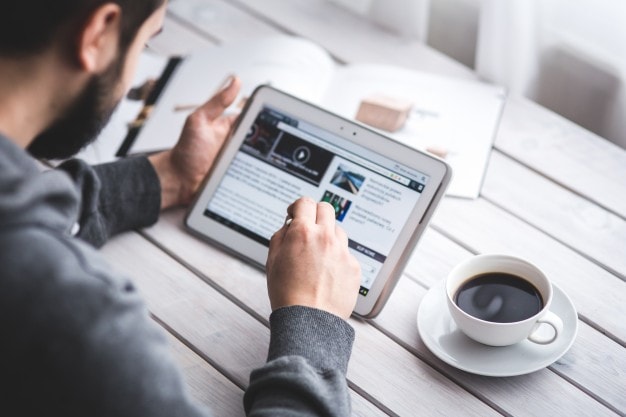 We live in an age where information is omnipresent and available to all. One might think that this era of diversified mass media would bring conscientious political thinking and “intelligent” voting. One would be wrong. When twenty-five workers were killed in a mining explosion in 2015, there were 2,300 news reports in the succeeding six hours. There is an inherent problem within the media world today, namely that quantity is slowly replacing quality. The paradox is twofold, firstly the fact that quantitative journalism is surpassing qualitative journalism, lowering journalistic quality as a whole, and secondly that paradoxically, an increase in information is not correlated to a rise in voter turnout or “intelligent” voting, but to the total opposite, namely a decrease in voter turnout and the rise of highly controversial leaders.

With 24/7 news channels such as CNN, Fox News, BFM-TV or Al-Jazeera, news has never been so accessible. Papers, radio, TV, smartphones, computers, you can even read the news on your smartwatch. Seven billion people can have access to news at any time, any place, and can stay informed on the diverse political lives going on around the globe. That may be what the news outlets in question may be illustrating, but the truth is far from it.

If we use gratification theory, it is clear that modern democracies are situated in the immediate low cost high benefits branch. It takes analysis, reflection time, knowledge and understanding of a specific subject to properly fathom what is said in the news, whereas pure entertainment requires very little thought. TV is particularly targeted in the text, as people can zap from channel to channel, as the media diversity is so high, and in the vast majority of cases, entertainment prevails, at the disadvantage of news. This toxic bombardment of information is detrimental to its overall relevance. One could solely blame the media world for this problem, but that again is wrong. It is a simple principle of supply and demand. There is a growing demand for entertainment and a decreasing one for deep analysis of political matters, and where there is demand, there is money to be made. It becomes a pure opportunity cost: It is more productive and lucrative to ask a subpar writer to write an internet-friendly article asking, “is your cat making you crazy” than to ask a talented journalist to write a report on the current fiscal evasions of Mediapart or François Fillon’s suspicious campaign “gifts”.

In a world where the media is no longer limited by the pages of a paper, news can be omnipresent and endless, and there is no need to pay $1.5 a word for an article by a Pulitzer Prize- winning journalist. The media is responding and adapting to public demand and the public itself is losing interest in news and quality information in general due to this reaction from the media. This vicious cycle seems to have no end and qualitative news will continue to deteriorate in the stead of quantitative news, or even entertainment.

The opportunity for information is here, however the motivation and ability in some cases, clearly isn’t. There is no one solution to solve these two key necessities, however there is a need for journalists to have more visibility, in order to promulgate qualitative article that stand out from the mass media that has little relevant content.

Furthermore, in the context of voter turnout, it is important that media focus on the ideologies, programs, and motivations of political figures rather than where they went on their holidays or their diets to look good during debates. The unbalance what the French call “fond et forme” must be shifted by the media world to maintain a healthy democracy. If news outlets lose their purpose, namely to bring forth, analyse, and discuss facts and opinions in order for the receiver to form his or her own, then what purpose has democracy? Though people that have a general disinterest in politics can learn and take interest in political life from this mass media, they remain a staunch minority. Young voters are the ones that are taking the least interest in politics and causing the main decrease in voter turnout. They are coincidentally the ones that have grown up in this era of mass media, 24/7 information and culture of entertainment at the detriment of political information.

If the news in a democracy has little substance, subpar writing, poor investigation and concentrates on a population more and more avid for entertainment and ‘clickbait’ instead of trying to invest in informative and qualitative journalism, what is the future of journalism?

Well, there are still men and women who work tirelessly, maintaining a scrupulous standard of quality journalism, informing, debunking, arguing local, national and global events. In a media world dominated by mediocrity, the excellent stand out more than ever.